Looking for a destination that’s different? A place that’s peculiar? Somewhere that’s truly off the beaten path? Iowa has you covered. Here are some spots that have stories and sights you won’t find anywhere else in the world. The only grass tennis court in Iowa and one of just a few in the entire country, the court built on a family farm is billed as tennis' "Field of Dreams" story. Visitors can make reservations via email to play on the court near Charles City. 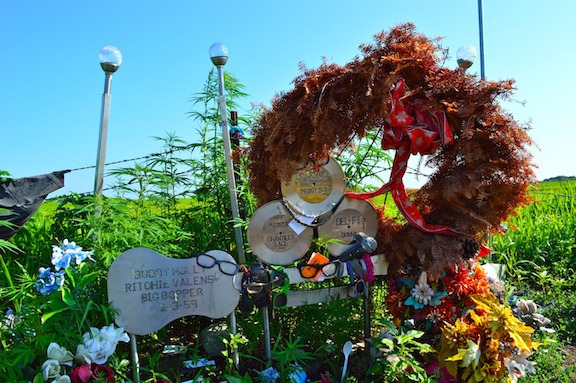 Take a day to remember the day the music died in 1959. That’s when Buddy Holly, Ritchie Valens and The Big Bopper died in a plane crash north of Clear Lake after playing their final shows during the Winter Dance Party at the legendary Surf Ballroom. 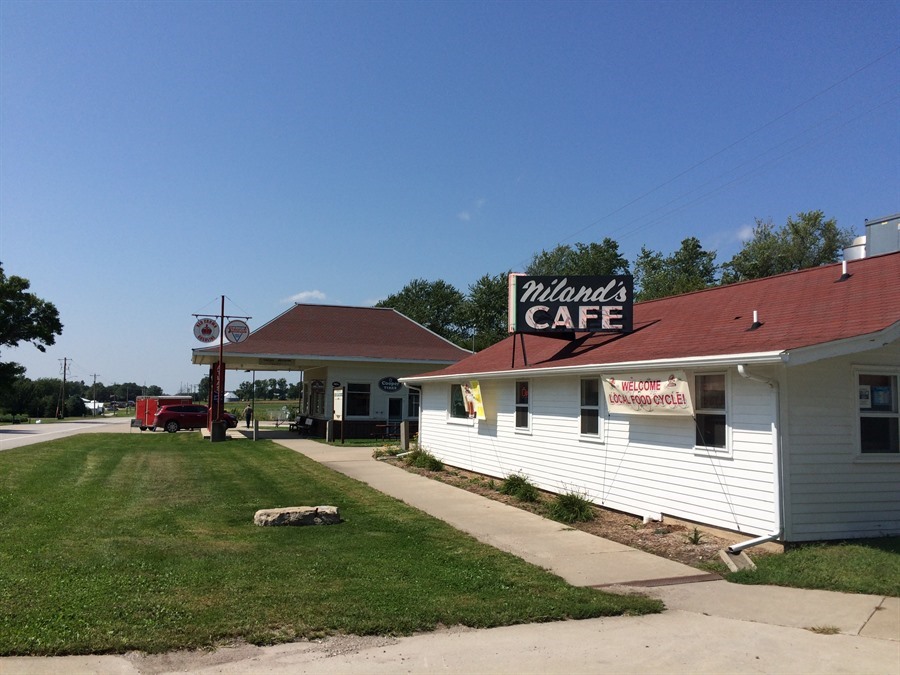 Ever since the early days of highway travel, Niland’s Café and the Colo Motel have been a haven for travelers. At the crossroads of the historic Lincoln and Jefferson highways near the town of Colo, the Reed/Niland Corner provides a "one-stop" experience for vacationers looking for a hot meal and comfy bed. 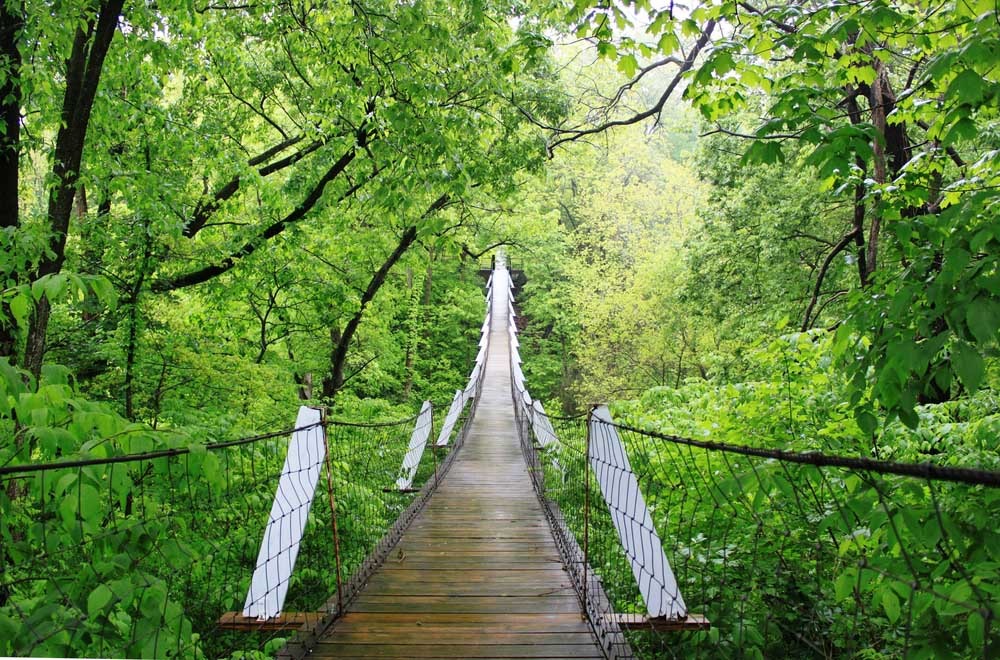 Originally built in 1886, the 262-foot-long swinging bridge in Columbus Junction, is also known as the “Lover’s Leap Bridge.” Legend says a lovesick Indian maiden jumped to her death from the bridge.

No, this isn’t a jail for squirrels. (Although, wouldn’t that be cute?) This rotating jailhouse in Council Bluffs is one of the only jails of its type left in existence. Tour the inner workings of this unique jail built in 1885 and learn about the prisoners it held. 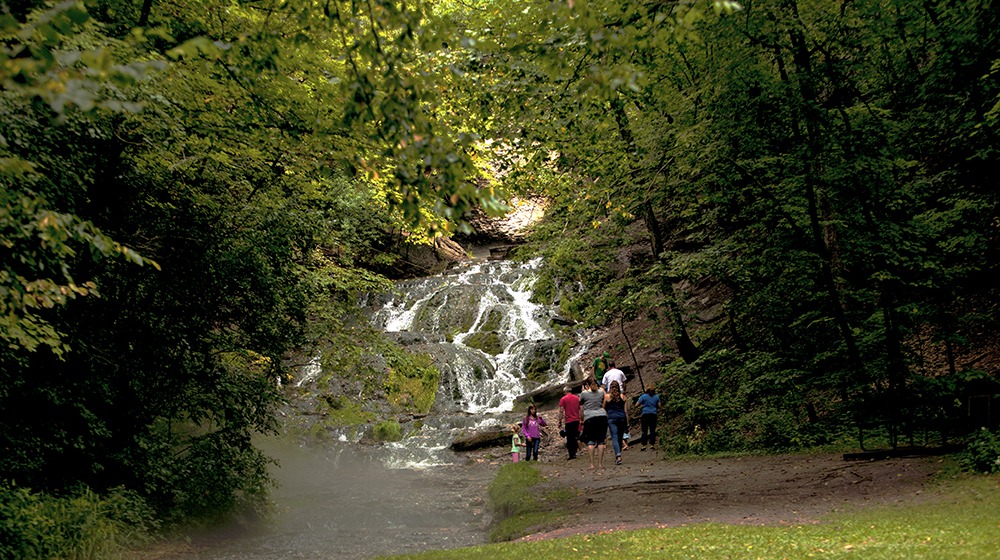 What a waterfall! This spectacular 200-foot-tall waterfall, located just minutes from downtown Decorah, is something you have to see to believe. Bring a picnic lunch and take a hike in the surrounding park. 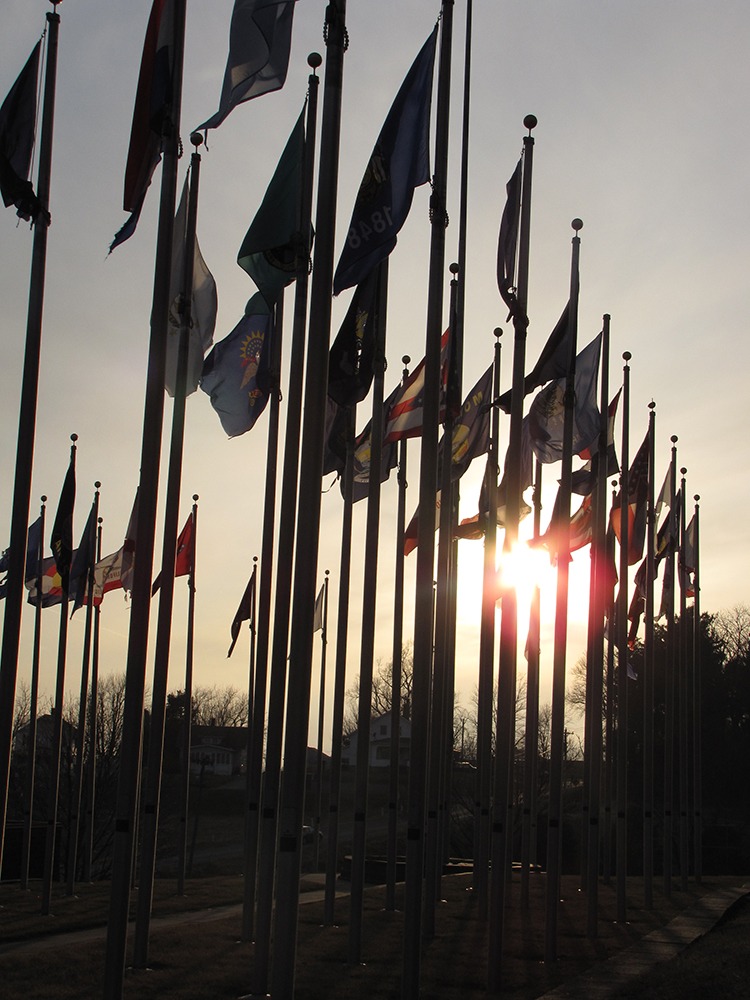 Brooklyn is known as "Iowa's Community of Flags" so it's no surprise they have an Avenue of Flags. The display, lighted year-round, includes flags from all 50 states, the Armed Services and special interests, all surrounding a huge United States of America flag. 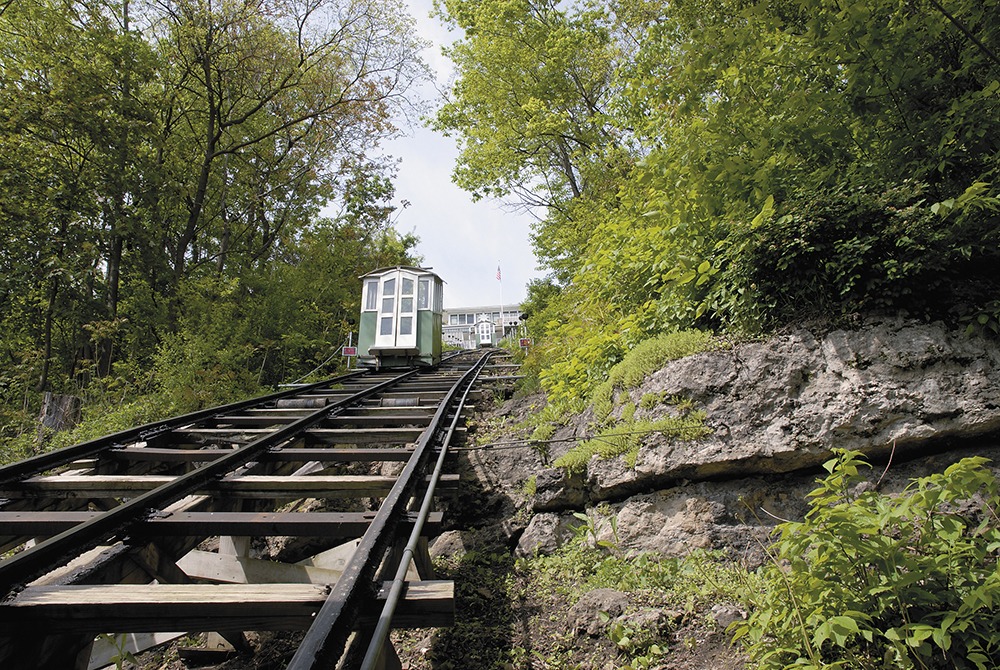 When you get to the top of the Fenelon Place Elevator in Dubuque, you’ll be able to see not one…not two…but THREE states! Take a ride on the shortest, steepest railway in the world that elevates passengers almost 200 feet in the length of one city block.

Grab a prop pitchfork and strike a pose in front of the house made famous by Grant Wood’s iconic American Gothic painting. If you want to go all out while visiting Eldon, the adjacent visitors' center offers costumes you can change into to create your own unique American Gothic portrait.

Established in 2001, Maharishi Vedic City is Iowa’s newest incorporated city and was created as a model of ideal city life. The Maharishi Vedic Observatory displays the whole structure of the universe in one compact form. The Raj is an internationally acclaimed health center and spa focused on Ayurvedic treatments. 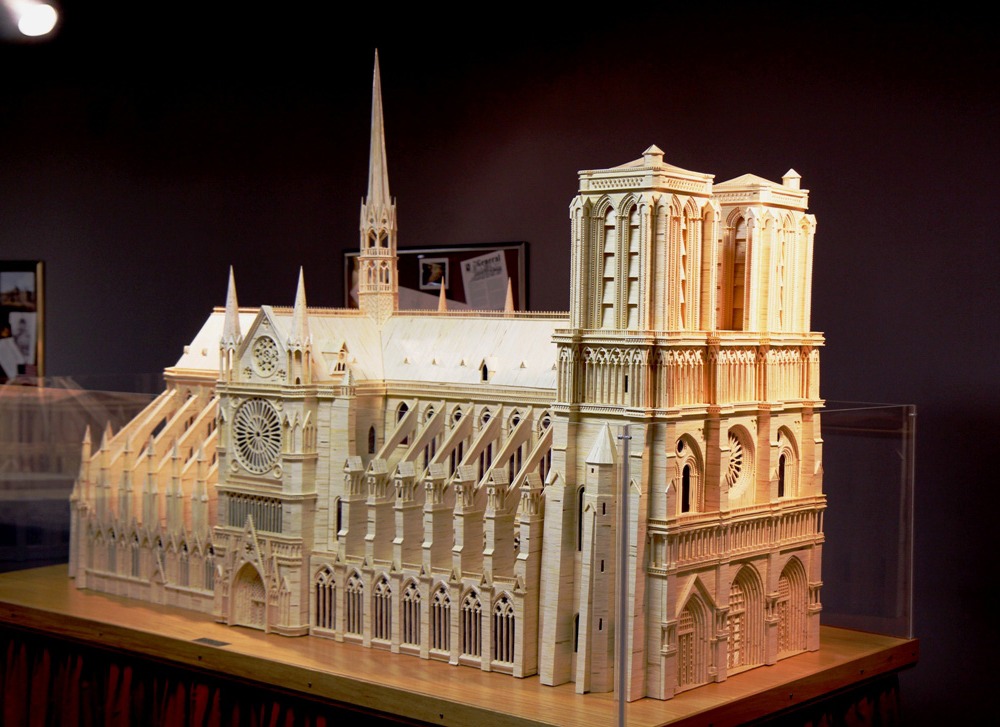 Since 1977, Gladbrook artist Patrick Acton has created dozens of intricate models and sculptures – constructed entirely of ordinary wooden matchsticks. See scale models of the Challenger spacecraft, Notre Dame Cathedral and more – all made with millions of matchsticks.

Vroom, vroom to the National Sprint Car Hall of Fame. This museum preserves the history of sprint car racing and achievers. The Knoxville Nationals, held in August, draws thousands of racing fans to Knoxville each year.

Castles in Iowa? You bet! The castle-like architecture of Ida Grove is credited to resident and business owner Byron Godbersen. Although many of the structures are privately owned, they truly are a sight to behold. 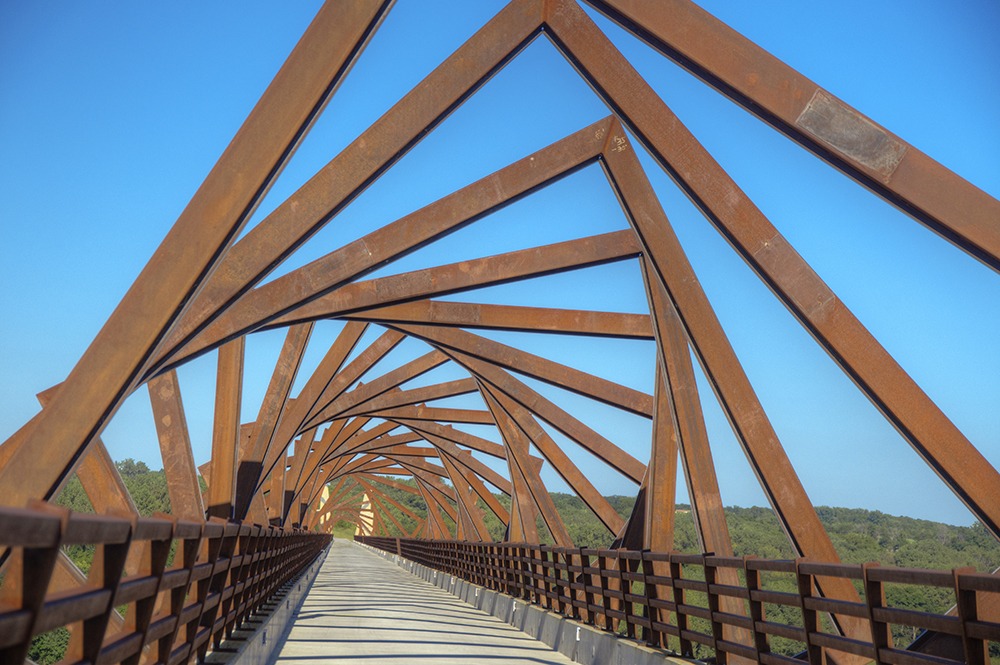 The High Trestle Trail is a nature lover’s paradise and a work of art. Its half-mile-long, 130-foot-tall bridge gets bathed in blue light at night. Bike, walk or jog across the bridge, located near Madrid, for a one-of-a-kind experience. 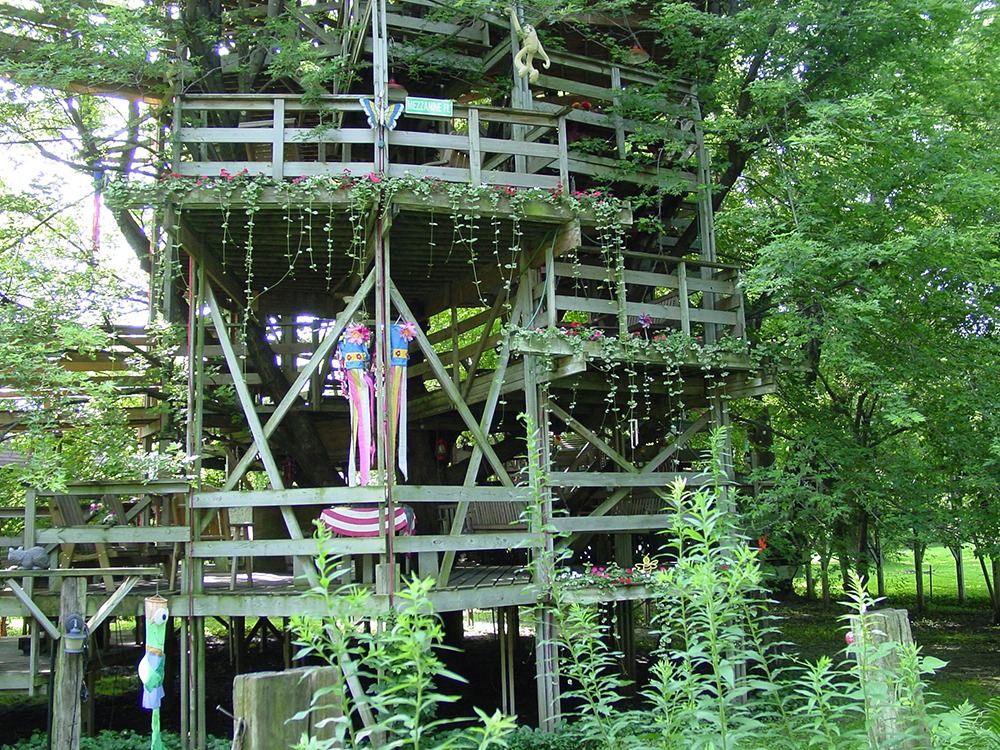 You’ll feel like a big kid when you visit the Big Treehouse in Marshalltown. You name it, and chances are this 12-level treehouse has it – electricity, running water, refrigerator, grill, 13 porch swings and a connected museum, to be specific.

Hop on over to the Hobo Museum in Britt, the only hobo museum in existence, to learn how American hobos have lived and worked throughout history. For even more hobo history, visit during Britt's annual Hobo Days. 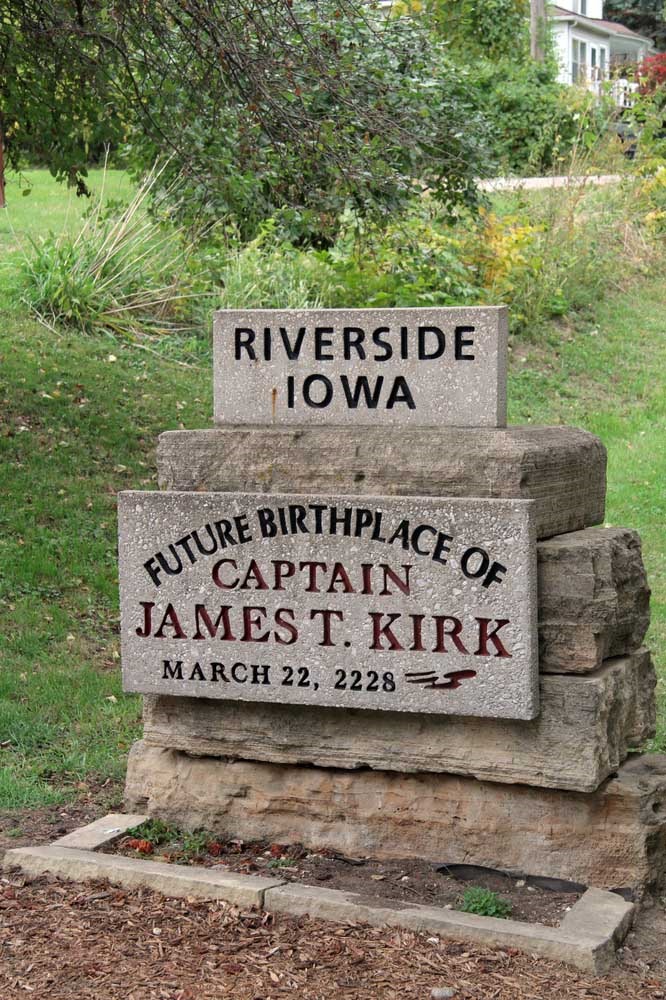 If you're a Trekkie, you have to visit the birthstone of Starfleet Captain James T. Kirk. According to the popular TV show Star Trek, he will be born in Riverside on March 22, 2228. Celebrate during the annual Trek Fest in June. 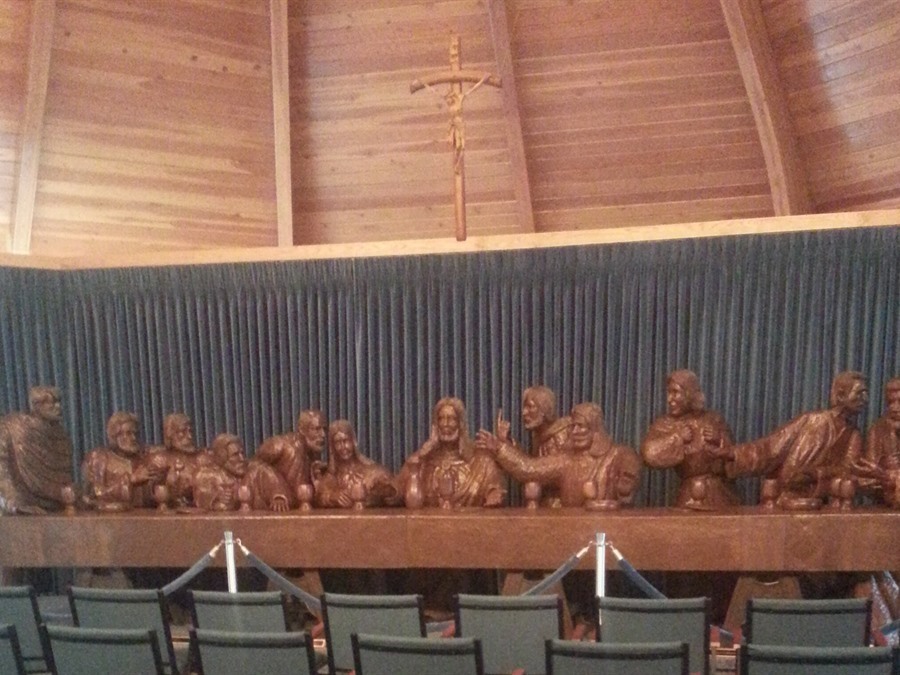 At Trinity Heights in Sioux City, you’ll find gardens and shrines used for areas of prayer and reflection. The peaceful setting also includes a life-size replica carving of The Last Supper. 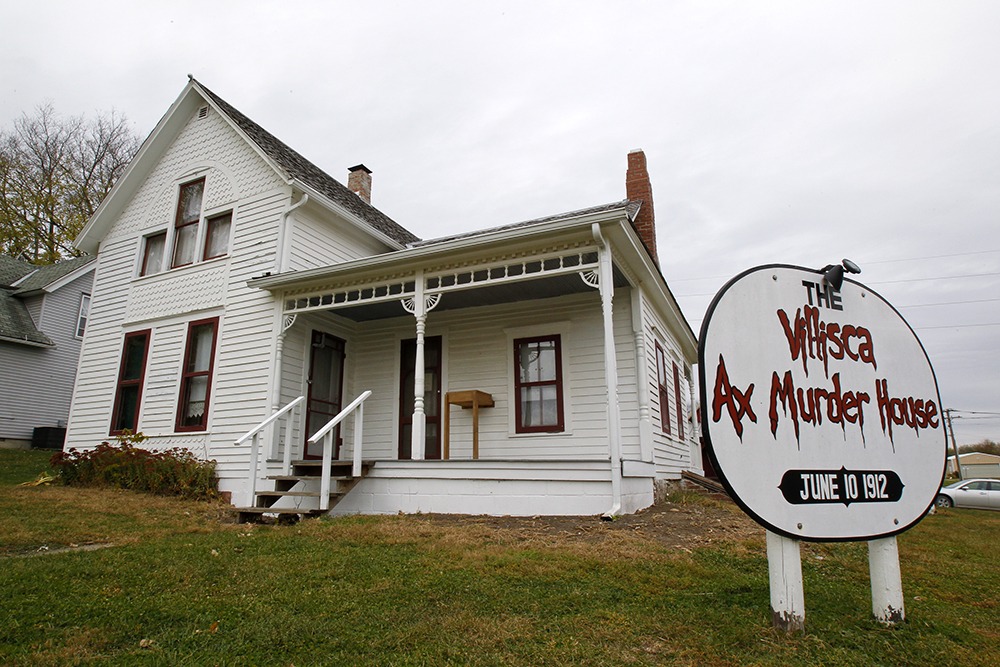 This isn’t for the faint of heart. Those who love to be spooked will want to book a stay at the Villisca Ax Murder House. In 1912, this was the site of brutal ax murders that took the lives of two adults and six children in the town of Villisca. Don’t say you haven’t been warned. Daytime tours also available. 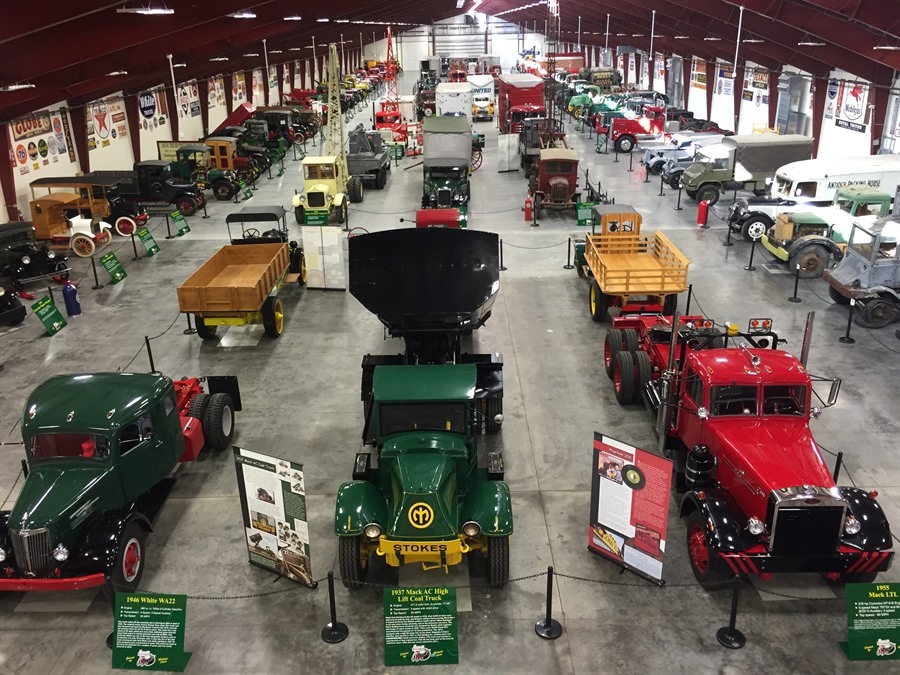 The Iowa 80 Trucking Museum just happens to be located at the World’s Largest Truckstop near Walcott. Here, you’ll find many rare and one-of-a-kind trucks on display. Watch a short film about trucking history and learn even more about the unparalleled magnificence of the trucks of yesteryear.

22. Shrine of the Grotto of the Redemption 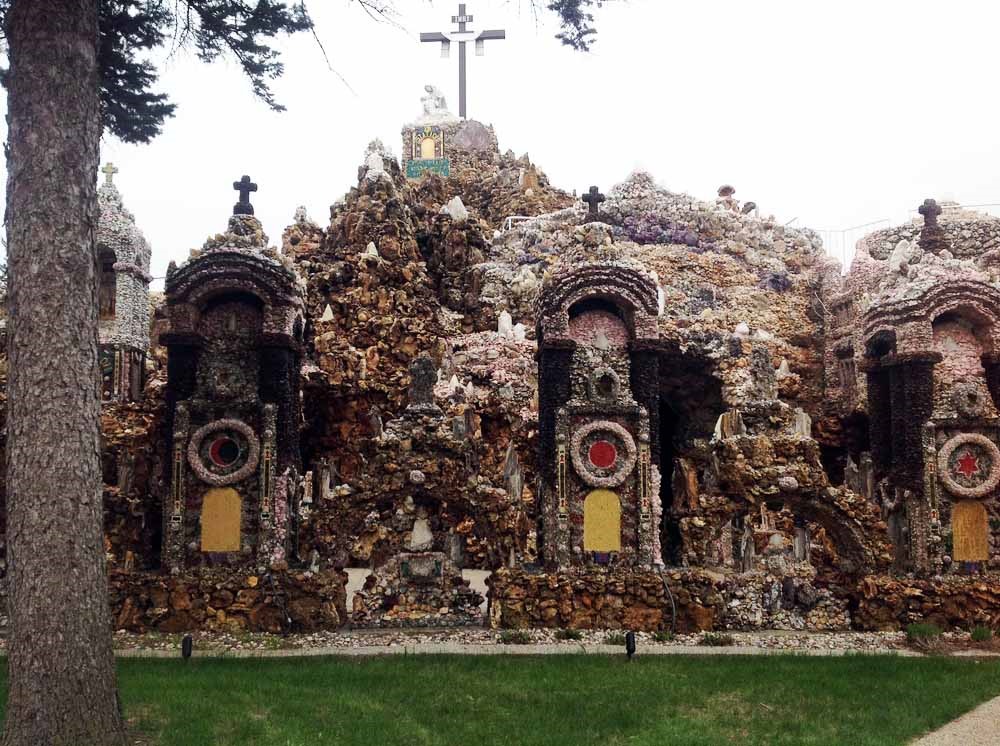 Set your sights on the largest collection of precious stones and gems found in one location at the Shrine of the Grotto of the Redemption in West Bend, the largest man-made grotto in the world. 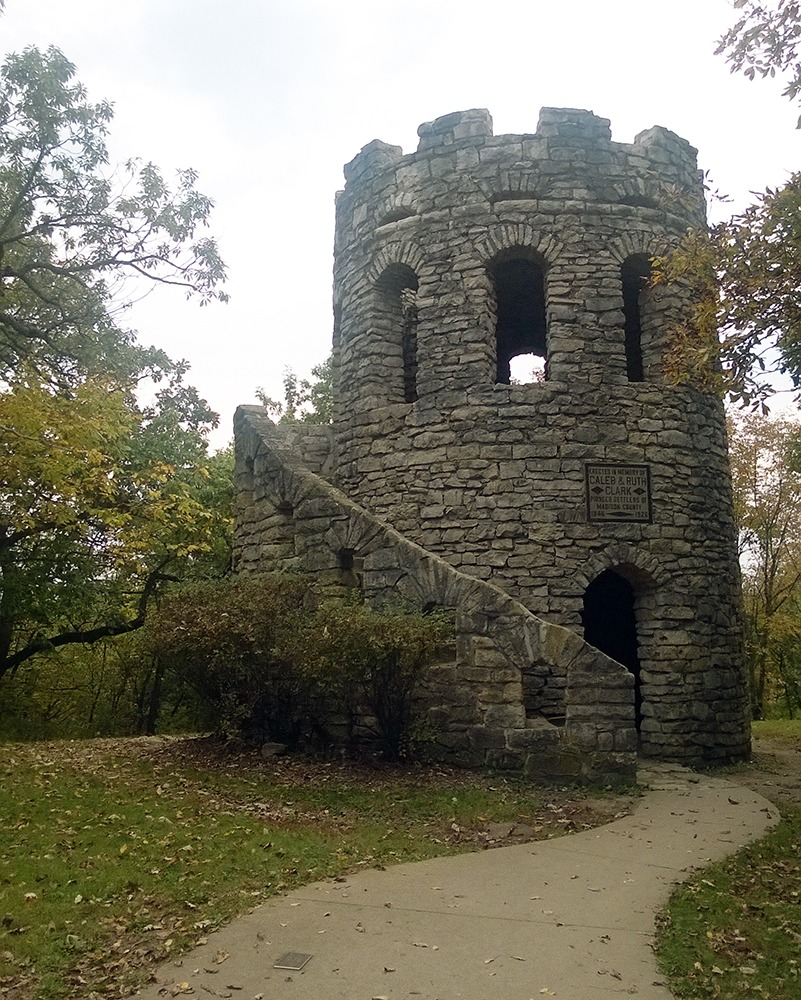 You’ll feel like you’ve meandered back to medieval times when you visit the Clark Tower in Winterset because the tower looks like it came right off the top of a castle. Be sure to climb to the top to take in the view.

Are you up for a wild ride? Just outside of Harpers Ferry in Northeast Iowa's Allamakee County is Roller Coaster Road (Yes, it's actually named that!). These thrills are typically reserved for the theme park, but here you can try it out with your car. Just remember to drive safely!