A president and first lady. Stars of the stage and screen. A fearless frontier lawman. Mega musicians. And a famous Starfleet Captain who technically hasn’t even been born yet. Yep, there’s no doubt that Iowa is home to our fair share of famous citizens. 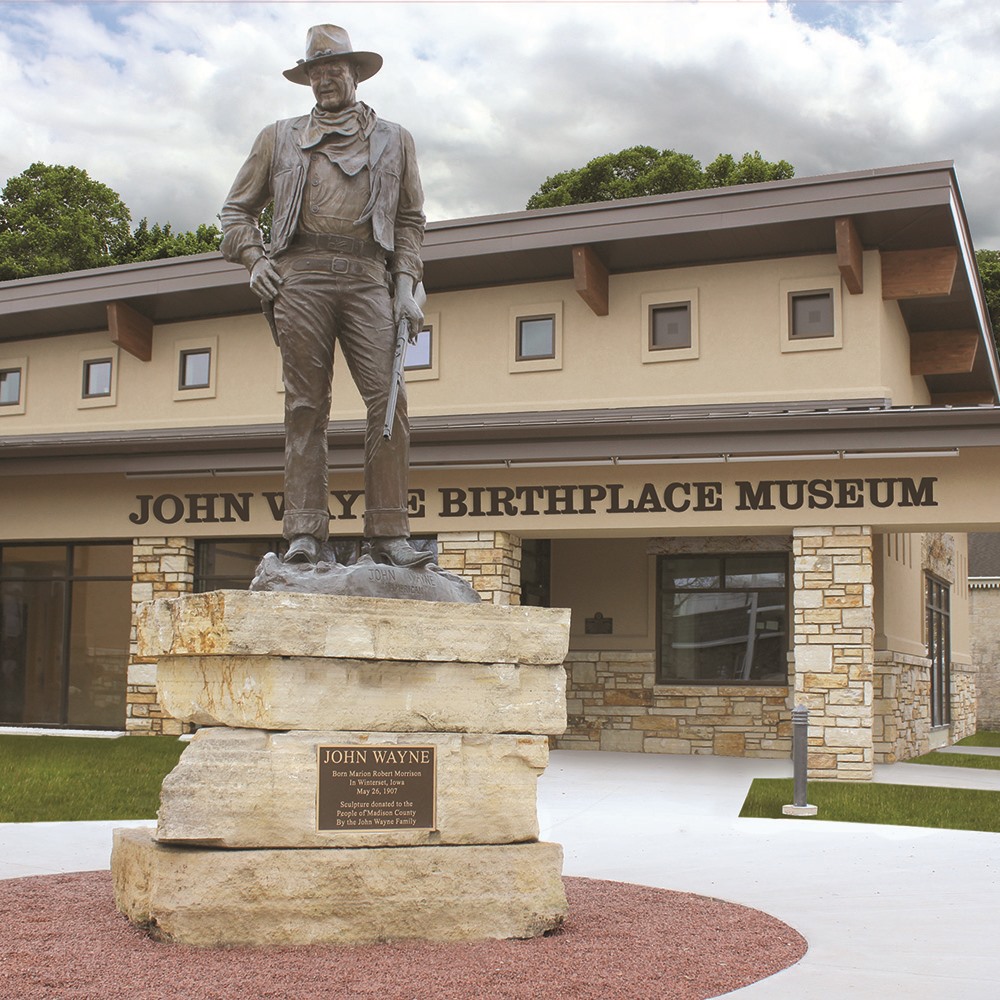 You have to make your way to John Wayne’s birthplace, Pilgrim. After all, that’s where you can see the modest four-room house in Winterset where Wayne lived. The collection includes rare photographs of the Duke and memorabilia from his movie career. An interactive museum opened May 2015 and includes a welcome center, theater, extensive exhibit space and gift shop. 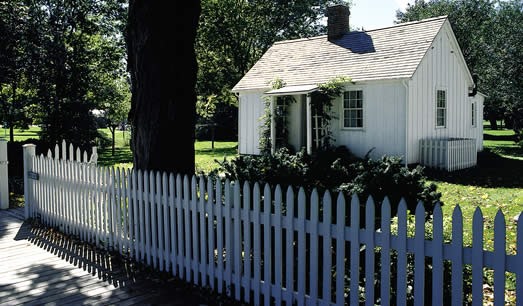 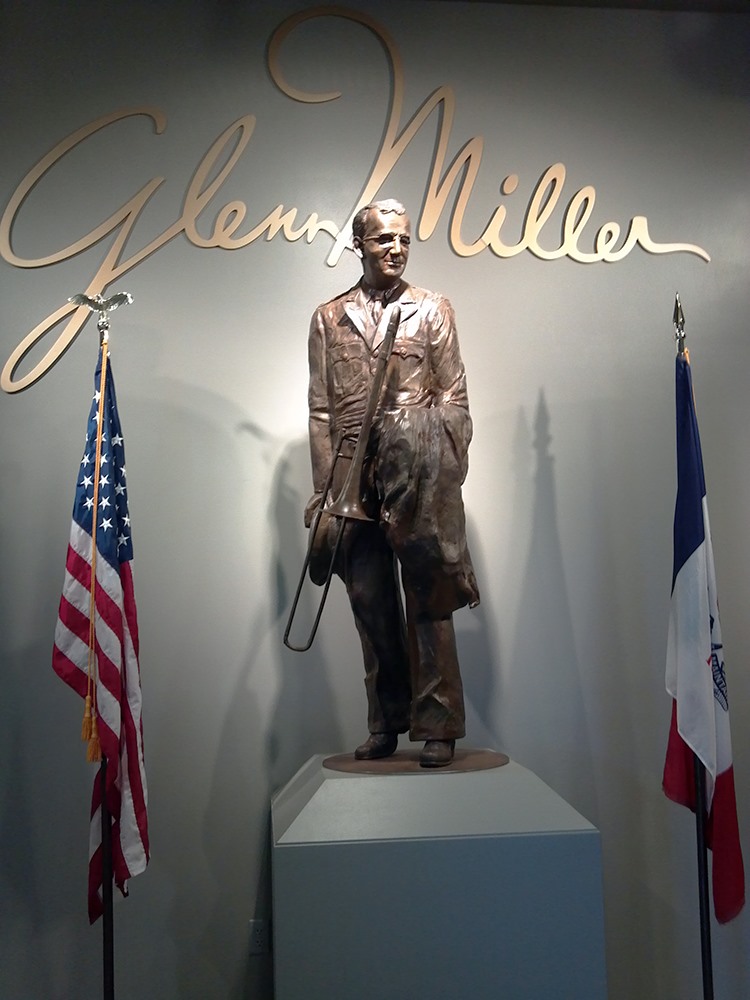 You can almost hear the band in full swing when you visit the Glenn Miller Birthplace Museum and Home in Clarinda. The home of one of the Big Band era’s most innovative leaders has been restored to reflect the time around 1904 when he was born, and the museum tells the story of his life and career through photos and memorabilia. The museum is open Tuesday-Sunday year-round and each June, Clarinda hosts the Glenn Miller Festival to celebrate his life and music.

Heeeeeere’s Johnny Carson’s Birthplace Home in Corning! Legendary late-night entertainer Johnny Carson was born in Corning in 1925 and spent his early years growing up in the home on 13th Street. Recently restored to the era when Johnny lived there, the home features photos and memorabilia from his career. The home is open each Saturday Memorial Day through Labor Day or by appointment. 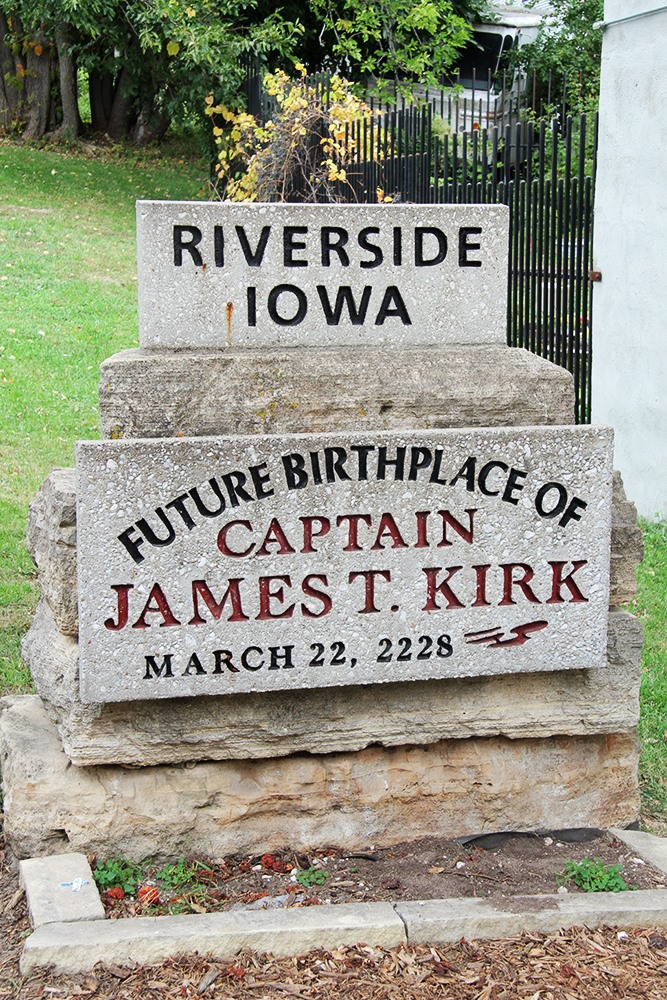 Are you a Trekkie? Then of course you have to visit the birthstone of Starfleet Captain James T. Kirk, who according to the popular TV show Star Trek, will be born in Riverside on March 22, 2228. See a scale model of the USS Riverside, which resembles the USS Enterprise, docked in the city park. Riverside also hosts a Trek Fest annually in late June featuring parades, costume contests, meet and greets with former Star Trek cast members and Trek trivia. 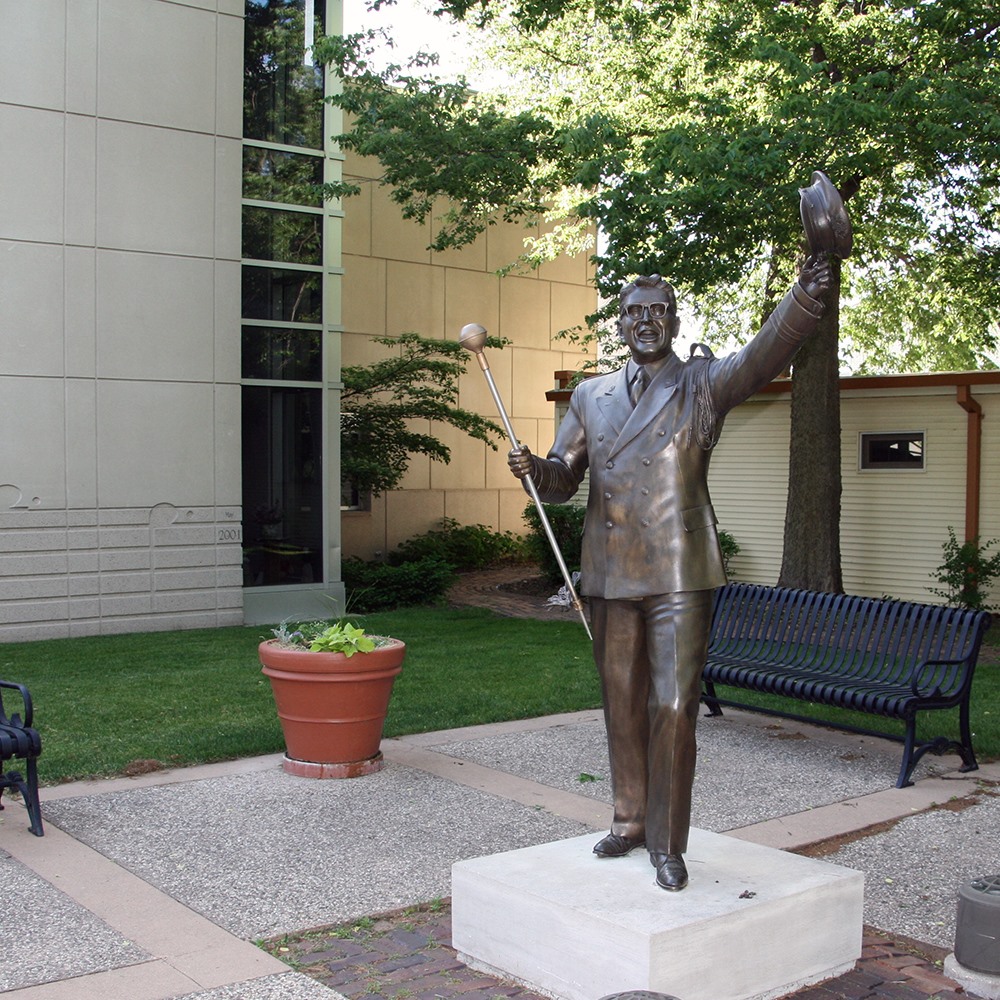 They’ve got no trouble in Mason City. After all, the town is home to the Meredith Willson Boyhood Home, where the famous bandleader and composer of The Music Man lived as a child. His boyhood home is filled with family memorabilia, musical treasures and period furnishings. The nearby Music Man Square development re-creates the flavor of River City with a streetscape based on the set designs from the original musical. The complex is open each afternoon year-round, Tuesday through Sunday. 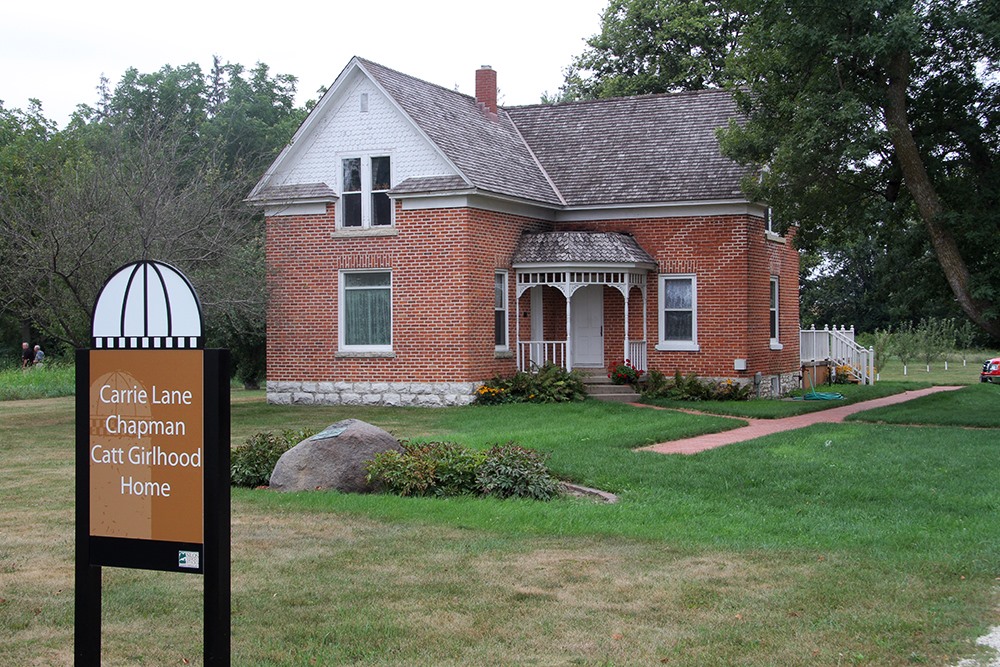 Tour this National Historic Register home, built in 1866 near Charles City, that tells the story of Carrie Chapman Catt, one of America’s most influential women and founder of the League of Women Voters. Learn how the young Floyd County girl grew into a woman who fought for equal voting rights around the world. Visit from Memorial Day through Labor Day or by appointment. 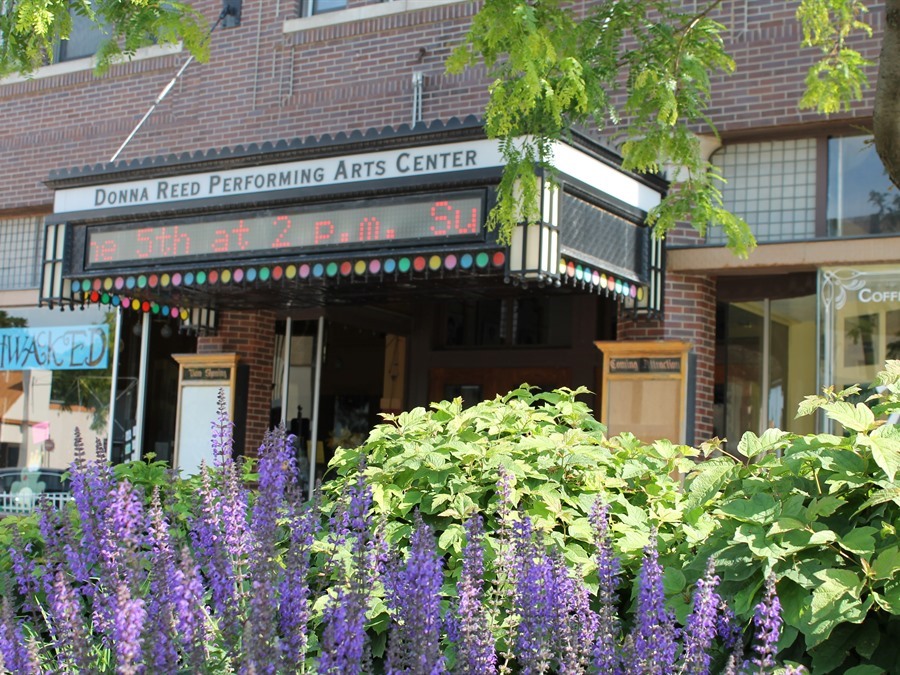 One of America’s most beloved sweethearts, Donna Reed, was born in Denison in 1921. Learn about her life, awards and honors at this 1914 German opera house that contains the Donna Reed Heritage Museum and Donna Reed Theatre. See photos of The Donna Reed Show cast, personal items from her life and movie memorabilia. 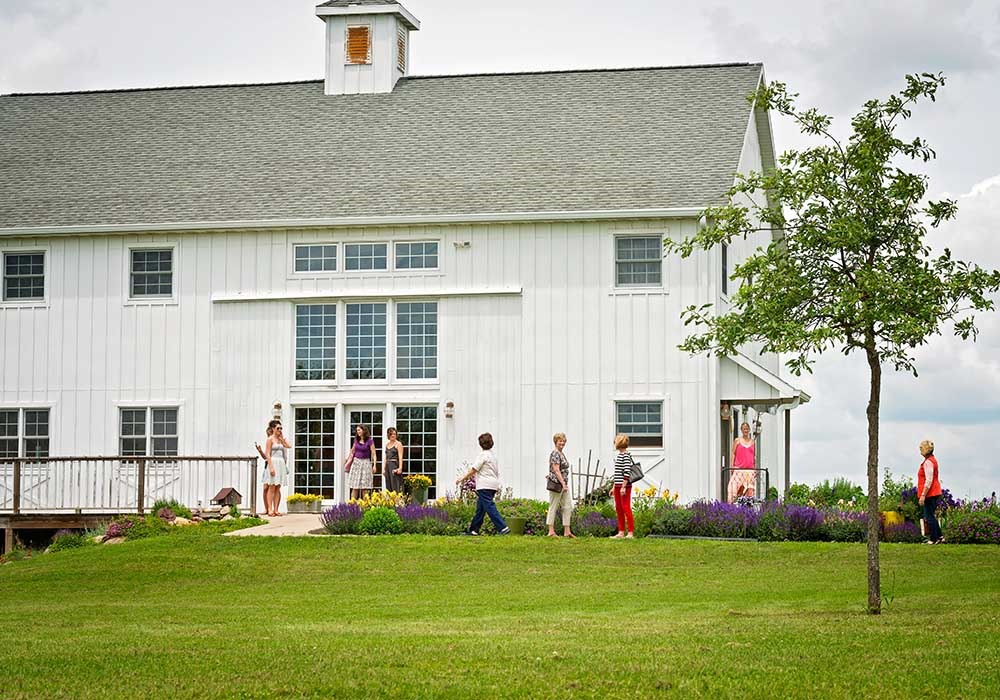 Henry A. Wallace served as U.S. Secretary of Agriculture from 1933 to 1941, U.S. Vice President from 1941-1945 and U.S. Secretary of Commerce from 1945-1946. Early in his career, he founded seed corn company Pioneer Hi-Bred and was an editor at Wallaces’ Farmer magazine (a publication started by his grandfather, Henry Wallace). The outdoor interpretive site near Orient features his philosophies, ideas and achievements through artwork, gardens, orchard, prairie, walking trail and Gathering Table restaurant (serving lunch and dinner on Fridays). You can tour the grounds any time and the center is staffed weekdays year-round.

The Wild West was a little bit wilder thanks to Buffalo Bill. William Cody, born in Le Claire, was a fur trapper, gold miner, Pony Express rider and Army Scout (where he earned his nickname “Buffalo Bill” for his hunting prowess). But he was most famous for his Wild West show. The show used real cowboys and cowgirls – including Annie Oakley – to demonstrate bronco riding, roping and other skills. The 1847 farmhouse made of native limestone with walnut floors and trim was built by Cody’s father and has been restored and furnished with items typical of the mid-19th century. Buffalo graze on the land surrounding the house. 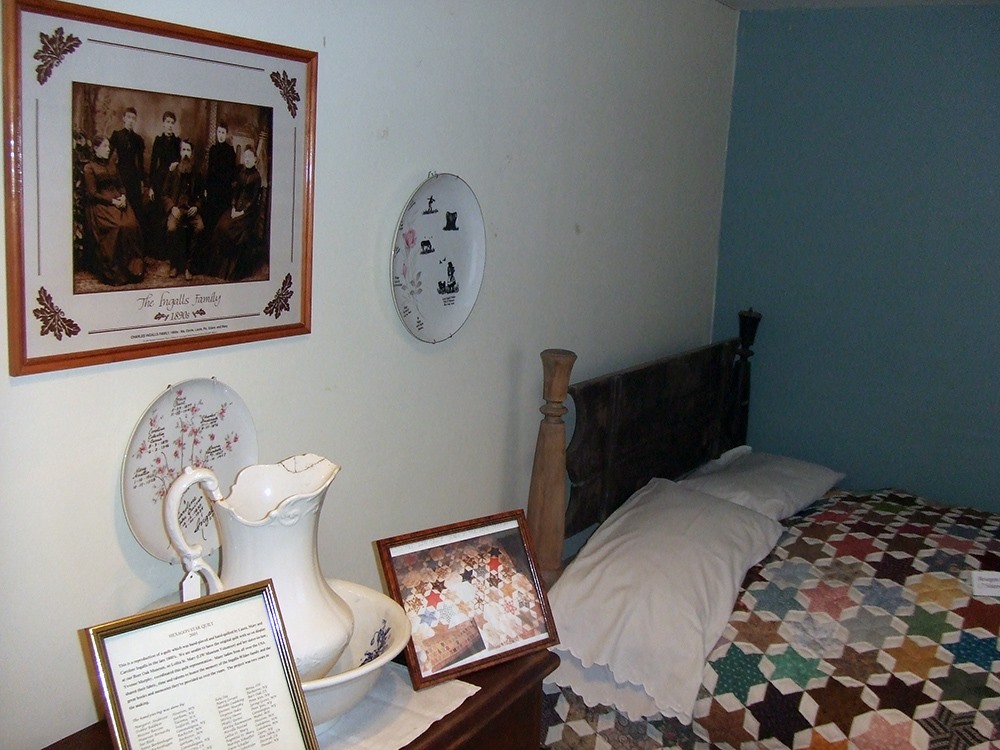 Ever wondered what prairie life was really like? When you visit this childhood home of Laura Ingalls Wilder in Burr Oak, you can get a glimpse. The Ingalls family moved here in 1876 so Laura’s father could manage the Burr Oak Master’s Hotel. This is the only childhood home of hers that remains at its original site. The hotel has been restored to its 1876 appearance and is listed on the National Register of Historic Places, along with the 1910 bank building that houses a visitor center. Ingalls Wilder authored the beloved Little House on the Prairie books, which recount her family’s life. The grounds host tours daily May through October. 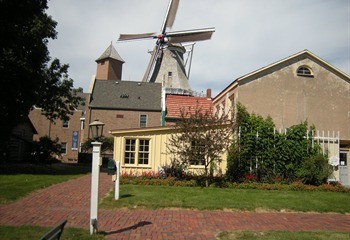 You’ll give the Wyatt Earp House in Pella the A-OK after you visit. Earp is best known as the principal survivor of the gunfight at the OK Corral and the fearless frontier lawman of Wichita and Dodge City, Kansas. Located in Pella’s Historical Village, Earp’s boyhood home was restored in 1966 as a typical 1850s residence and is on the National Register of Historic Places. The Pella Historical Village is open Monday through Saturday from May through October.

You’ll be over the moon (river) for the birthplace home of Andy Williams in Wall Lake. The 1960s pop singer and variety show host was born in Wall Lake in 1927 and went onto record 17 gold-certified and three platinum-certified albums. His birthplace home features items donated by Williams and members of his fan club, along with other items of local historical interest.

Dr. Norman Borlaug, Founder of the World Food Prize
The Nobel Peace Prize laureate’s work in agriculture saved hundreds of millions of people from famine and starvation. His boyhood farm in Cresco is undergoing restoration. The World Food Prize Hall of Laureates in Des Moines also pays homage to Borlaug.

George Gallup, American pioneer of public polling techniques
He founded the Gallup Poll. Make a reservation to spend the night at the B&B now housed in Gallup's birthplace and boyhood home in Jefferson.

John Froelich, Inventor
Froelich invested the first successful gasoline tractor able to propel itself backward and forward in 1892. This tractor was the forerunner of John Deere & Company. Visit the Froelich Historic Site in the town of Froelich to learn more.

Steve Higgins, Comedian
Born in Des Moines, Higgins' career started with the creation of an area comedy troupe before he gained fame as the announcer of The Tonight Show Starring Jimmy Fallon and a writer/producer for Saturday Night Live. His brothers David and Alan also stepped into the spotlight. David is most recognized for his role in the T.V. show Malcolm in the Middle, which Alan was a writer and producer for.

Bob Feller, Baseball Hall of Fame pitcher
Called "The Heater from Van Meter," he played 18 seasons with the Cleveland Indians.

Dan Gable, Olympic gold medalist - wrestling
Learn about his accomplishments and those of other Iowa wrestlers at the National Wrestling Hall of Fame Dan Gable Museum in Waterloo.

Shawn Johnson, U.S. and world champion and Olympic gold and silver medalist - gymnastics
Learn more about her accomplishments at the Iowa Hall of Pride in Des Moines.

Kurt Warner, Professional football player
Two-time NFL Player of the Year and MVP of Super Bowl XXXIV. The four-time Pro-Bowler was born in Burlington and raised in Cedar Rapids.

Iowans in Film, TV and the Arts

Felix Adler, Circus clown
Felix Adler was a famous Ringling Bros. and Barnum & Bailey circus clown, born and raised in Clinton. His family founded the Felix Adler Children's Discovery Center in his honor, which includes displays of his costumes.

American Pickers, Mike Wolfe & Frank Fritz
These lifelong Iowans host a popular series about the search for rare antiques. The show originates from the Antique Archaeology in Le Claire.

Simon Estes, World-renowned opera singer
Estes grew up in Centerville and has thrilled audiences around the globe as a preeminent bass-baritone.

Ashton Kutcher, Actor
Born in Cedar Rapids, Kutcher starred on That ’70s Show and Two and a Half Men.

Jane Smiley, Author
This Pulitzer Prize-winning author earned her M.F.A. and Ph.D. at the University of Iowa.

Elijah Wood, Actor
Movie star and Cedar Rapids native best known for his role as Frodo Baggins in the blockbuster trilogy Lord of the Rings.