Iowa's communities offer much more than small town charm. If you look a little closer, you can find ethnic restaurants honoring their homeland and serving the flavors of the world right here in small town Iowa. So, leave your passport at home and take your taste buds on an exciting journey to these 10 spots featuring Iowa's best cultural cuisine. 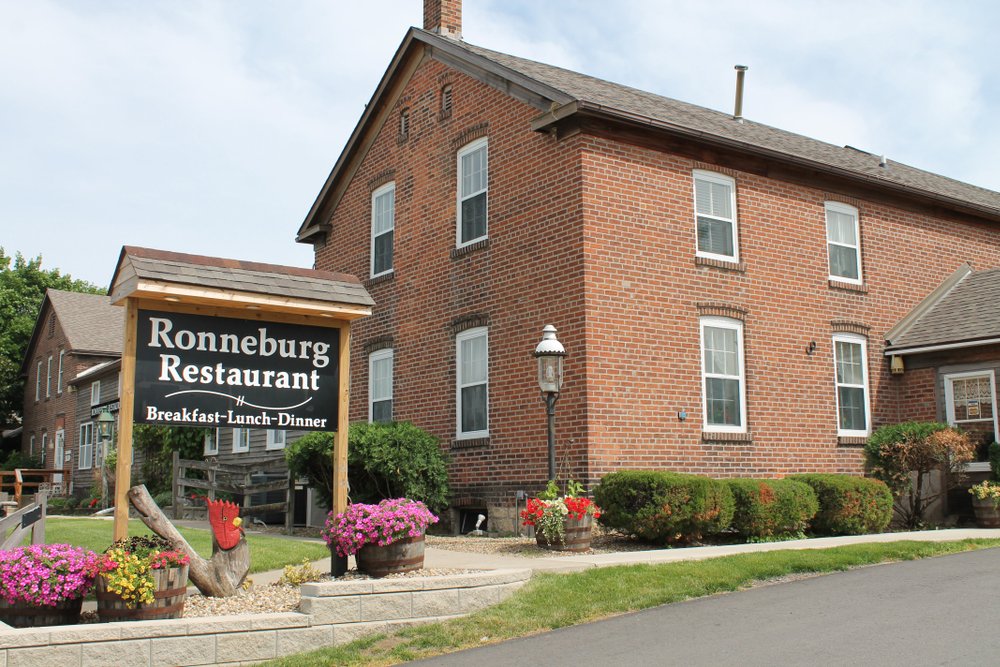 Named after the medieval fortress in Hesse, Germany, this renowned Amana restaurant serves up delicious family-style German meals while also honoring the area’s intriguing history. When a group of persecuted Germans emigrated to Iowa in 1855, they set up a collection of seven small villages in the fertile Iowa River Valley near Iowa City. The building that houses Ronneburg acted as a communal kitchen for the colony before officially opening as a restaurant in 1950. Today, Ronneburg serves tasty meals in five dining rooms with a home-like feeling that also features art created by local artists as well as historic photos portraying the Amanas nearly 100 years ago.

With a unique combination of home-cooked Mediterranean and American foods, Istanbul Grill offers the perfect eating spot for those looking to explore new cuisine. Try their popular kebab or falafel plates or experience the best of comfort food with their deep-dish pizza. No matter the order, this family-owned restaurant in Fairfield puts love and passion into every dish. 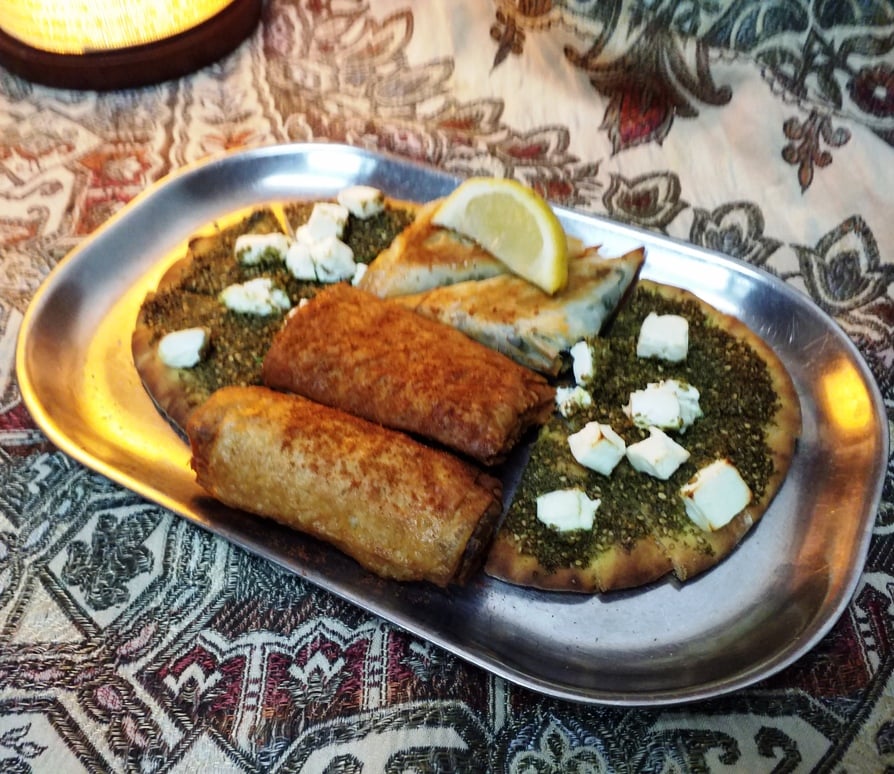 After meeting in Boston in 2001, avid adventurers Brian, a New Hampton native, and Frederique, who is of French and Algerian descent, decided to travel together. Frederique joined Brian on a trip home, during which the two visited Elkader and fell in love with the community, named after the greatest Algerian hero Emir Abd El Kader. After growing tired of the constant rush of city life, Brian and Frederique decided to move to their favorite Iowa town and open a restaurant combining their two ethnicities. In 2007, Schera’s Algerian American Restaurant & Bar introduced gourmet dining options to small town Iowa. Today, the restaurant remains a cultural destination for travelers and has been featured on NPR, the BBC, IPTV and CNN. 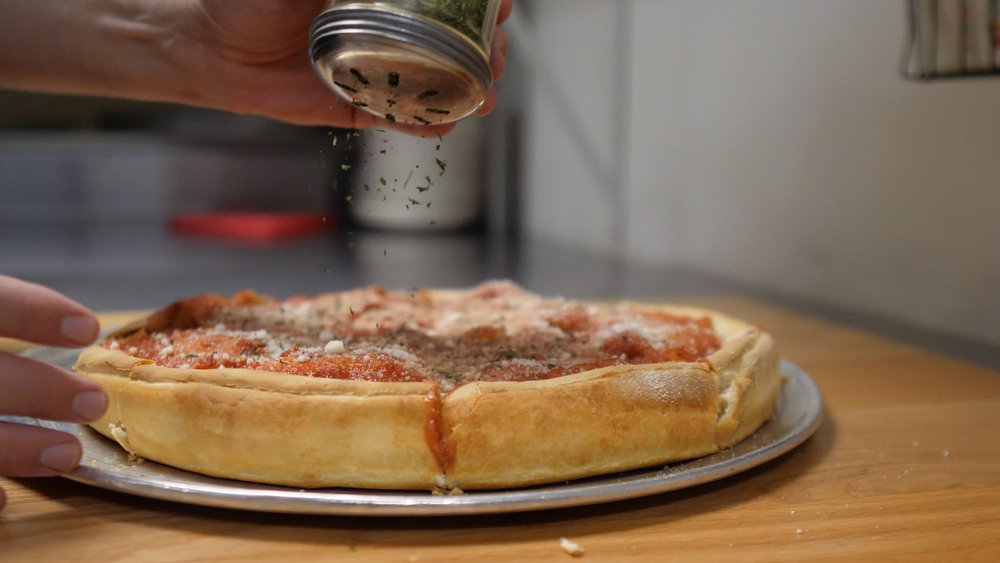 When Reno Vitale and his wife Enza moved to Illinois and operated a successful small town pizzeria, they discovered their love for the states and serving delicious food. The duo moved back to Italy after their children left home, but after a couple years felt the need to return to the U.S. They moved back, this time to Muscatine, and recreated their pizzeria called Roma’s Pizza before passing the business on to their son, who renamed the restaurant Salvatore’s Ristorante. Today, Salvatore’s remains part of the Vitale family and features authentic Italian recipes such as fresh pasta al pomodoro, Sicilian pizza and Reno’s famous Ribeye.

In their native Vietnam, Mo Tran and his family experienced many hardships from financial stress to political unrest. Moving to the U.S. represented their shot at personal freedom and entrepreneurship. They relocated to Pittsburgh then made the move to the Midwest and got jobs at meatpacking plants before opening their own restaurant Da Kao in 1994. Serving Chinese and Vietnamese foods, this quaint Sioux City café eventually grew to become the city’s biggest and most successful Asian eatery, earning the Siouxland’s Choice Award for “Best Asian Restaurant.” This family-owned restaurant’s authentic Asian dishes such as pho, Vietnames pork noodle soup and Chinese favorites draw and impress hungry visitors from around the Midwest. 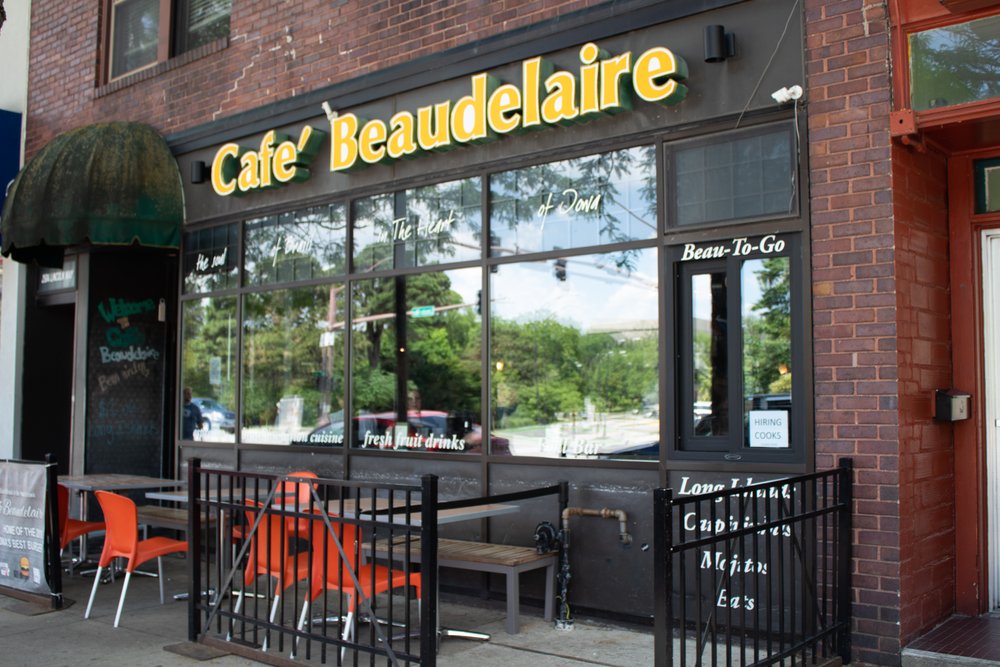 Since 1990, Café Beaudelaire has introduced the soul of Brazil to Iowans and Midwesterners alike. Located across the street from Iowa State University in Ames, this café’s Brazilian fusion cuisines and beloved long-island iced teas have earned it a special spot in current and former Cyclones’ hearts. And the burgers are good too, earning recognition as the best in Iowa in 2018. Today, the café’s unique atmosphere, its soundtrack of pop songs covered in bossa nova, or Brazil’s samba music style, and Portuguese dishes surprise customers and make this spot a truly one-of-a-kind find. 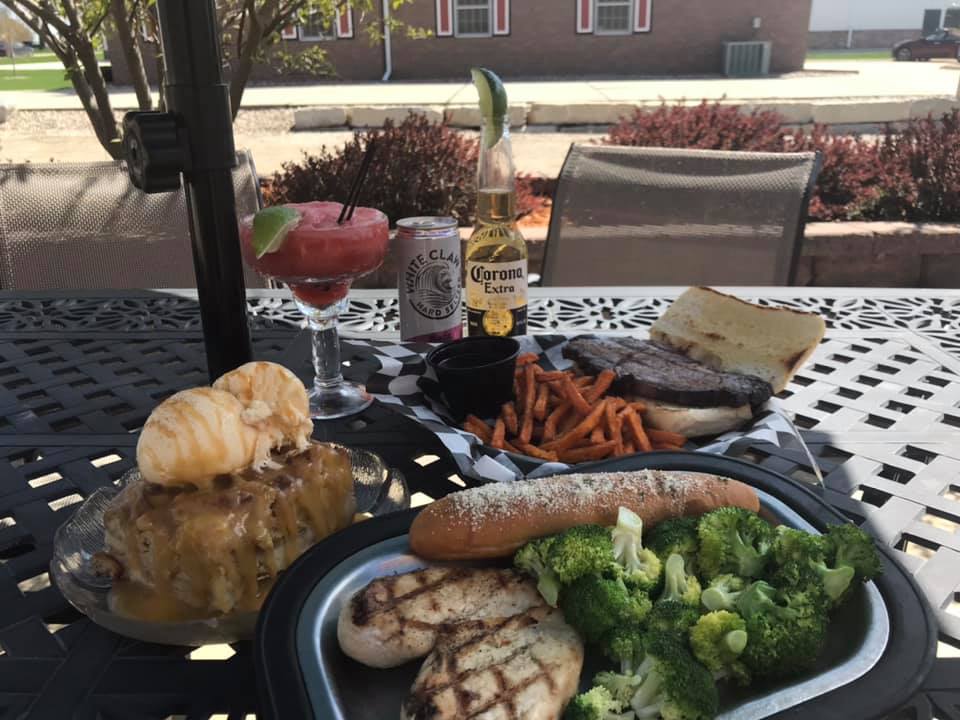 A step through the door of Nederlander's Grill transports visitors back in time to a small village restaurant in the Netherlands. Honoring Orange City’s Dutch history, this small-town restaurant serves up delicious Dutch dishes, including local favorites like pea soup, Dutch apple pie, Dutch fried potatoes, bread pudding and gourmet sandwiches. Their menu also offers Dutch trivia and vocabulary, as well as news articles telling the story of the community’s Dutch settlement in the 1870s. 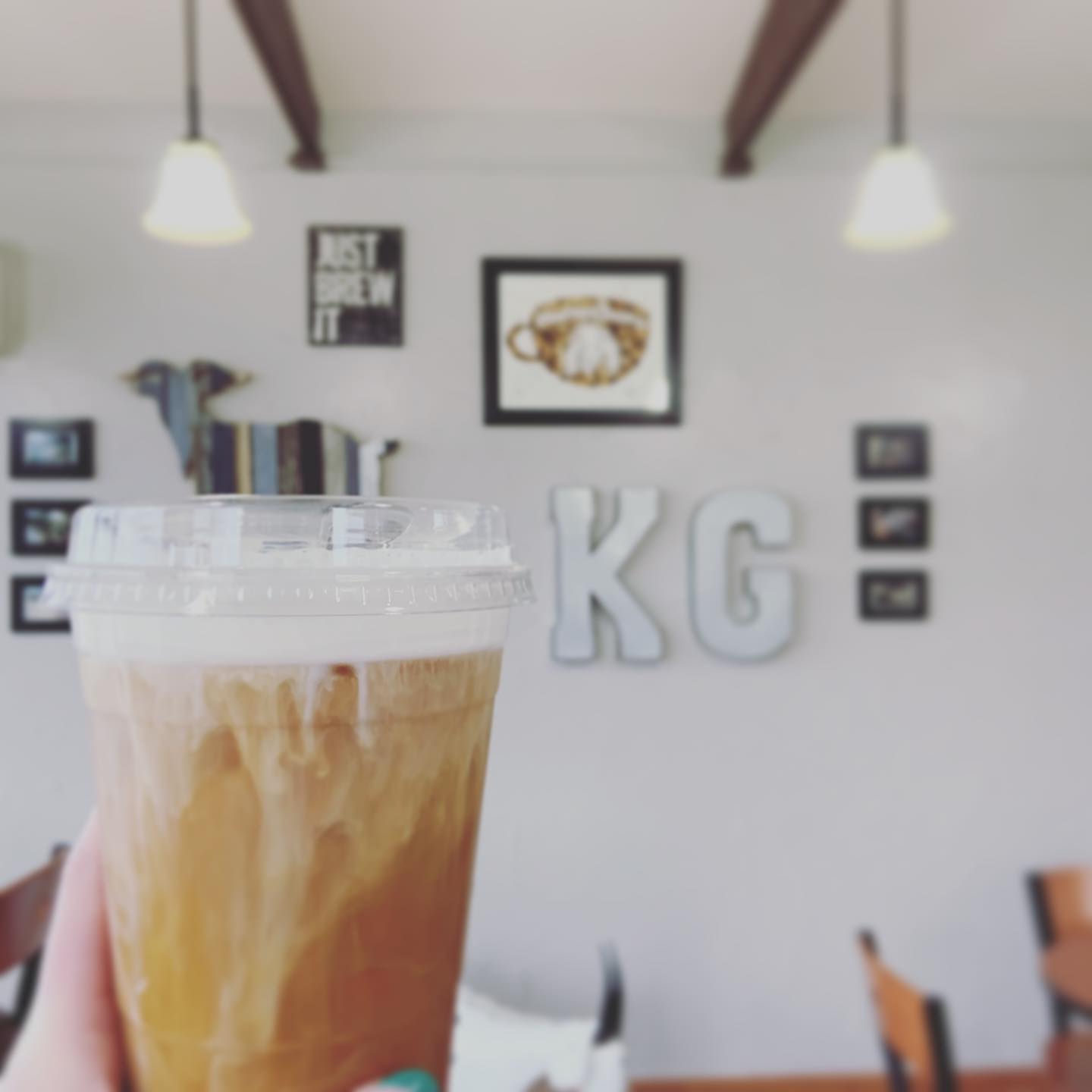 Meaning “the coffee goat” in Norwegian, Kaffe Geita goes to great lengths to honor its Scandinavian culture and history. According to an Ethiopian legend, goats are credited with discovering the effects of caffeine after being energized following the eating of specific berries, which were then harvested and turned into a drink. While the Story City café doesn’t serve these berries, their high-quality coffees, pastries and daily lunch specials leave visitors buzzing with energy and delight. 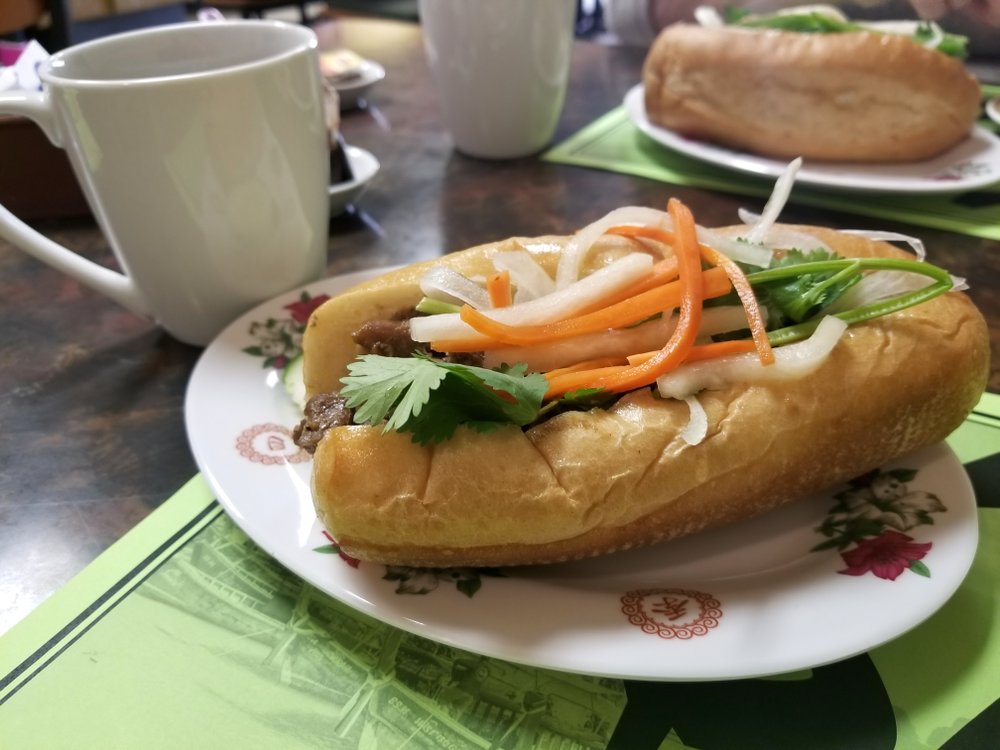 With its mix of Vietnamese, Laotian and Thai fare, it’s easy for visitor to Jack’s Pho House to forget they're in the heart of Iowa. Serving Marshalltown fresh, homemade food since 2015, this restaurant specializes in customer favorites from pad Thai, curries, drunken noodles and spring rolls to 19 flavors of bubble tea.

Located in downtown Storm Lake, Delicias Bakery offers a taste of Hispanic culture and a feast for the eyes. Owner Diego Diaz loves sharing traditional Mexican favorites like marranitos, a pastry with a texture somewhere between a cookie and a cake, not too crispy nor overly soft or sweet. Coming from a family of California bakers and a childhood in Michoacán, Mexico, Diego fell in love with Storm Lake’s Hispanic population and small-town atmosphere, which encouraged him to add his own flair to the community. Not only does the bakery serve delicious pastries to the local community, it also runs a two-day delivery route to stores throughout northern Iowa and southern Minnesota each week. As Seen (and Eaten) on TV