As Seen (and Eaten) on TV

Dine at some of the most noteworthy locations in Iowa – these restaurants have all been featured on the Travel Channel, Food Network and more. 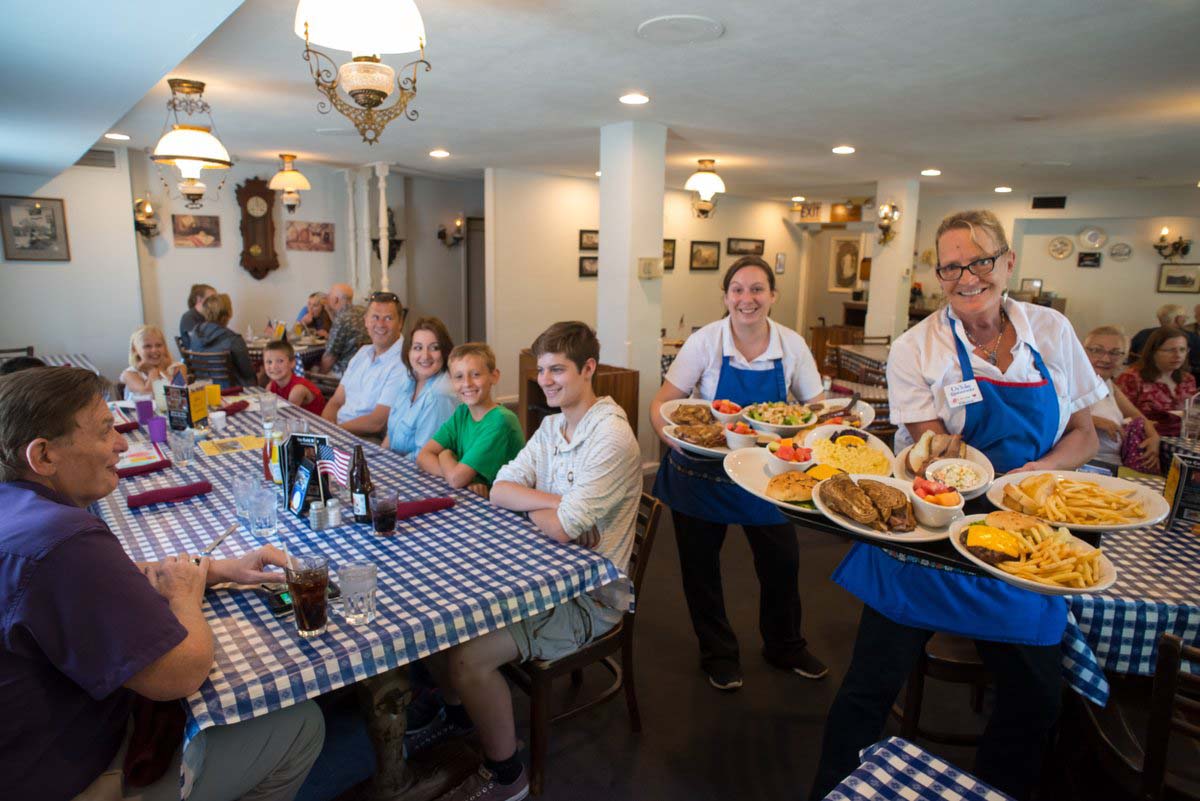 Located in a National Historic Landmark home in the Amana Colonies, the Ox Yoke Inn's family-style dining and honey apple pork dish were featured on "Pork Paradise," a segment of the Travel Channel's "Food Paradise" series. Ox Yoke uses old-world German and American recipes passed down from four generations of the Leichsenring family. 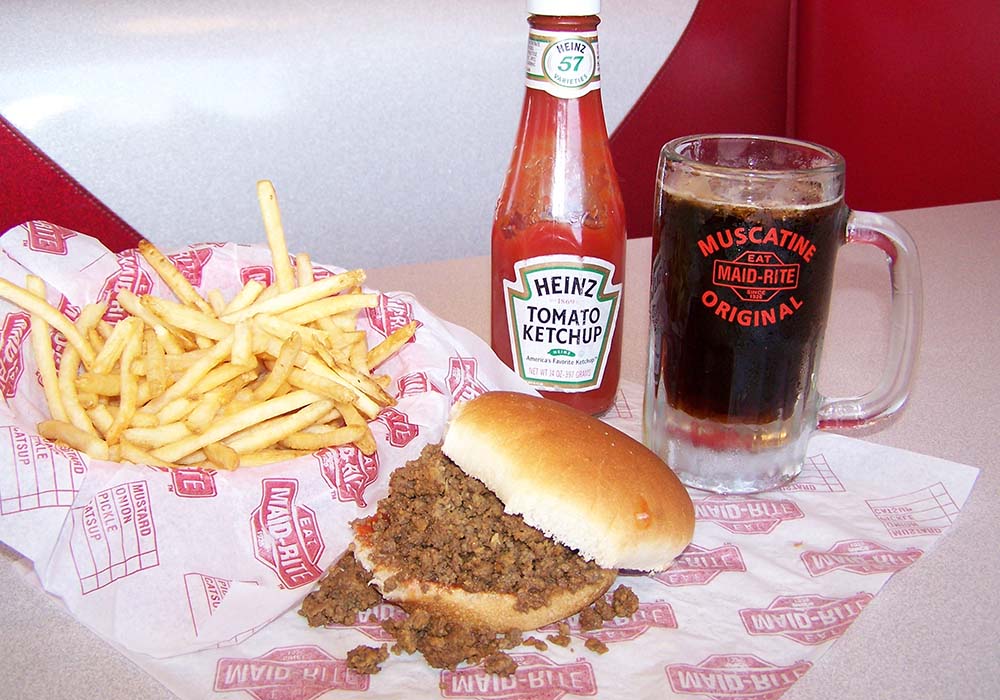 Founded in Muscatine in 1926, Maid-Rite was among America's first fast food restaurants and the first chain to offer a drive-through window. The chain earned a spot on the Travel Channel's "Bizzare Foods" series for its unique loose meat sandwich - a generous helping of ground beef sprinkled with secret seasoning and served on a steamed bun. Maid-Rite now has more than 70 locations across Iowa and the Upper Midwest. 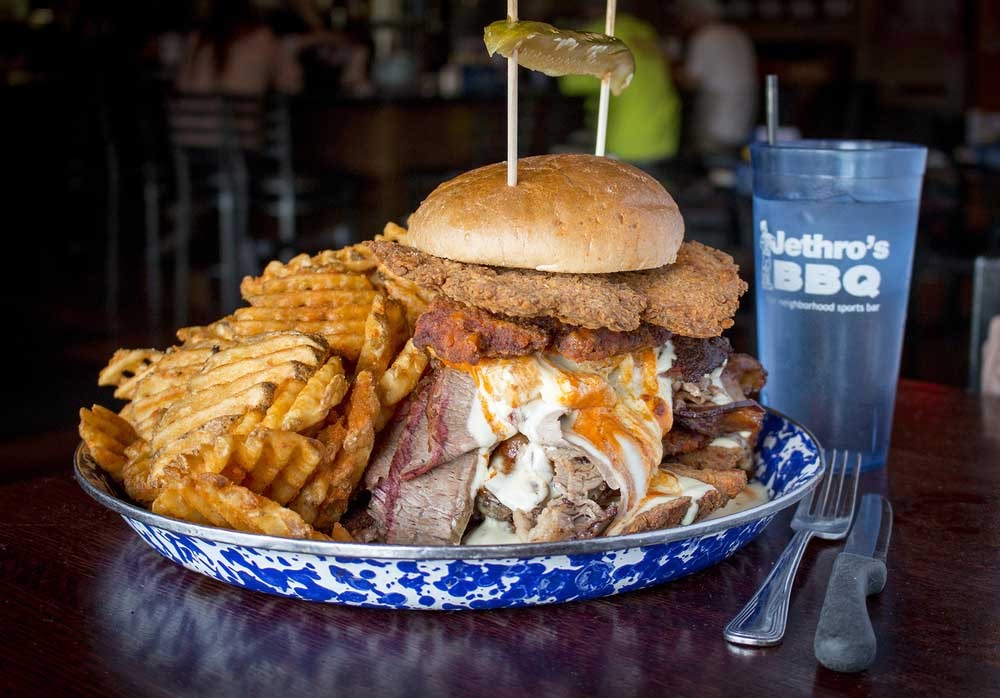 A chain of BBQ restaurants in the Des Moines area, Jethro's has been featured on the Travel Channel's "United States of Bacon," "Food Paradise" and "Man vs. Food" all for one sandwich: the Adam Emmenecker, named for the MVP of the 2008 Drake University basketball team. This behemoth includes a pork tenderloin, an Angus steak burger, slabs of Texas brisket, applewood bacon and fried cheese, finished with buffalo chicken tenders. The entire sandwich is smothered with cheddar cheese and white cheddar sauce and served with a pound of waffle fries. 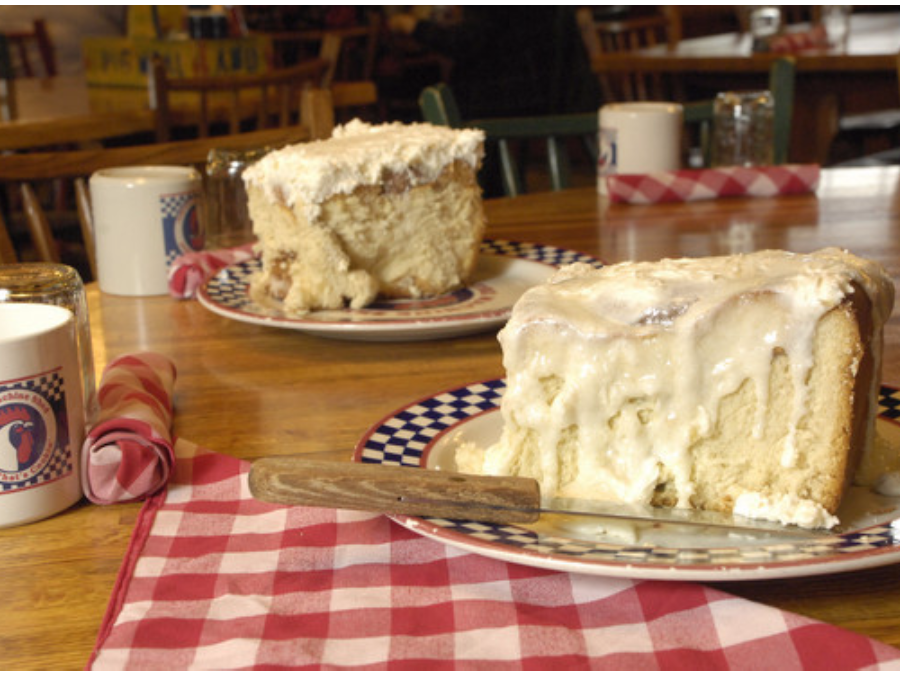 Recognized by the Travel Channel's "Food Paradise" as having the best breakfast in America, The Machine Shed prides itself on being a tribute to the American farmer. Known for chocolate covered bacon and monster cinnamon rolls, the Machine Shed brings the nostalgia of mid-century farming to life with farm tools and seed corn signs adorning the walls and wait staff clad in bib overalls. Locations in Urbandale and Davenport.

A buffet of home-cooked comfort food and 50-foot salad bar are the centerpieces of the Iowa 80 Kitchen, located in the World's Largest Truckstop just off I-80 near Walcott. Showcased on the Travel Channel's "Food Paradise" segment on great truckstops, the show also featured Gramma's Kitchen, just across the street. This restaurant has earned acclaim for its homemade meatloaf and pork tenderloin sandwiches. 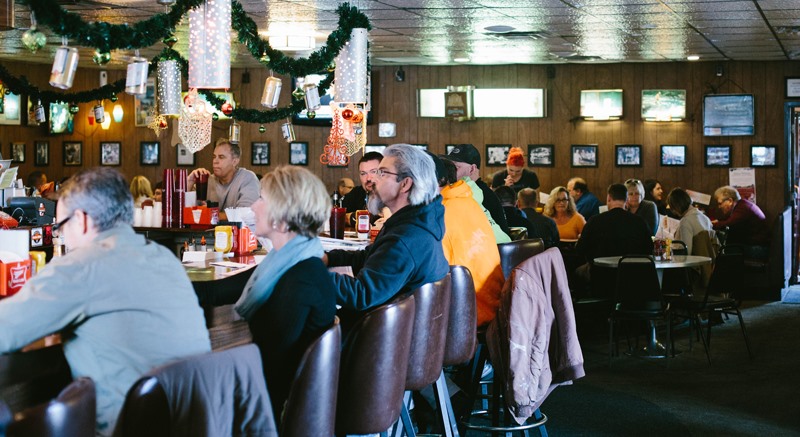 This bar on the edge of downtown Des Moines is a throwback to the 1970s, complete with shag carpet, vintage wallpaper and wood-paneled walls. Featured on the Travel Channel's "Man vs. Food" program, the High Life's food and beer offerings remain true to the era. The menu features deviled eggs, Spam and egg sandwiches and good old-fashioned pot roast. 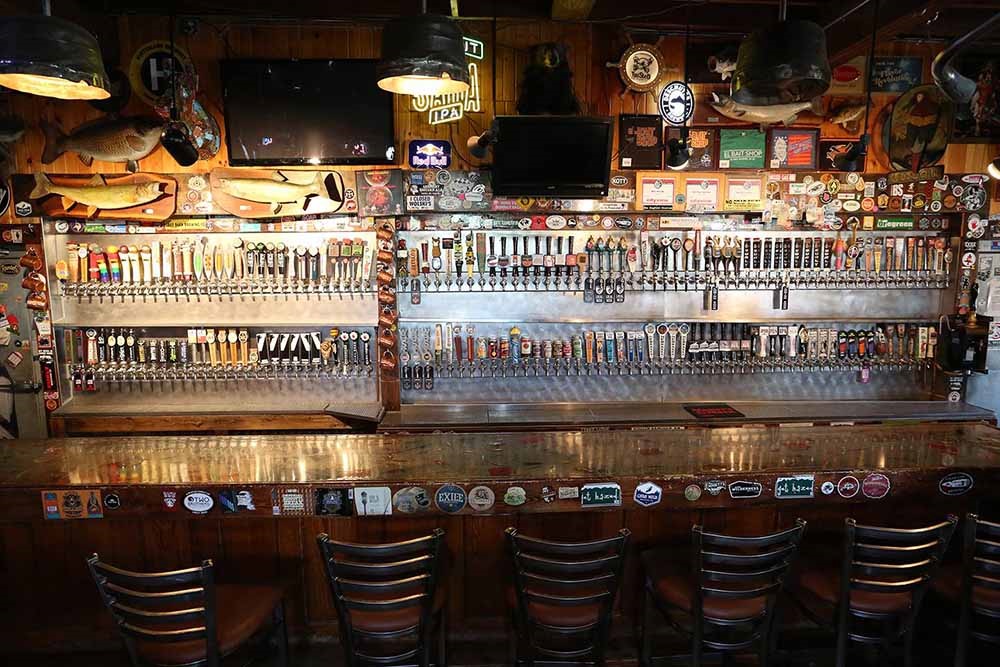 The show "Taverns, Lounges & Clubs" describes el Bait Shop as a "man cave on steroids." The Des Moines bar has one of the largest selections of American craft beers in the world and great bar food to boot. Stop in for a seasonal flight of beers and check out the always-rotating menu. 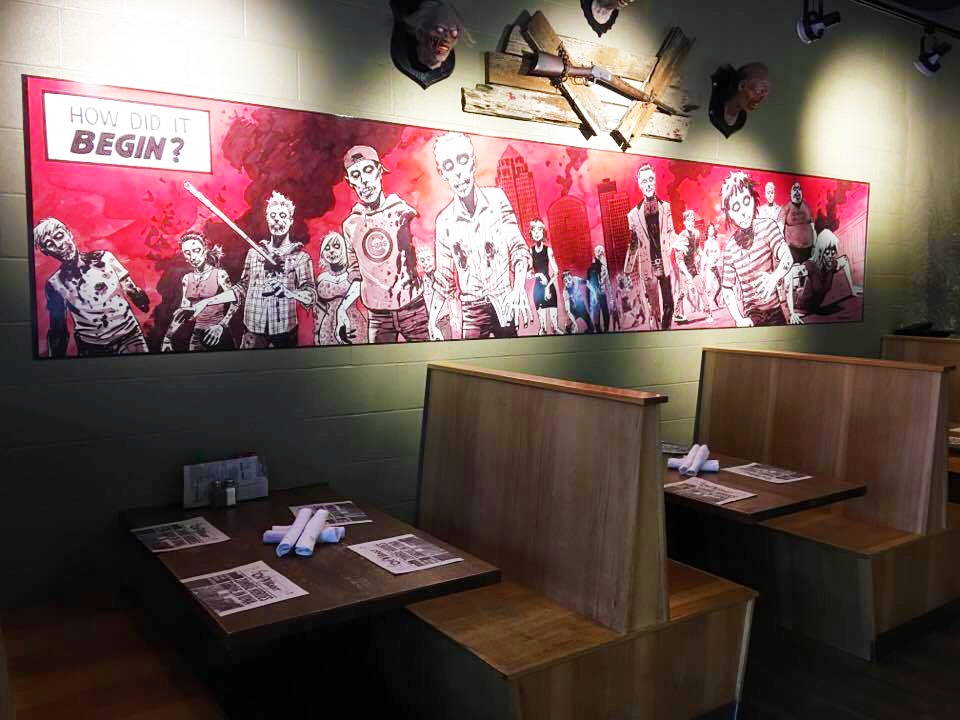 This popular eatery is not for the faint of heart. Showcased on the "United States of Bacon," Zombie Burger serves up a sandwich called the Walking Ched (as in cheddar cheese). The sandwich features a bun made from deep fried macaroni and cheese. Inside the bun are bacon, a burger patty, lettuce, tomato, mayonnaise and more macaroni and cheese. The original location is in Des Moines' East Village. 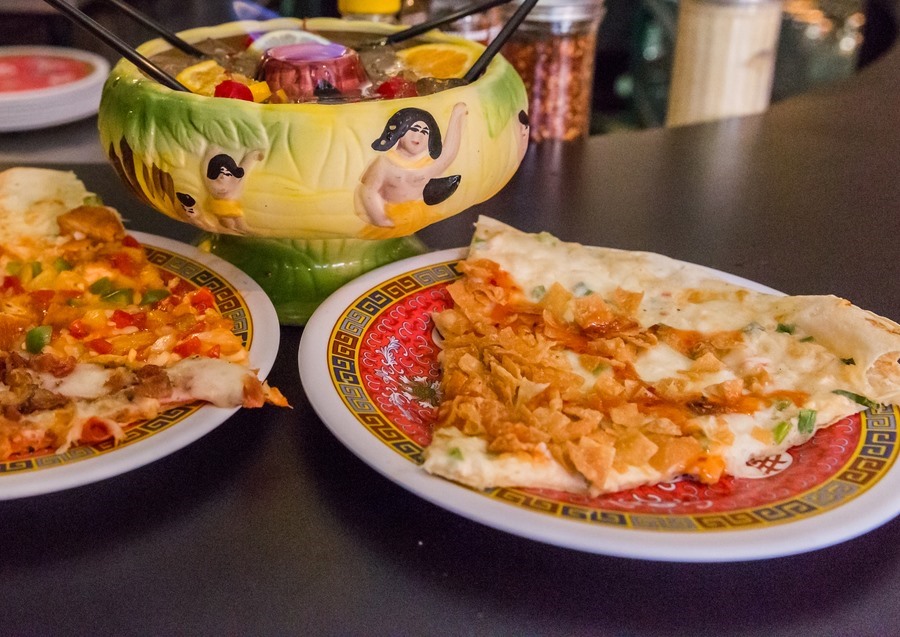 Fong's Pizza in Des Moines blends Chinese buffet favorites and pizzeria flavors. Their Crab Rangoon Pizza is a customer favorite and was featured on "Pizza Paradise" and "Man vs Food." Additionally, foodie Alton Brown ranks Fong's among his favorite restaurants in the world. Fong's unique pizza combos include Thai Chicken, Fongolian Beef and Moo Shu Pork. But if you want to become a true Fongolian, make sure to try on the kamikaze helmet! 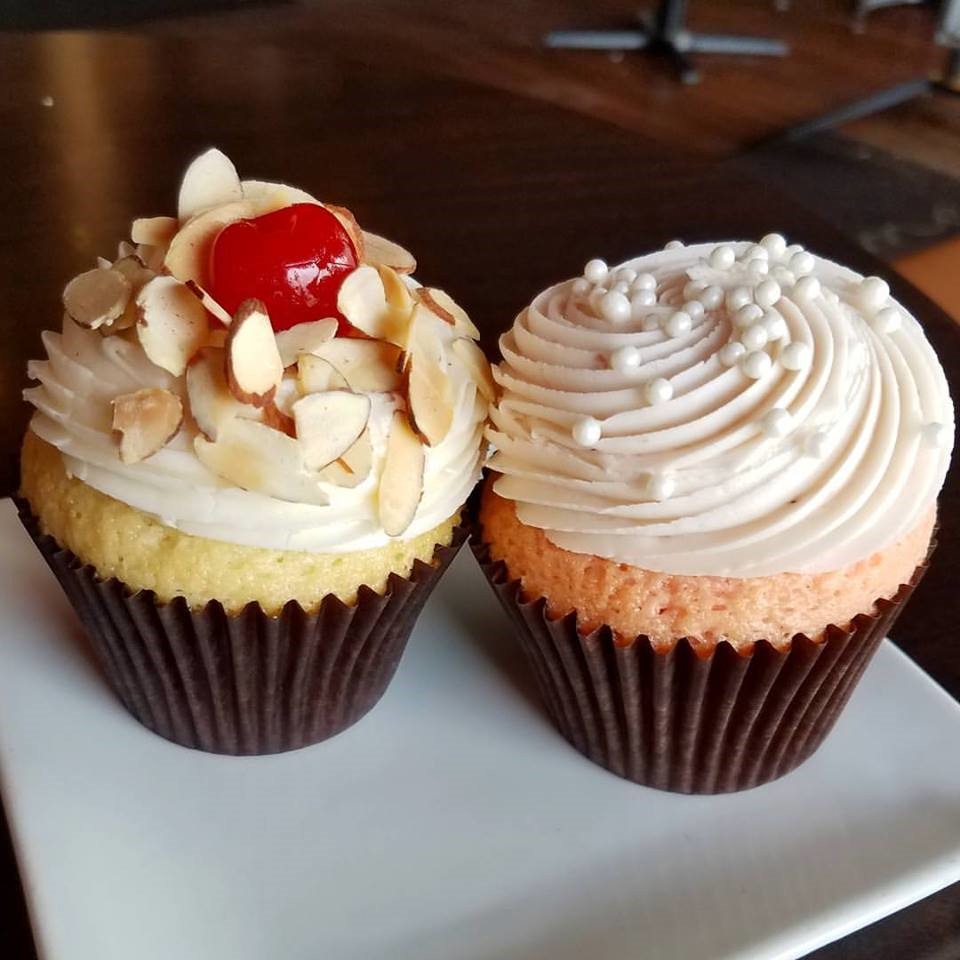 Featuring a flavor schedule for every day of the week and new monthly cupcake flavors, Creme Cupcake + Dessert in Des Moines is a perfect cure for a sweet tooth. Looking for something more indulgent? Stop in to the Dessert Lounge, where Creme mixes up innovative desserts and top shelf classic and exotic cocktails. Creme is one of the Iowa bakeries featured on "Cupcake Wars." 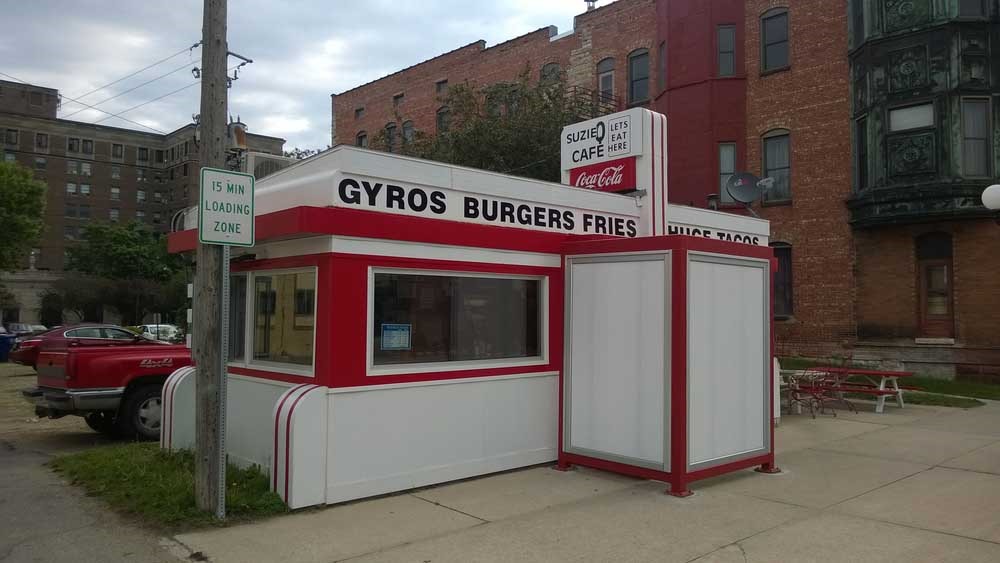 Al Roker highlighted Mason City’s Suzie-Q Café on the Food Network’s “Al Roker’s Diner Destinations Special.” The nine-stool “Little Chef” model diner, one of only 52 known surviving “Valentine-style” diners in the country, opened in 1948. The menu includes breakfast and lunch, but they are best known for their “spic ‘n span” pork tenderloins. Currently owned by a magician, many meals are served with a side of magic.

Opened in 1940, Ross’s Restaurant in Bettendorf has been featured on Good Morning America, The Rachel Maddow Show, CNN, Iowa Ingredient and EenVandaag in Holland. Their signature dish is the Magic Mountain, a super-sized helping of loose hamburger meat, cheddar cheese, onions and fries or hash browns piled on Texas toast. The “Volcano” adds a spicy chili topping.