10 Most Surprising Attractions in Iowa

The attractions on this list will leave you asking, "This is Iowa?" From beautiful landscapes to man-made wonders, you have to see it to believe it at these 10 surprising spots.

The Loess Hills of western Iowa are a unique geological formation of quartz silt at depths that can be found in only one other place in the entire world. The resulting landscape of steep bluffs, narrow ridges and rolling hills spans 220 miles. Drive the Loess Hills National Scenic Byway from Hamburg in the south to Akron in the north and stop at the numerous parks, preserves and museums along the route.

Iowa is home to not one, not two, but three river-based whitewater parks. The first, on the Cedar River in Charles City, opened in 2011 and has three distinct features that can be navigated by kayakers, stand-up paddleboarders or tubers. To the east, paddlers can cruise Gobbler Wave, a 22-foot wide feature on the Turkey River in beautiful Elkader. Finally, the newest and largest whitewater park is on the Maquoketa River in Manchester.

3. The Shrine of the Grotto of the Redemption

Often referred to as the “Eighth Wonder of the World,” the Shrine of the Grotto of the Redemption in West Bend is a moving experience regardless of religious affiliation. Constructed completely by hand over a period of 40 years, the Grotto covers an area the size of a city block. Visitors can walk through beautiful arched walkways and see grottos built with more than $4 million of gemstones and minerals, including the world’s largest amethyst. 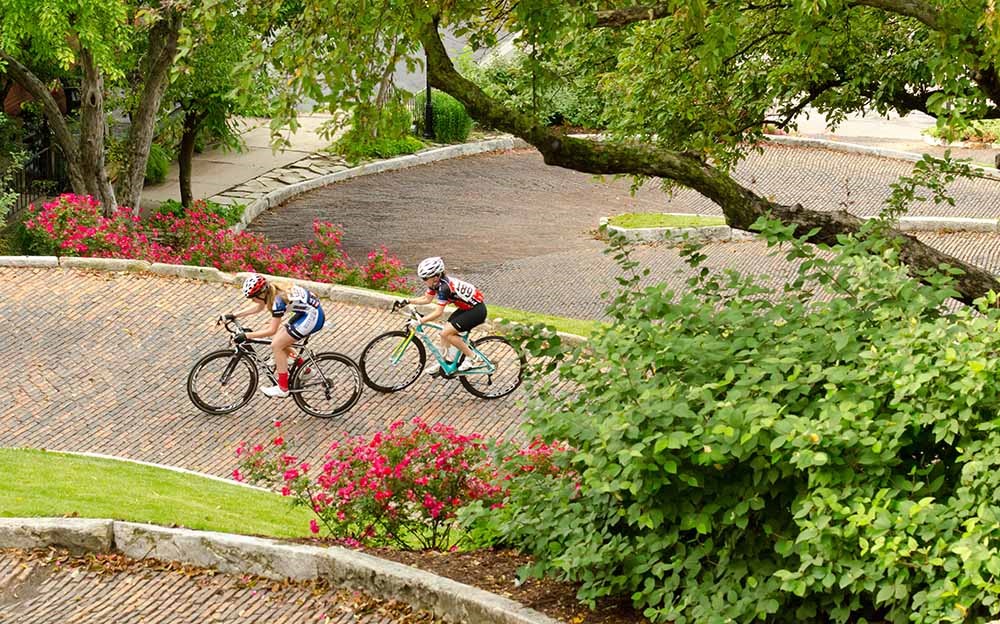 No need to go to Lombard Street to navigate hairpin turns on a steep, cobblestone street. Burlington’s Snake Alley has been deemed “Unbelievably Crooked” by Ripley’s Believe it or Not! and features five half-curves, two quarter-curves and drops 58 feet over the distance of a city block. Visit during the Snake Alley Criterium (Memorial Day weekend) to watch professional bicyclists race up the alley. Or, attend the Snake Alley Art Fair (annually in June) to meander the curves yourself while browsing artwork. 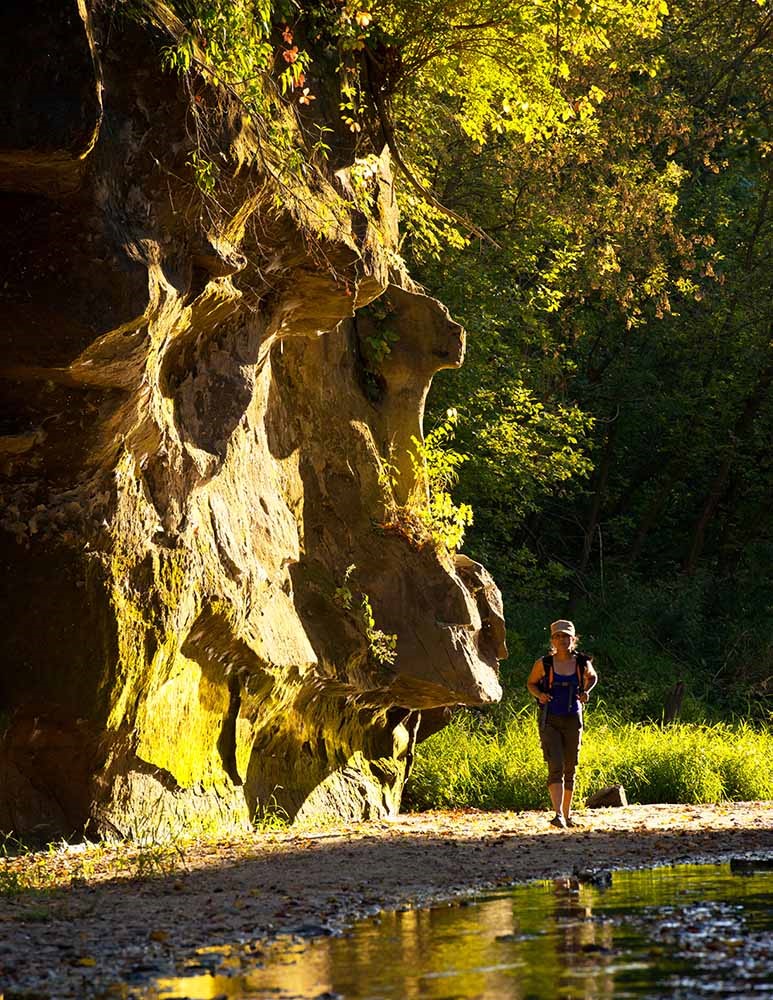 There are more than 70 locations and thousands of acres of land in Iowa protected as state parks, preserves and forests, resulting in some of Iowa’s most stunning vistas being open to the public to explore. For hikers, Backbone State Park, Ledges State Park and Maquoketa Caves State Park are three to traverse. Campers enjoy both Preparation Canyon’s rustic sites and Honey Creek’s luxury lodges. Anglers find success at many destinations, including Green Valley State Park and Black Hawk State Park.

The “Sprint Car Capital of the World” hosts weekly sprint car races on the half-mile dirt track, which culminate each year in August at the Knoxville Nationals – sprint car racing’s most prestigious event. The Knoxville Nationals draw thousands of racing fans from around the world each year to the small town. Before attending a race, tour the National Sprint Car Hall of Fame and Museum. 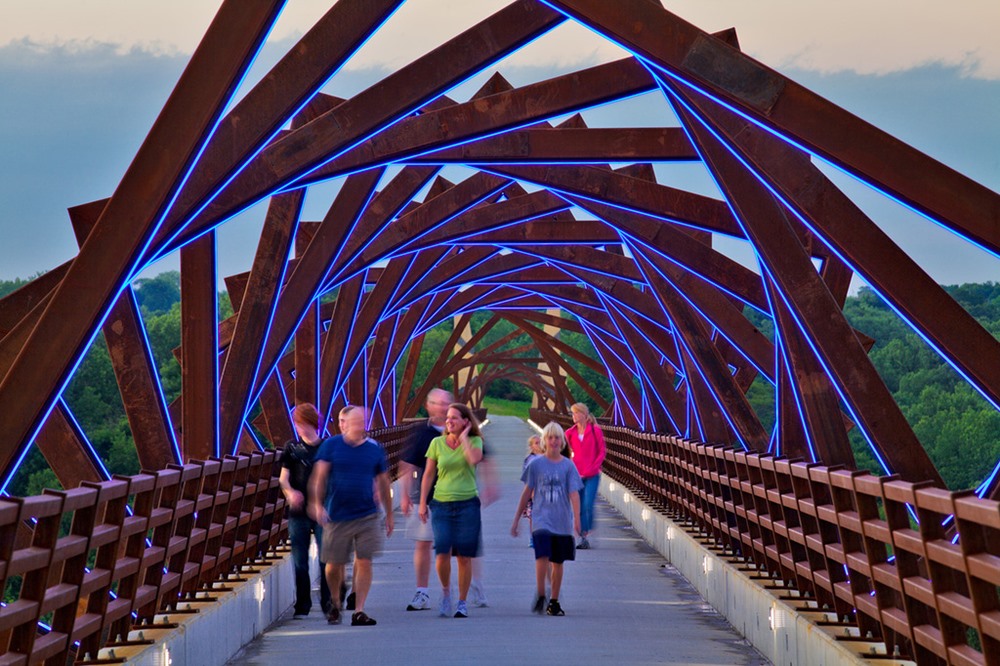 Iowa is home to more than 1,800 miles of bicycle trails all with unique views, bridges and crossings. But perhaps the most dazzling is located between Madrid and Woodward on the High Trestle Trail. Standing 13 stories tall and half a mile long, the High Trestle Trail Bridge offers a grand view of the Des Moines River Valley beneath angular steel frames. Bike or walk the bridge in the evenings to see the structure lit up as a tunnel of light. 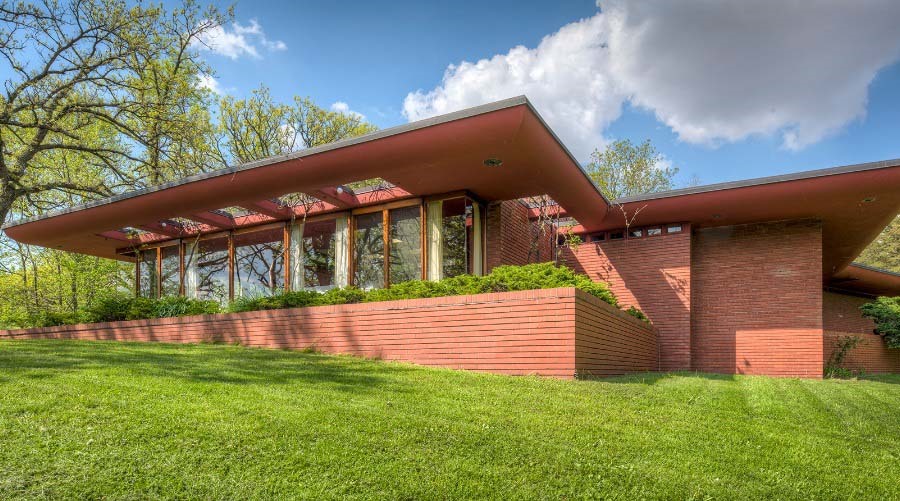 One of the creators of the distinctive “Prairie School” style of architecture, Frank Lloyd Wright designed buildings across the Midwest. But Iowa is home to three of the most experiential. In Mason City, book an overnight stay at the Historic Park Inn, the only remaining hotel designed by Wright. Nearby, visit the Stockman House, originally a private home and now open for tours. Finally, travel to Cedar Rock State Park in Independence to tour a beautifully preserved example of Wright’s Usonian style of architecture. 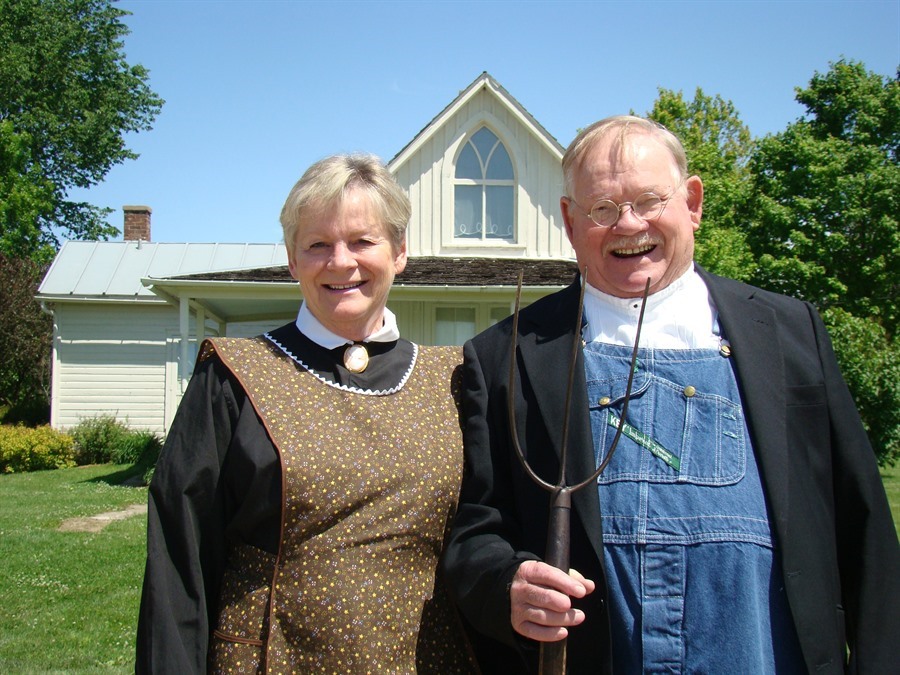 The house that inspired the backdrop for one of the most famous works of art in the world still stands in Eldon. The American Gothic House & Visitor Center provides the costumes for you to create your own version of Grant Wood’s painting.

The contrast of Iowa’s landscape is on full display in the northeast corner of the state, also called the “Driftless Region.” The area was virtually untouched by glaciers that flattened much of the Midwest landscape and features tall limestone bluffs, meandering rivers and forested hills and valleys. Drive the Driftless Area Scenic Byway to experience the range of scenery. Visit Effigy Mounds National Monument and Pikes Peak State Park for sweeping views of the Mississippi River.