Some call them wacky. We call them wonderful. They’re our biggest, smallest, tallest, crookedest attractions! And they’re the stuff dreams – and road trips – are made of. Hop in your car and head out to see some of the best attractions you’ll ever lay your eyes on. 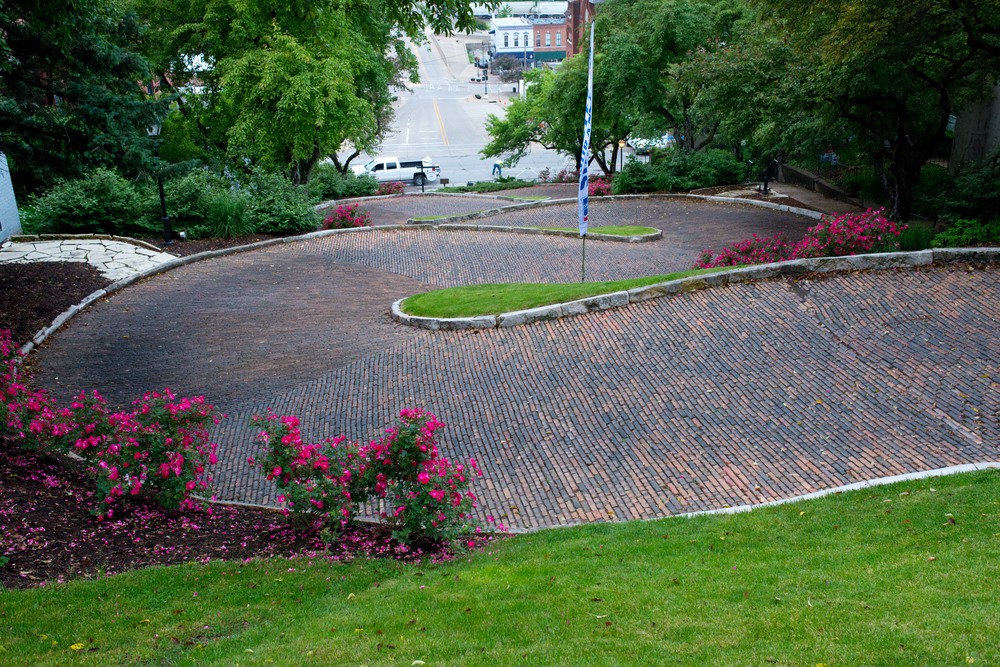 You’ll have a blast twisting and turning down Snake Alley in Burlington. That’s because this is the alley that Ripley’s Believe It or Not dubbed "unbelievably crooked." Which means you have to see it to believe it! 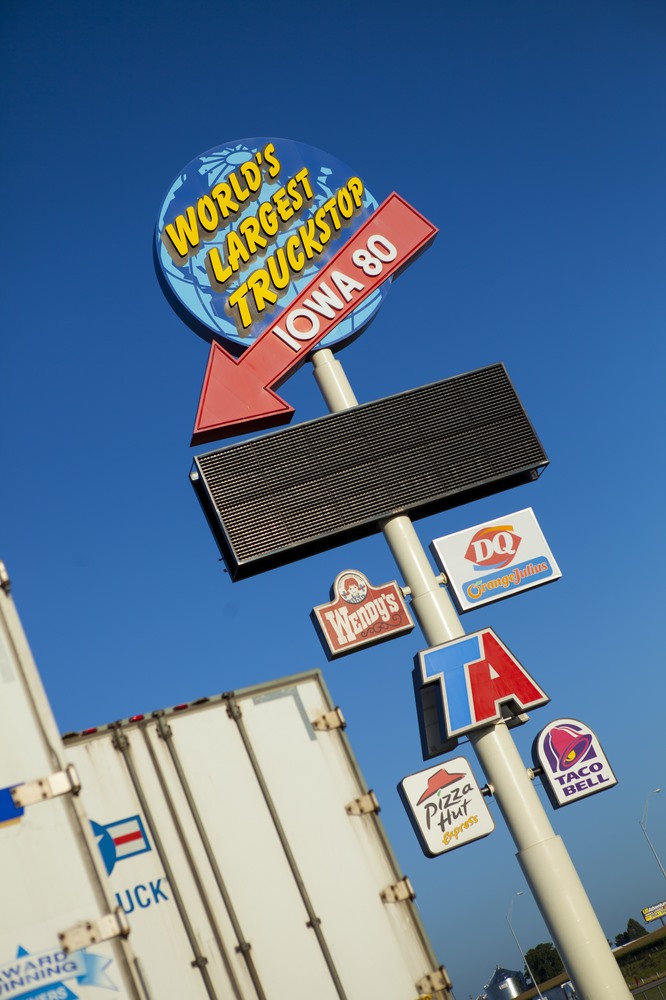 You’ve never seen a truck stop like this before. It’s part convenience store, gas station, restaurant and more – and even has its own dentist office and barbershop! But it should come as no surprise, since this is the world’s LARGEST truck stop, coming in four times larger than the average truck stop. While you’re there, grab a snack and browse the Iowa 80 Trucking Museum. 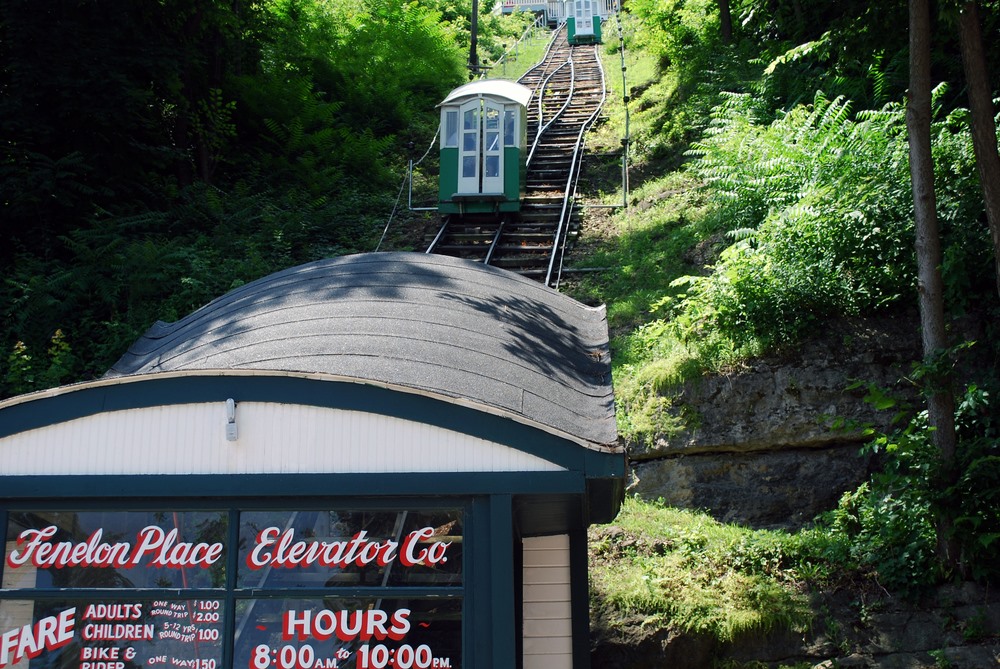 When you get to the top of the Fenelon Place Elevator, you’ll be able to see not one…not two…but THREE states! Which makes the trip to this SHORTEST and STEEPEST scenic railway in the world a must-see. It’s 296 feet in length and rises 189 feet from Fourth Street to Fenelon Place. 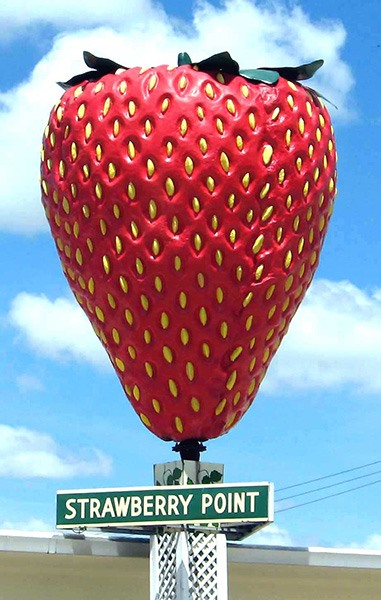 Sweet, succulent strawberry! That might just be what you exclaim when you visit the world’s LARGEST strawberry in Strawberry Point. This 15-foot tall fiberglass sculpture was designed by a local ad agency and dedicated in the late 1960s. 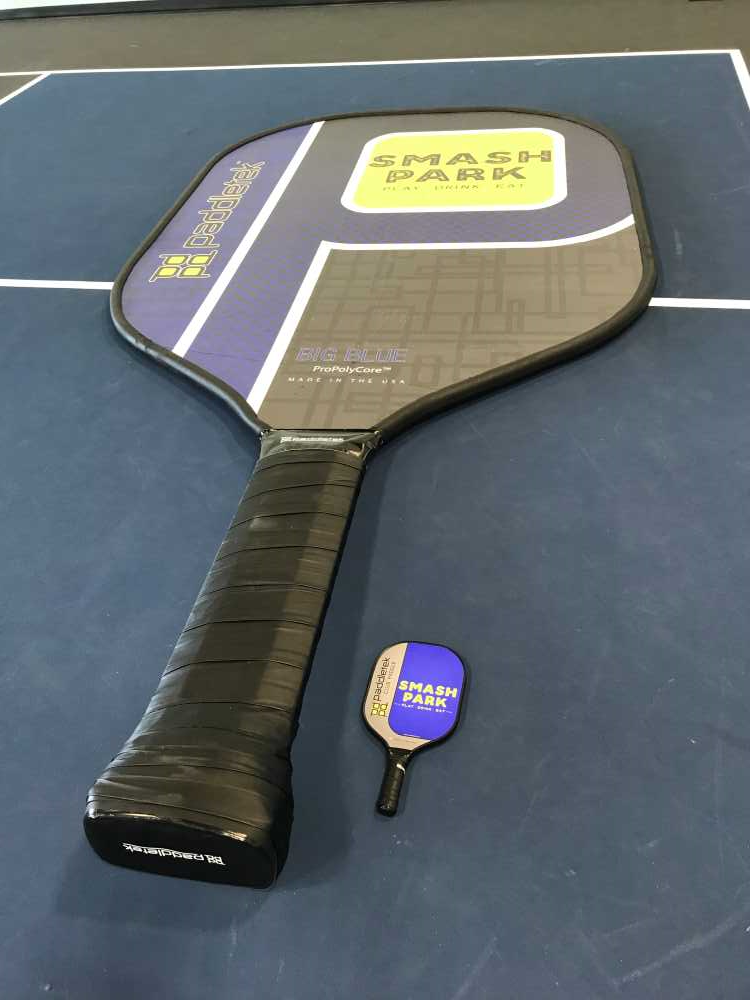 Seeing the world's largest tennis racquet and ping pong paddle made the Smash Park's owners wonder where the world's largest pickleball paddle lived. Turns out there wasn't one. But there is now! Big Blue measures 13' 6" tall, 6' 9" wide and weighs about 150 pounds. It's made from the same material that would be used to construct 180 regular-sized pickleball paddles. 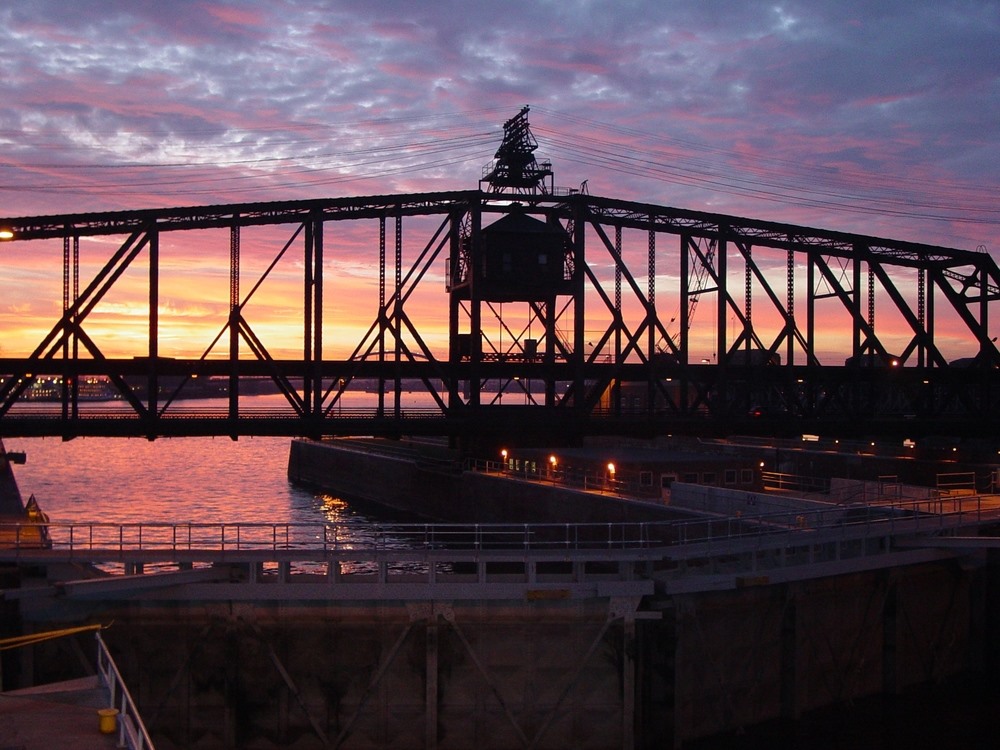 Visit Lock and Dam 15 on the Mississippi River between Davenport and Rock Island, Ill. from January to March and you’ll get to see beautiful bald eagles. Come April through December and you can watch boats pass through the locks. But no matter when you visit, one thing will be the same – Lock and Dam 15 is the world’s LARGEST roller dam. 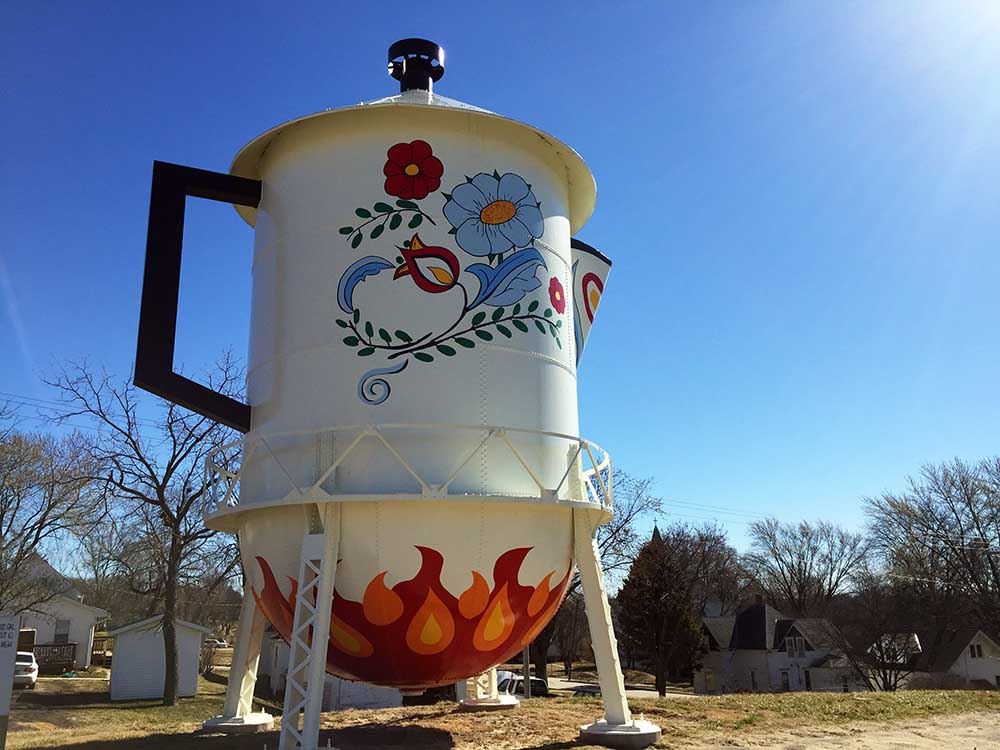 Need an afternoon pick-me-up? Visit Stanton and take a selfie with the town’s former water tower that doubles as the world’s LARGEST Swedish coffee pot. The Swedish-style coffee container is painted with decorative flowers and hearts and when operational, held 50,000 gallons of water, equal to 800,000 cups of java. Fun fact: Virginia Christine, who was born in Stanton, is perhaps best known as Mrs. Olson for her long-time role in Folgers® coffee commercials. 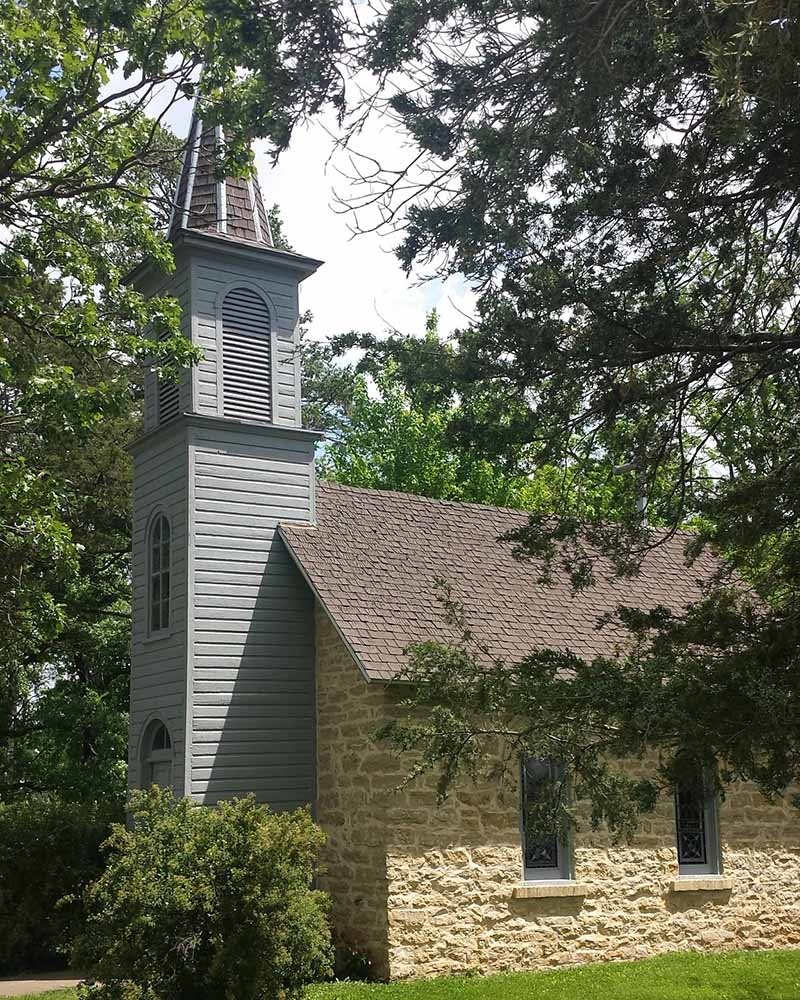 If you go to the St. Anthony of Padua Chapel with a large group, you’ll have to take turns getting in. Because the world’s SMALLEST church is only 12 x 16 feet and has seating for just eight people. But trust us, the wait will be totally worth it. 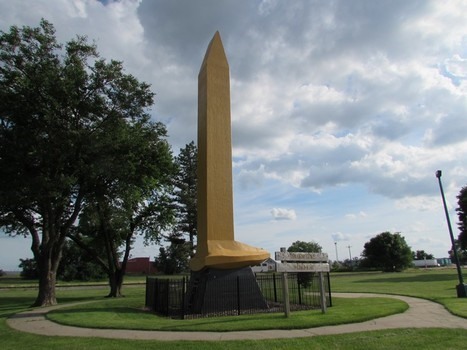 Go for the gold! That’s what you’ll be doing when you see the world’s LARGEST golden spike in Council Bluffs. The spike was erected in 1939 to mark the eastern terminus of the Union Pacific Railroad and stands – get this! – 56 feet tall.

Home of the World's Smallest Couple 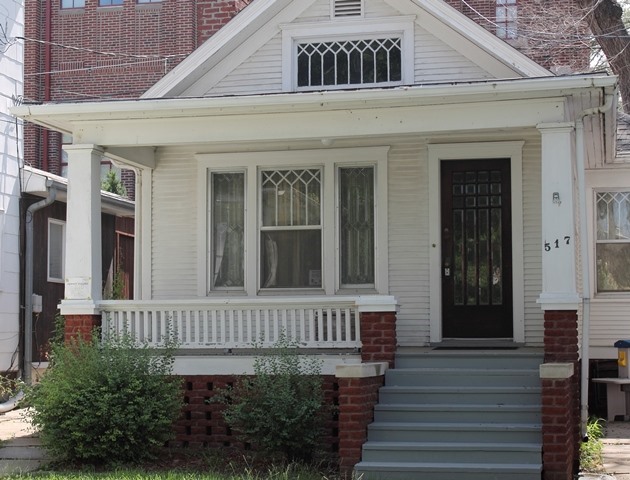 No problems dusting those hard to reach places in this house. The Bregant House in Council Bluffs, belonged to the world's SMALLEST couple and was built to accommodate their unique situation. After their passing in the late 1900s, the home was put on the National Register of Historic Places. 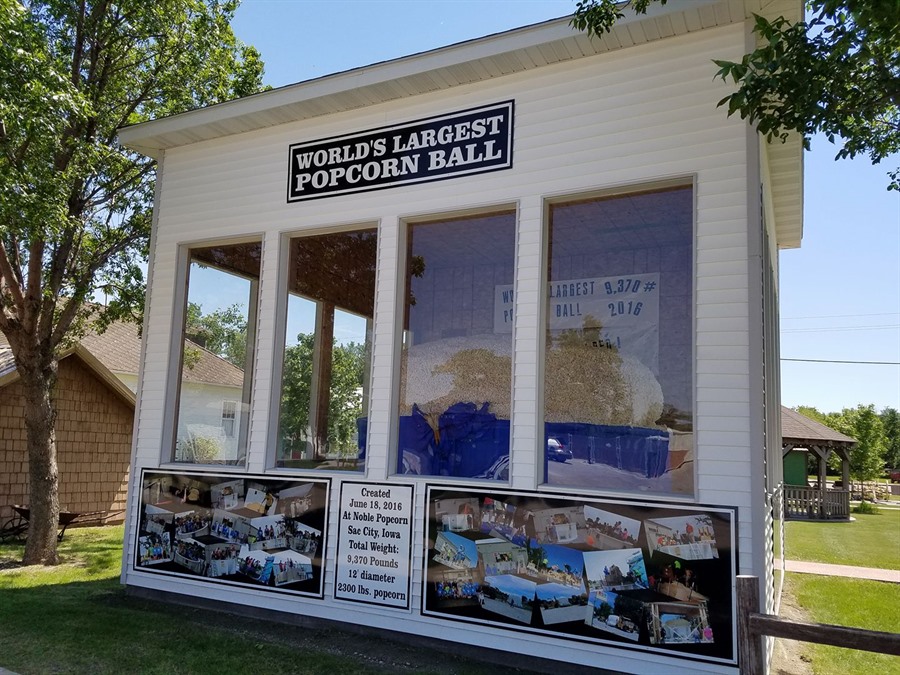 You'll need a large glass of water if you were to eat the world's LARGEST popcorn ball in Sac City. Weighing over 5,000 pounds and standing over eight feet tall, the sweet and salty treat stands in an enclosed building. 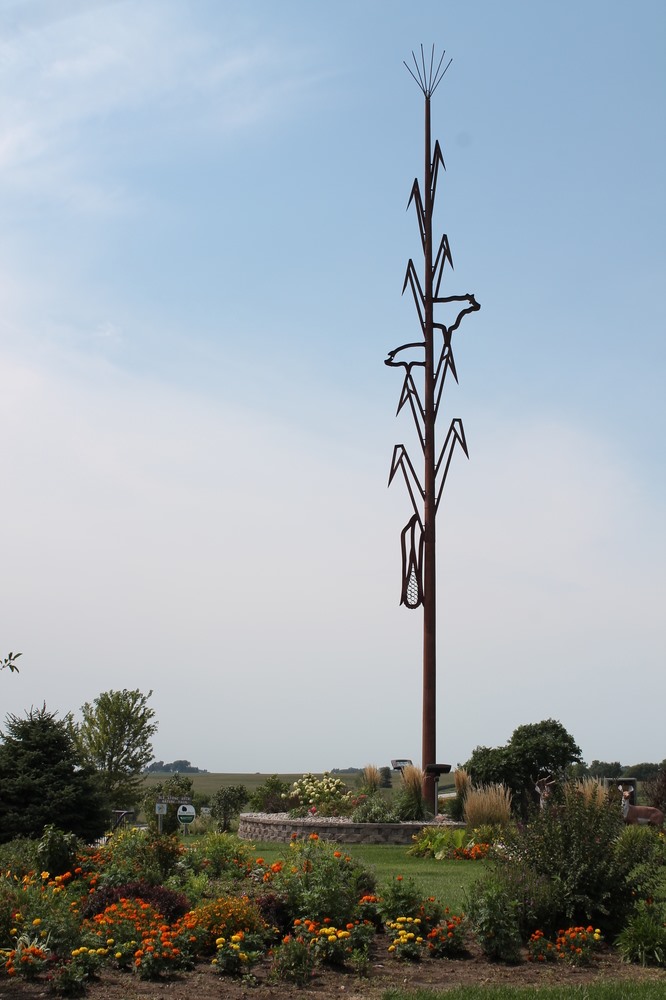 Corn as high as an elephant’s eye? That’s nothing! In Shelby, you can see the world’s TALLEST corn stalk that stands 76 feet tall. This steel sculpture located just off the I-80 exit at Shelby symbolizes the importance of agriculture to Iowa. The piece was designed by Cliff Carlson of Wesley. 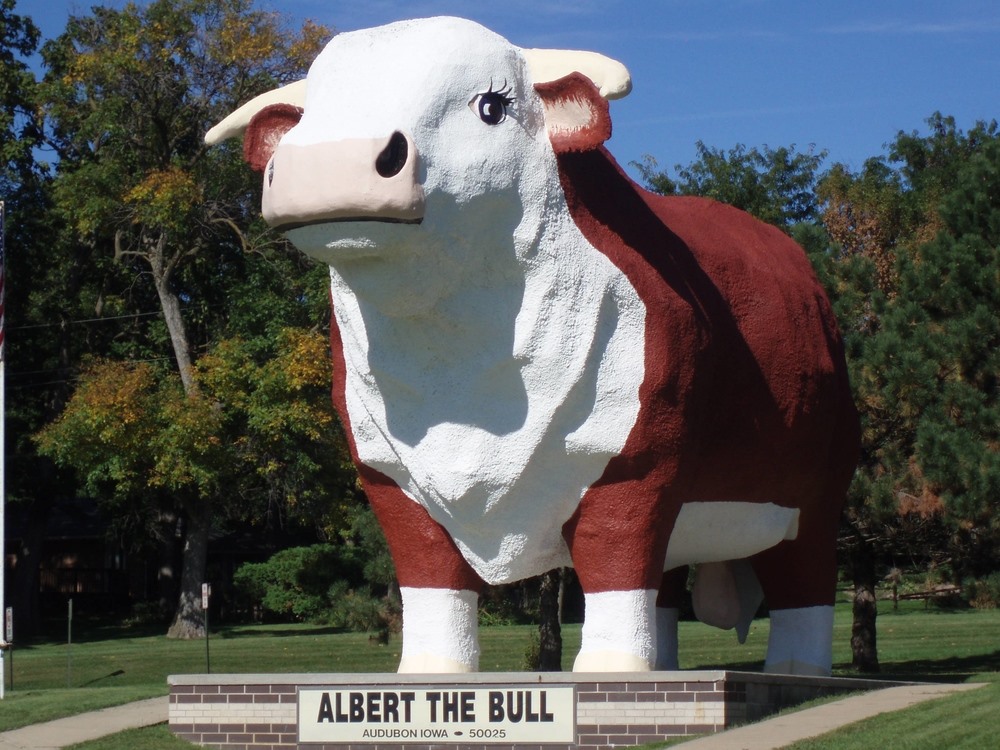 No trip to Audubon would be complete without stopping by to say hi to Albert. He may not say hi back, but he’s definitely a sight to see. After all, Albert is the world’s LARGEST bull. He was constructed in 1964 and weighs 45 tons, stands 30 feet tall and spans 15 feet from horn to horn.

On your way to the Mighty Mississippi? Stop by Fort Madison to see the Santa Fe Bridge. It’s the LARGEST double-deck, swing-span bridge in the world. 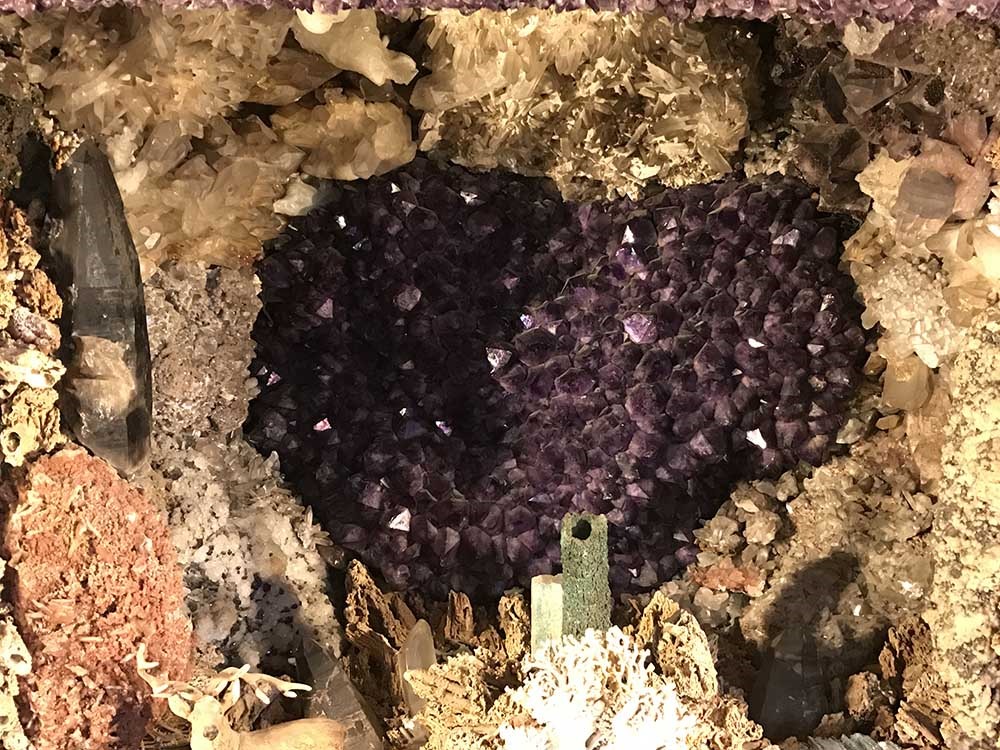 Grotto of the Redemption, West Bend

Gem-tacular. That’s maybe the best way to describe the world’s LARGEST amethyst that’s incorporated into the back wall of the Christmas Chapel at the Grotto of the Redemption. Are you ready to hear how much the amethyst weighs? Three hundred pounds! 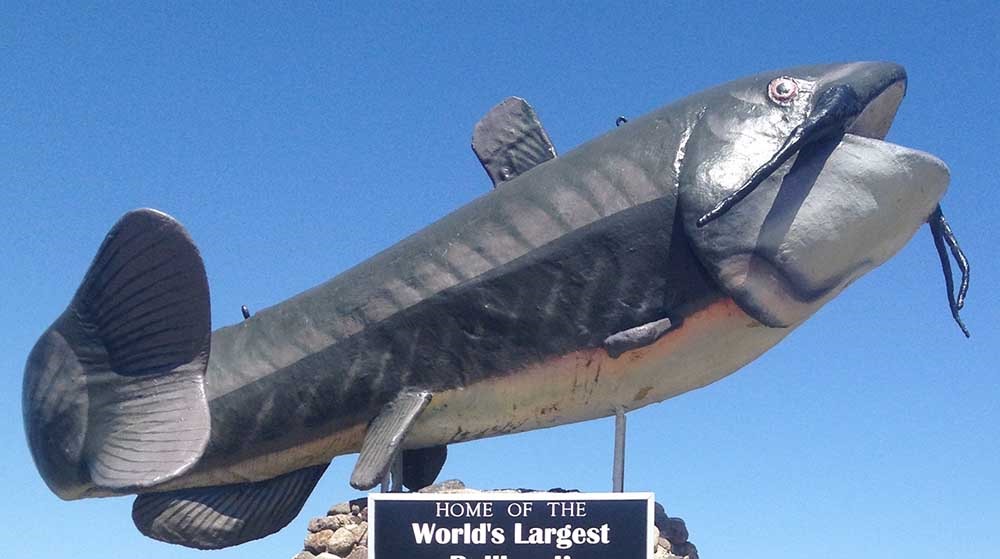 This fish certainly turns heads! That’s because it’s the world’s LARGEST bullhead, measuring 12 feet long and elevated on a pile of rocks. Get your picture taken in front of it for proof you “caught” the biggest bullhead! 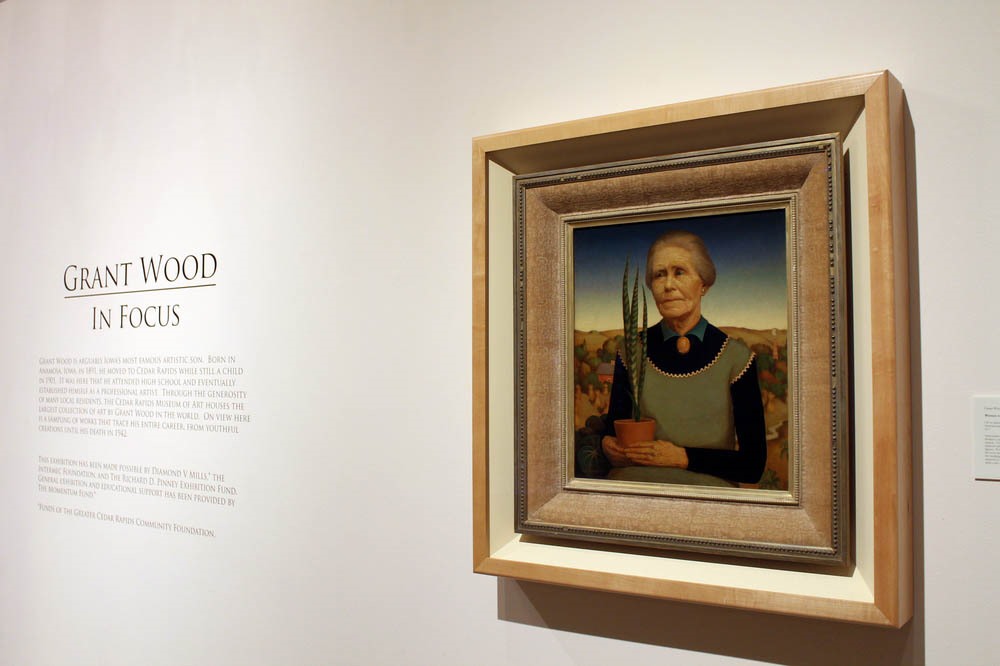 One of Iowa’s most famous artists is Grant Wood. And at the Cedar Rapids Museum of Art, you can see the LARGEST collection of Grant Wood paintings. The museum also owns the property at 5 Turner Alley that Wood used for a home and studio from 1924-1934. It was in this studio that he painted one of the world's most famous works of art, American Gothic, a work shown at and purchased by the Art Institute of Chicago in 1930 for $300. 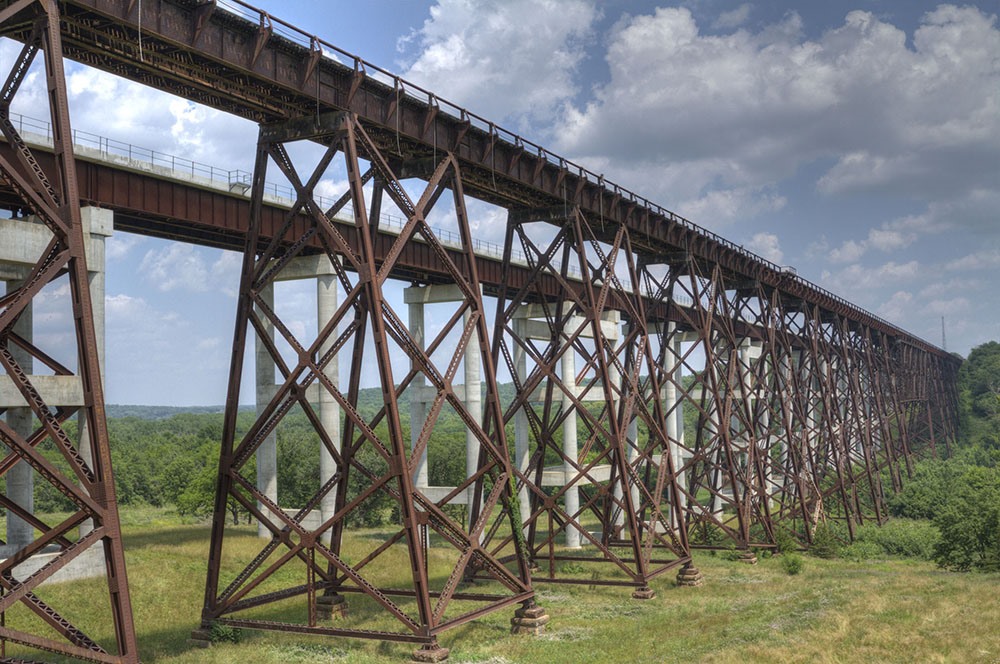 You won’t believe the views you’ll see surrounding the Kate Shelley Memorial Bridge. This bridge, while no longer operational, is the world’s HIGHEST and LONGEST double-track railroad bridge. Visitors from all over stop by to see this industrial marvel and many more float under it every summer while traveling the Des Moines River. 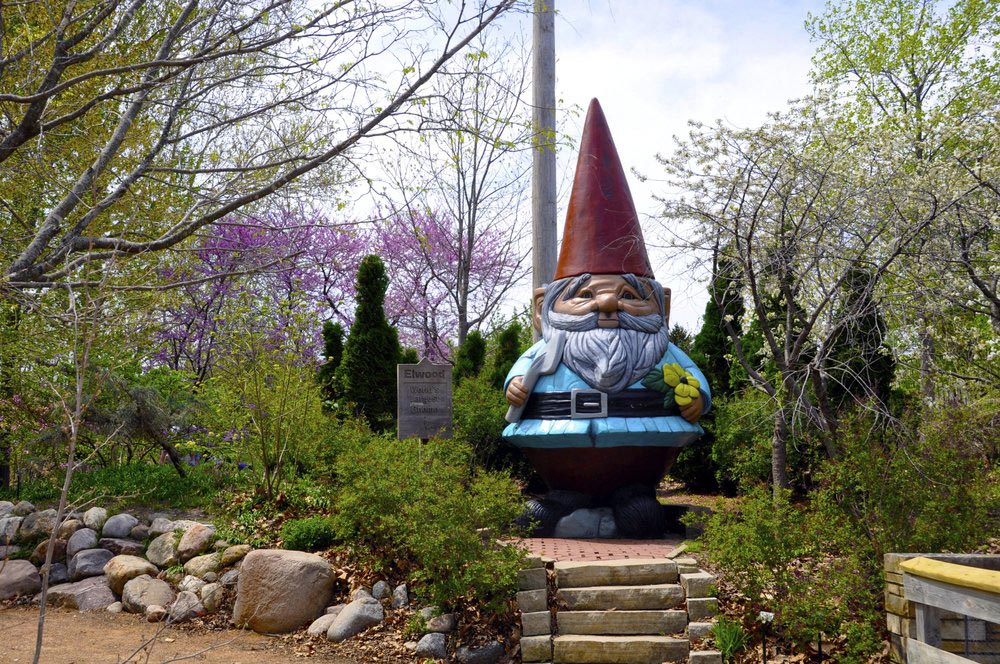 A rose is a rose is a rose…or is it? At Reiman Gardens, you can see for yourself when you view the LARGEST buck rose collection in the world. Dr. Griffith Buck created more than 90 varieties of roses known for their disease resistance and winter hardiness while at Iowa State University. The roses are gaining more attention as people seek to use less pesticide and herbicide and plant lower-maintenance roses. While at Reiman Gardens, you can also visit the world's LARGEST concrete garden gnome, lovingly named Elwood. 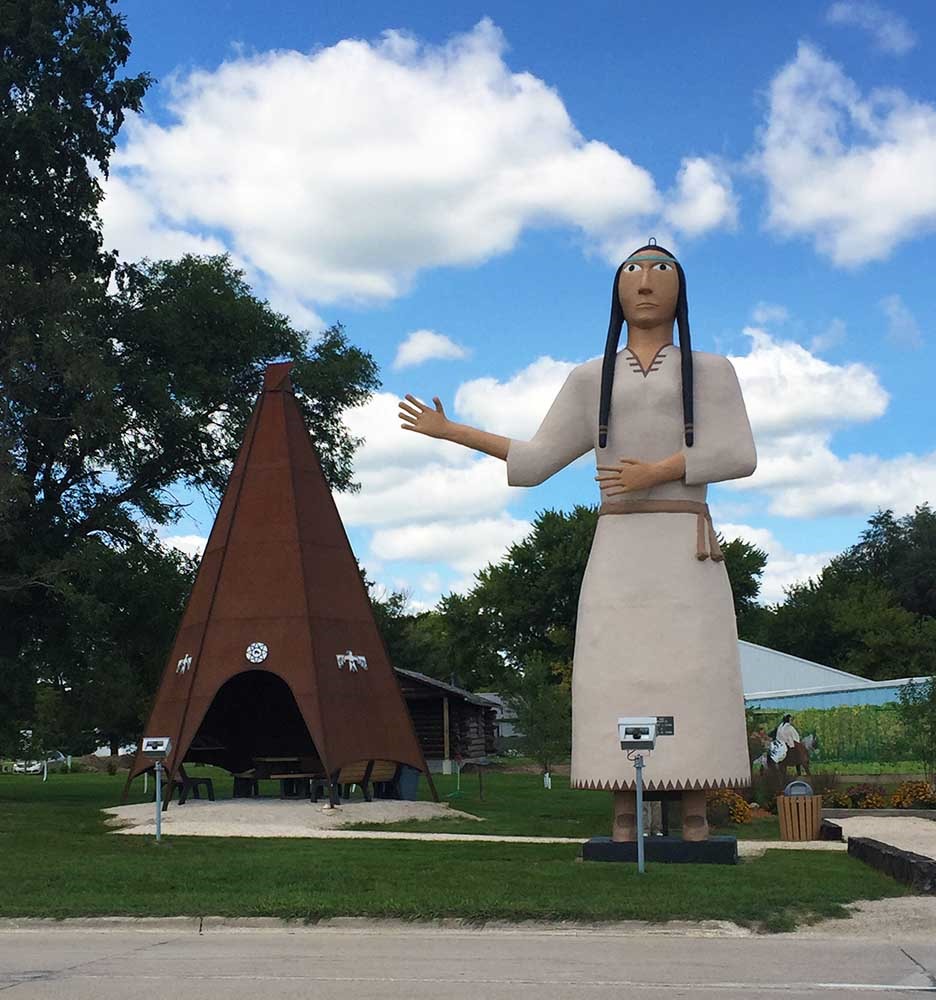 At 25 feet tall, the world’s LARGEST Indian maiden watches over the town of Pocahontas from her perch in Princess Park. In 1954, the Shaw family started creating the statue, and two years later, it was completed. The Shaw family still maintains the statue.

Widest Main Street in the U.S

Take a drive down Main Street in Onawa and you’ll notice something’s a little different. That’s because Onawa is home to the WIDEST main street in the country.

Largest Cross-Country Run in the U.S. 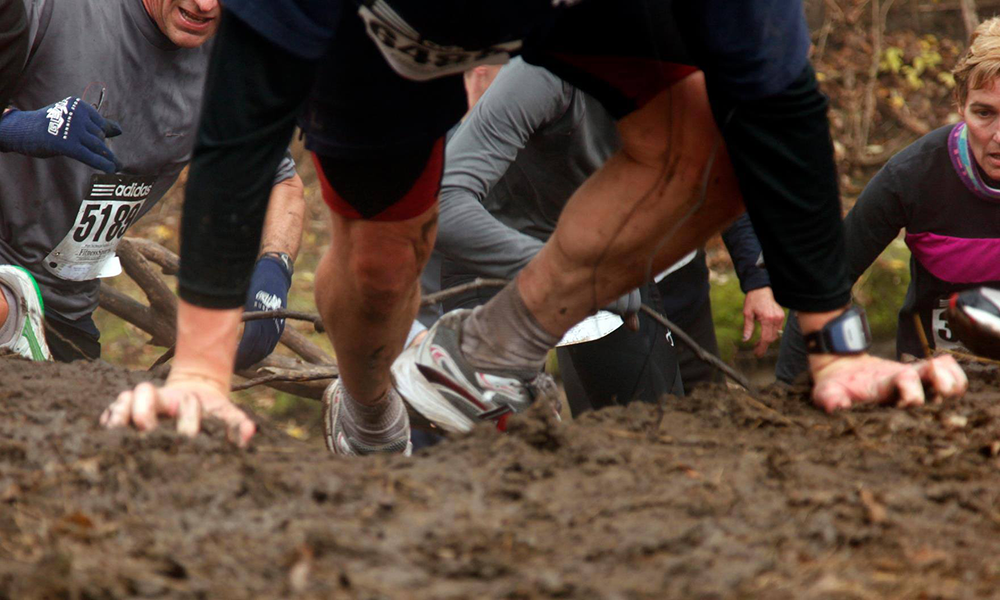 One of the best parts of the Living History Farms Race? Seeing all of the creative costumes runners race in! And did we mention this annual race is the LARGEST cross-country run in North America? Mark your calendars for November! 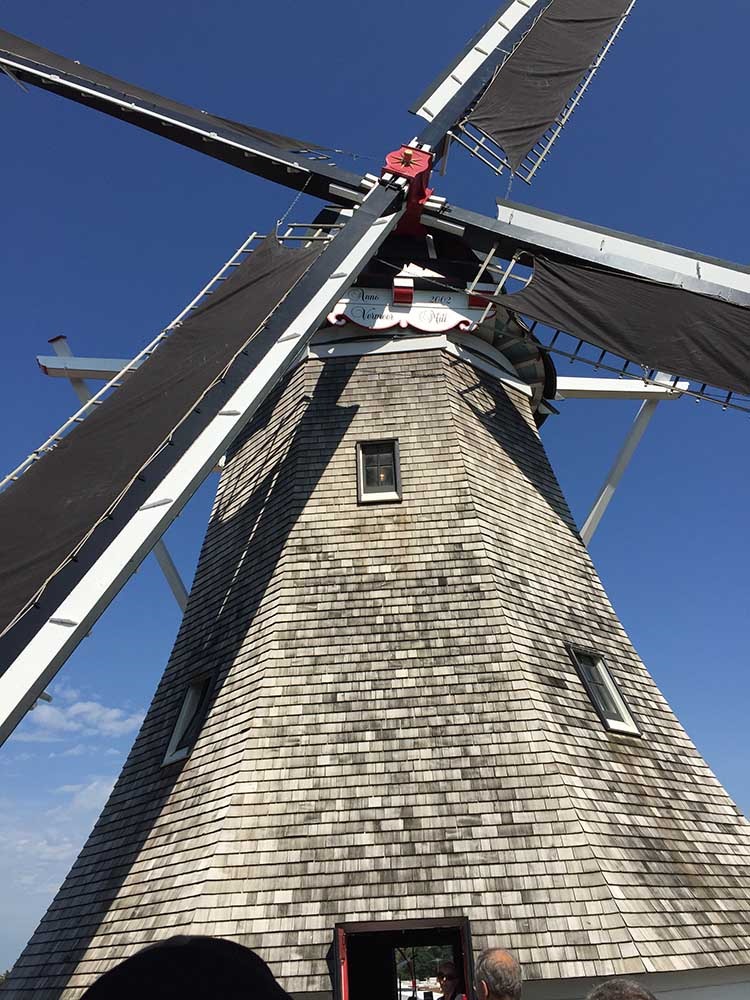 Wowza – that’s one mammoth windmill! The Vermeer Mill is the TALLEST working grain windmill (koren molen) in the United States. The authentic Dutch windmill towers 124 feet from the street to the tip of the sail.

Largest Ethnic Museum in the U.S. 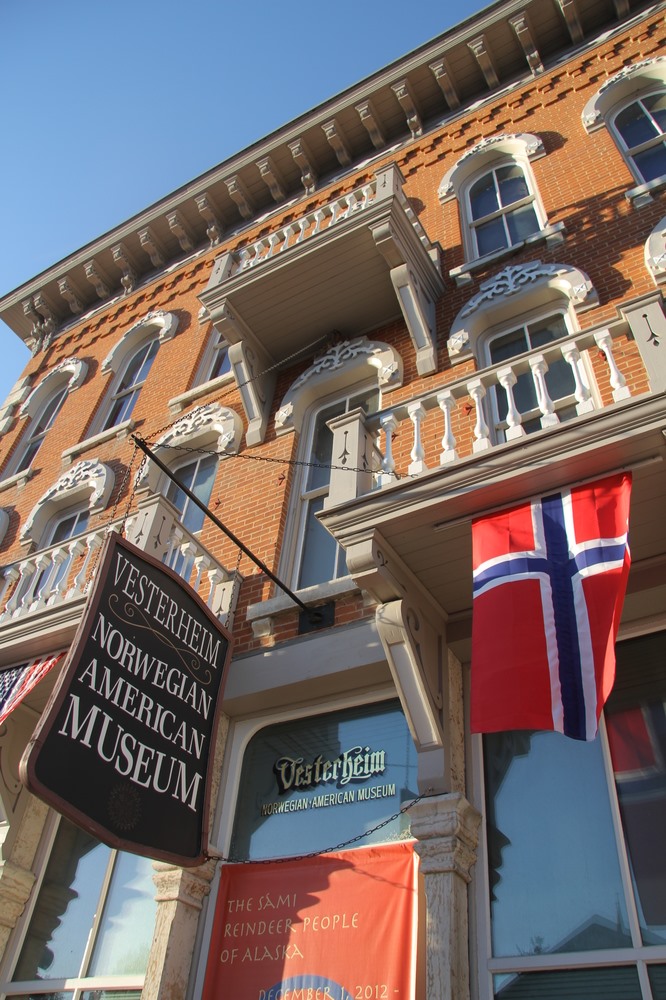 Even if you’re not of Norwegian heritage, you’ll enjoy touring the Vesterheim Norwegian-American Museum in Decorah. It’s the LARGEST ethnic museum in the United States. 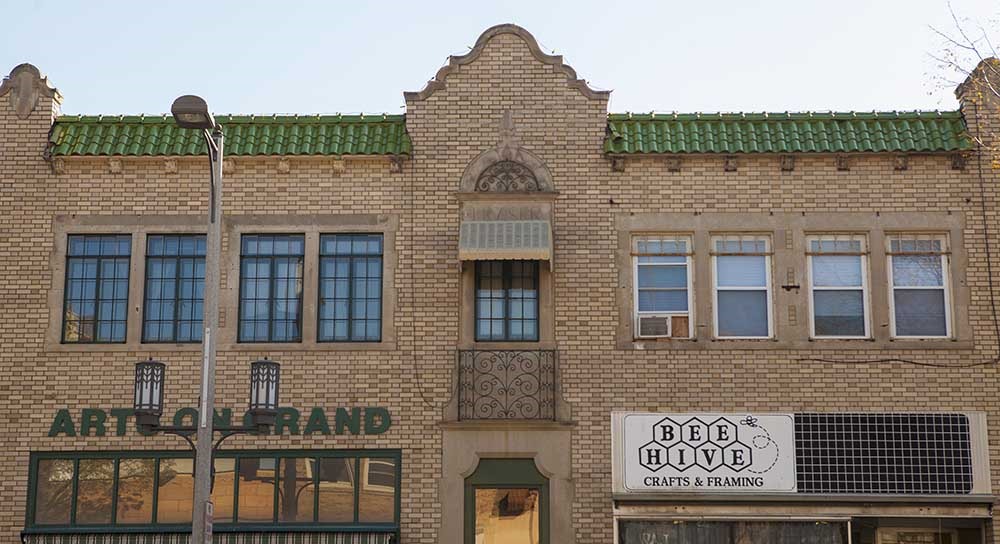 Architecture aficionados won’t want to miss Spencer’s downtown business district. It boasts the LARGEST and most diverse collection of 1930s Art Deco architecture in the Midwest. It was rebuilt after a fire in 1931. 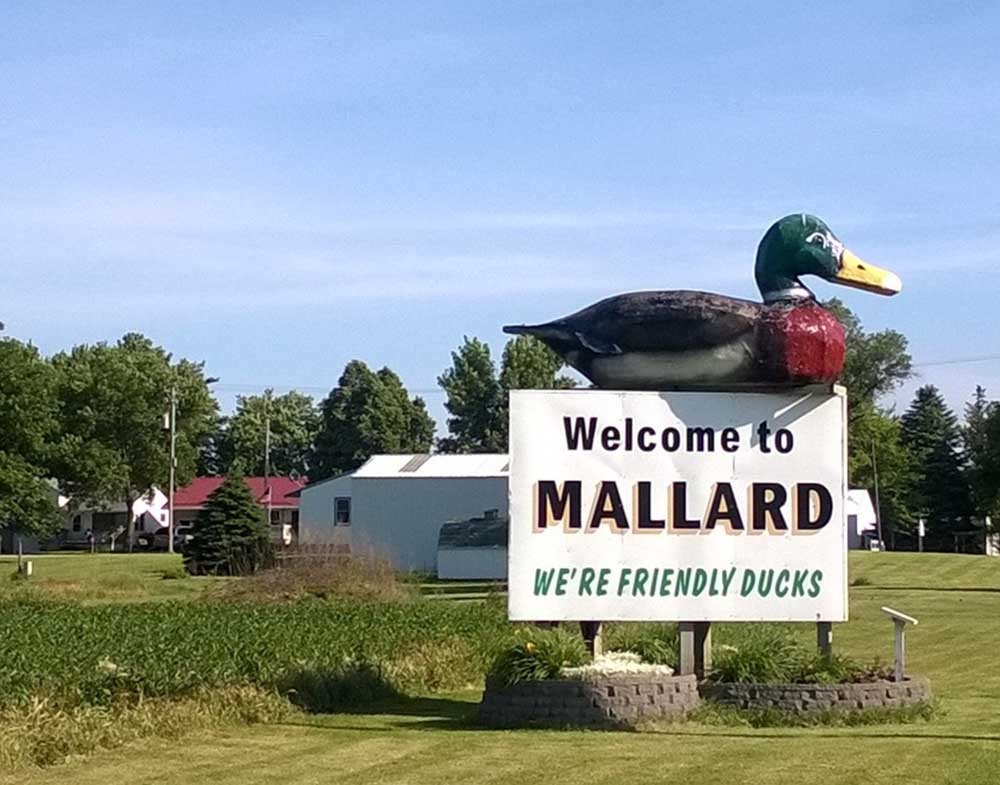 Quack, quack! At the entrance to Mallard stands Iowa’s LARGEST mallard duck. And it just so happens that this town got its name because of the large number of mallard ducks in the area in 1882. 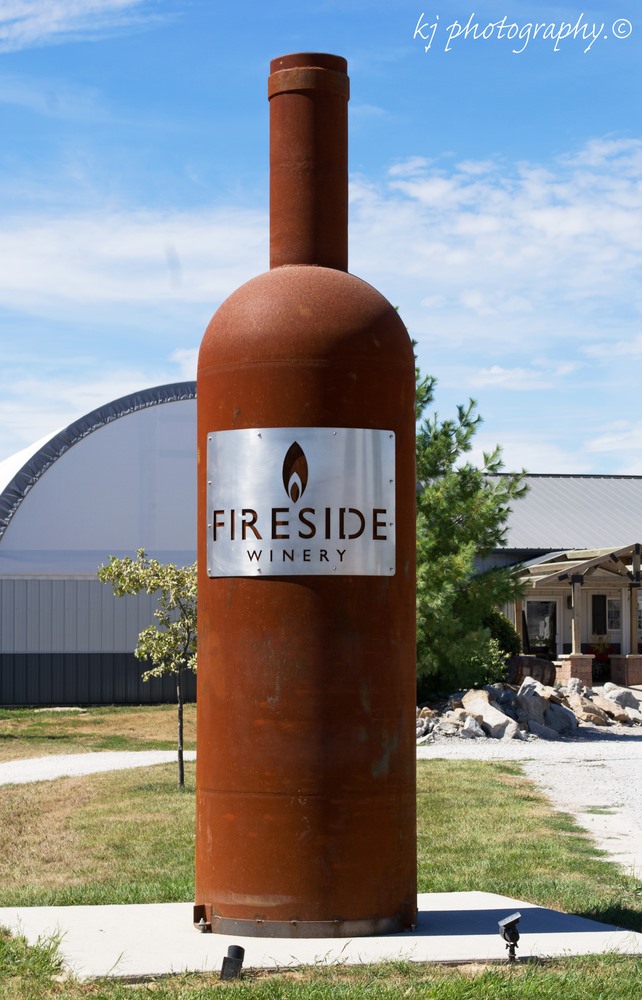 Relax over a bottle of wine at Fireside Winery. And that bottle just happens to be Iowa’s LARGEST wine bottle, measuring over 13 feet tall and weighing 1,820 pounds. This metal sculpture was created by a local metal artist, whose work is also featured in the winery’s gift shop and tasting room. 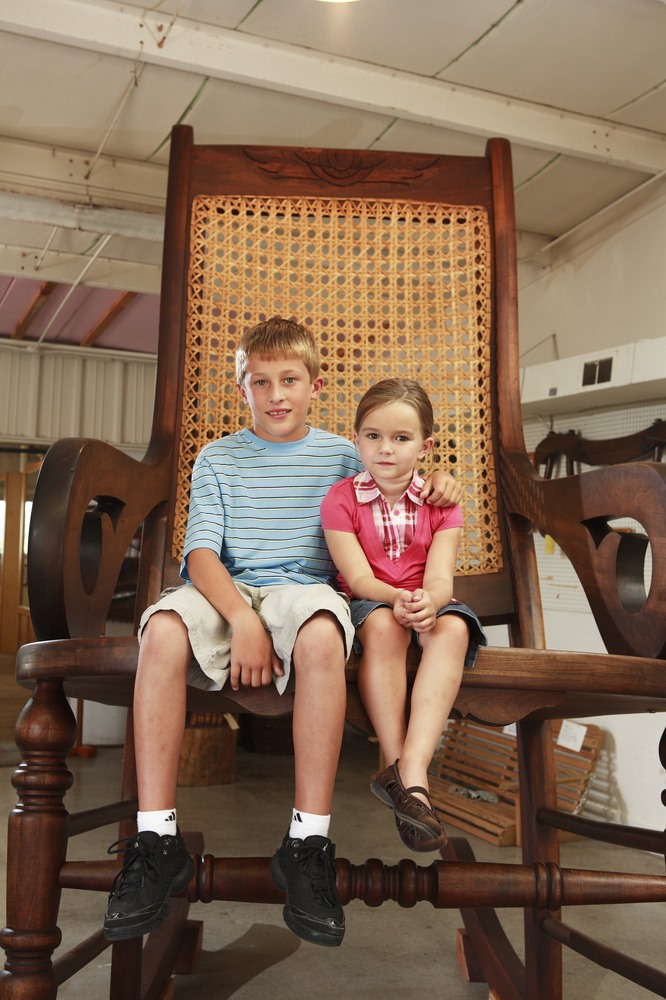 Rock your worries away in Iowa’s LARGEST walnut rocking chair at the Amana Colonies' Broom & Basket Shop. It measures 11 feet tall and weighs 670 pounds. Hop on up and get your picture taken! 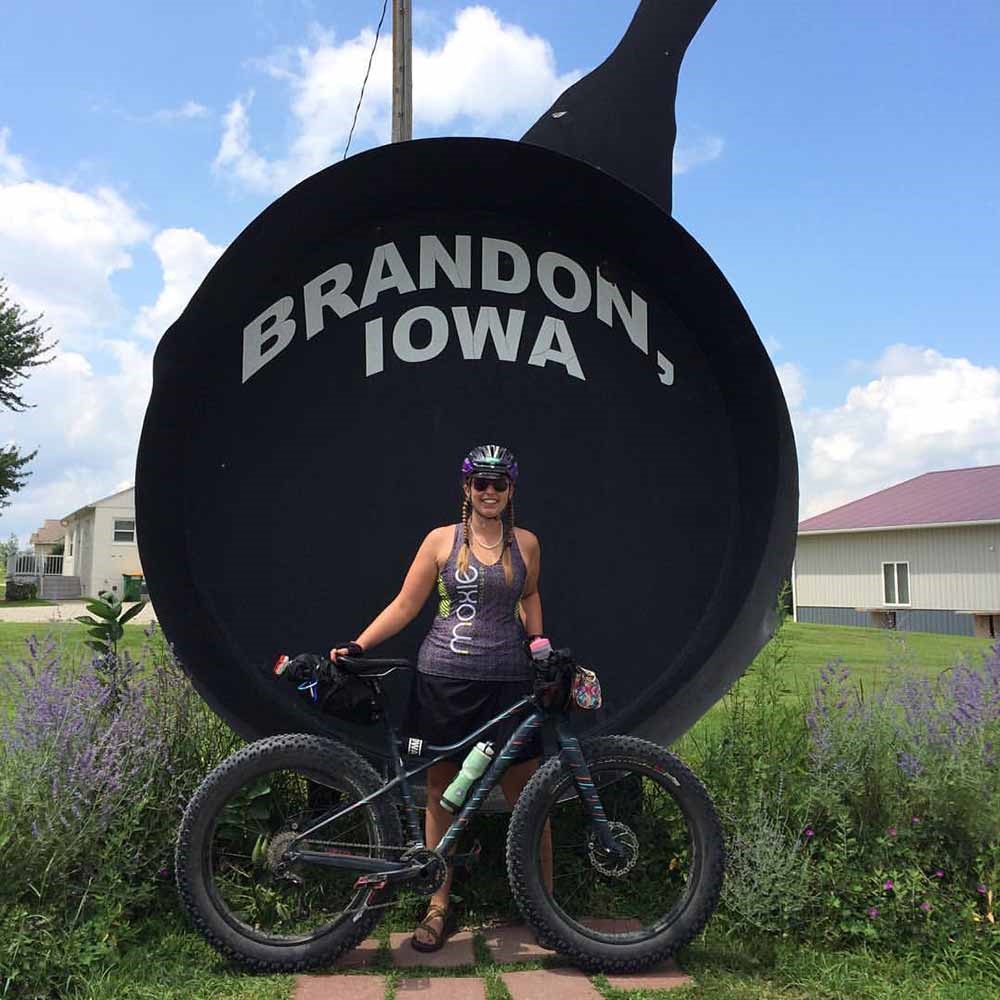 Just think of how many eggs you could fry up at Iowa’s LARGEST frying pan in Brandon. Modeled after a 10-inch cast iron frying pan, it has an eight-foot base and a five-foot handle for a total length of 14 feet, 3 inches. The pan weighs in at a whopping 1,020 pounds and is just three inches short of being the world's largest. The pan is located just off the Cedar Valley Nature Trail.