Iowa’s rich history is preserved for visitors of the state’s 26 National Historic Landmarks. Step back in time and discover Iowa’s origins, as well as the role the state played in the history of our nation. Here are the landmarks that are open to the traveling public.

These seven historic villages were founded by German immigrants as a religious communal society in 1855. One of Iowa’s most famous travel attractions, the Amana Colonies preserve their crafts and culture while offering a variety of experiences.

Blood Run was an intertribal and ceremonial center for the Oneota and Prairie Dakota tribes from 900 to 1720 A.D. Located along the Big Sioux River and and Blood Run Creek, the site includes burial mounds and village sites that are accessible by foot. 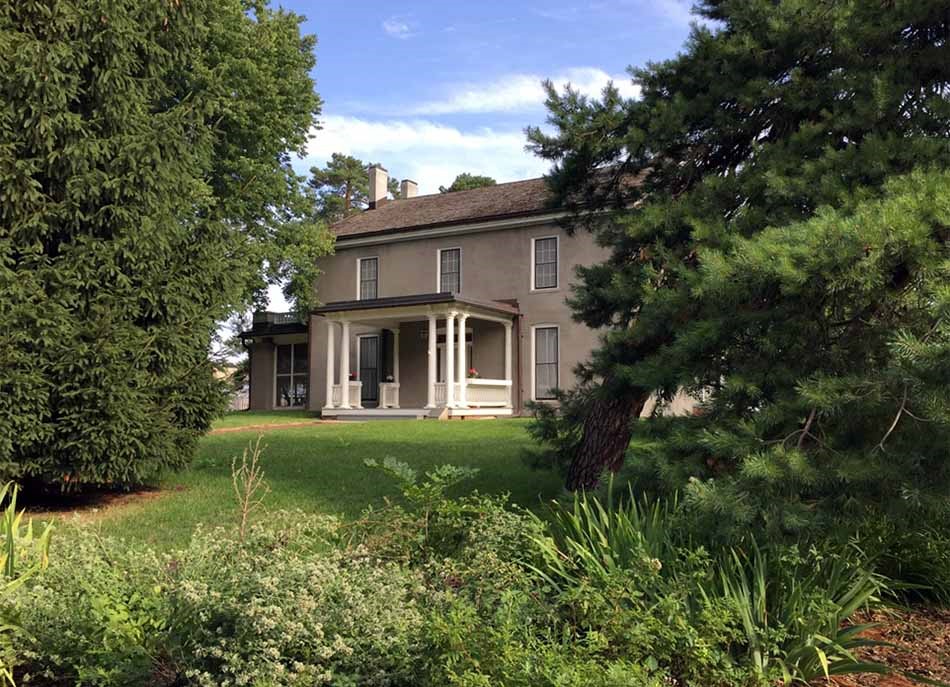 The Farm House was built in 1860 as the first building at Iowa State Agricultural College and Model Farm in Ames. More than 6,000 pieces of Victorian decorative art and antique furnishings are on display, offering a glimpse into the early 19th century life of the university and its first two presidents.

The George M. Verity paddlewheel steamboat was built in 1927 in Dubuque and retired in 1960. View its original boiler, machinery, crew quarters and pilothouse. Photos of 19th century riverboats and artifacts of the steamboat era are also displayed. 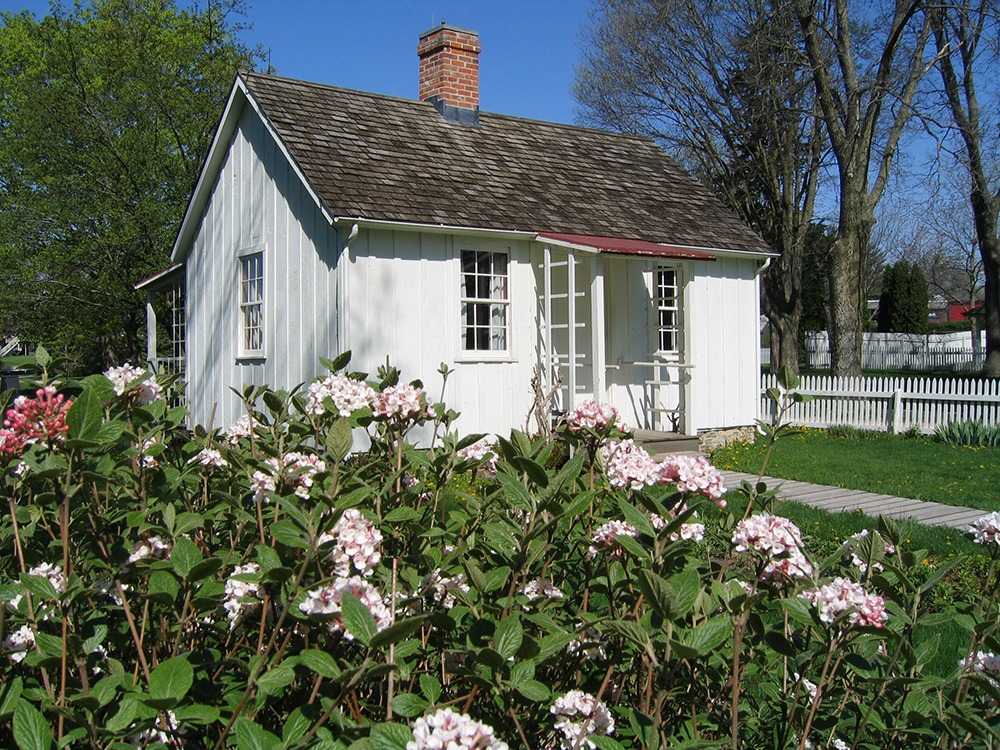 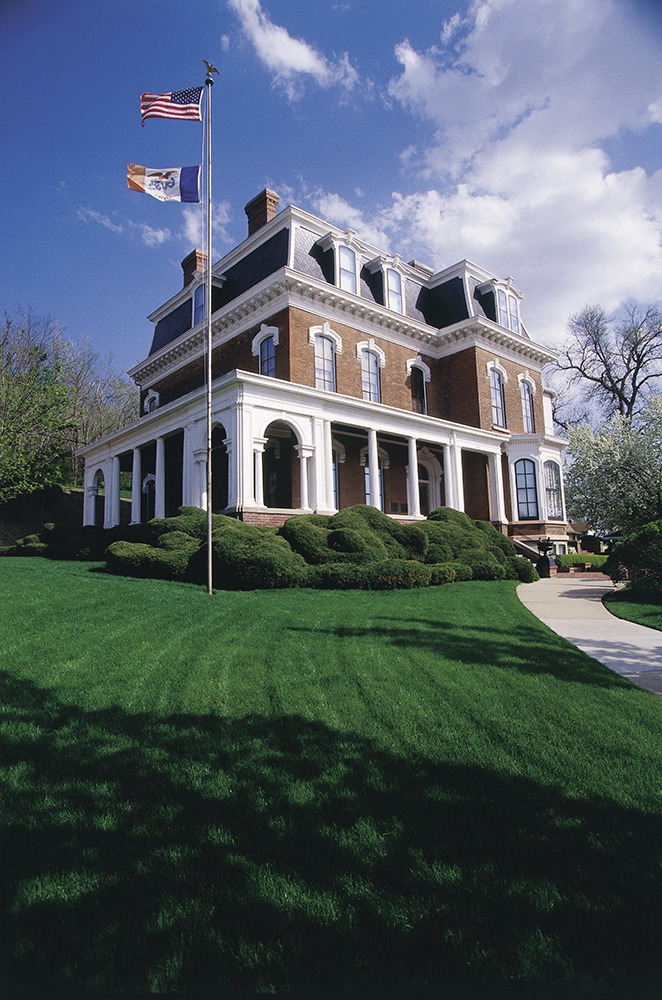 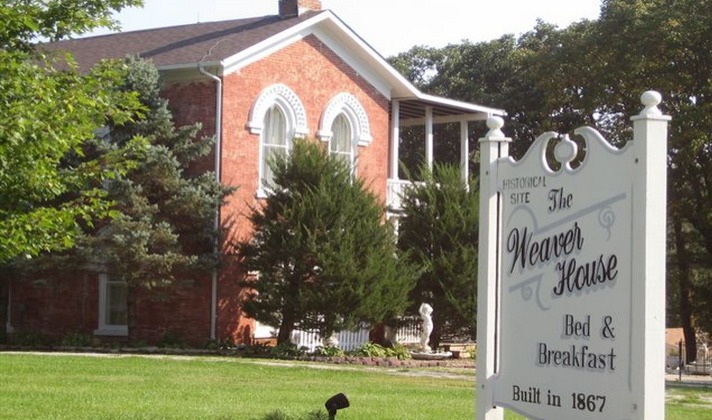 The Weaver House was the home of Bloomfield lawyer and Civil War General James B. Weaver. This striking, two-story, pink-brick structure was built in 1867 by the one-time United States representative.

The Lone Star Steamer, the last wooden-hull sternwheeler, is housed in the Buffalo Bill Museum in Le Claire. Constructed in 1868, the boat plied the waterways of the Mississippi, Ohio and Missouri Rivers. The Museum serves as a tribute to legendary native “Buffalo Bill” Cody as well as a memorial to American Indians, pioneers and steamboat days.

Constructed in Grinnell in 1914, this simple cubical-plan structure is one of the best examples of the “jewel box” banks designed by Louis Sullivan late in his career. Today, the restored Merchants National Bank houses a number of civic organizations. 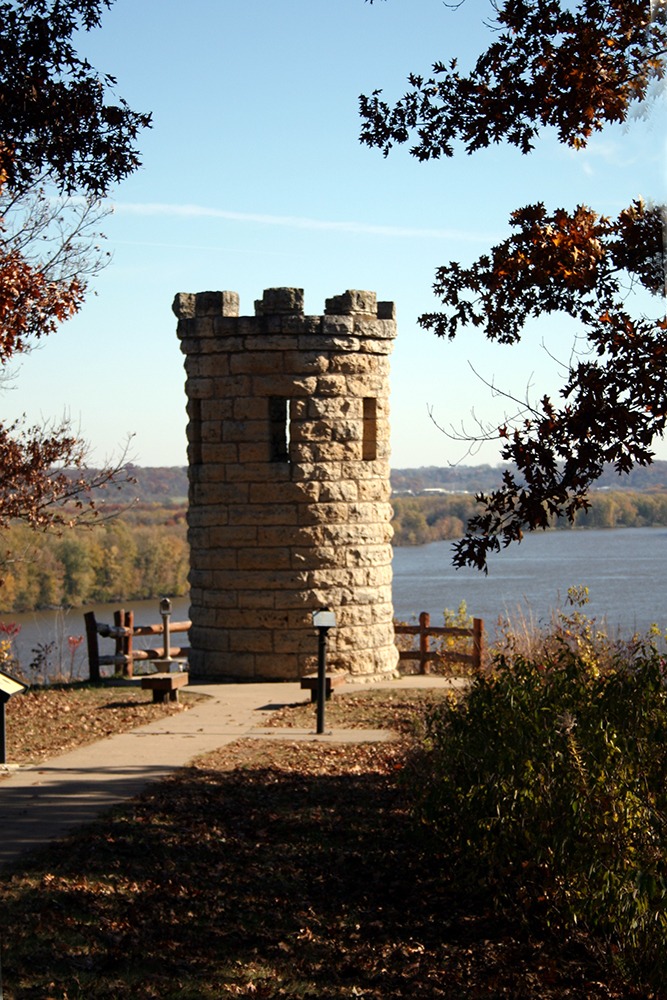 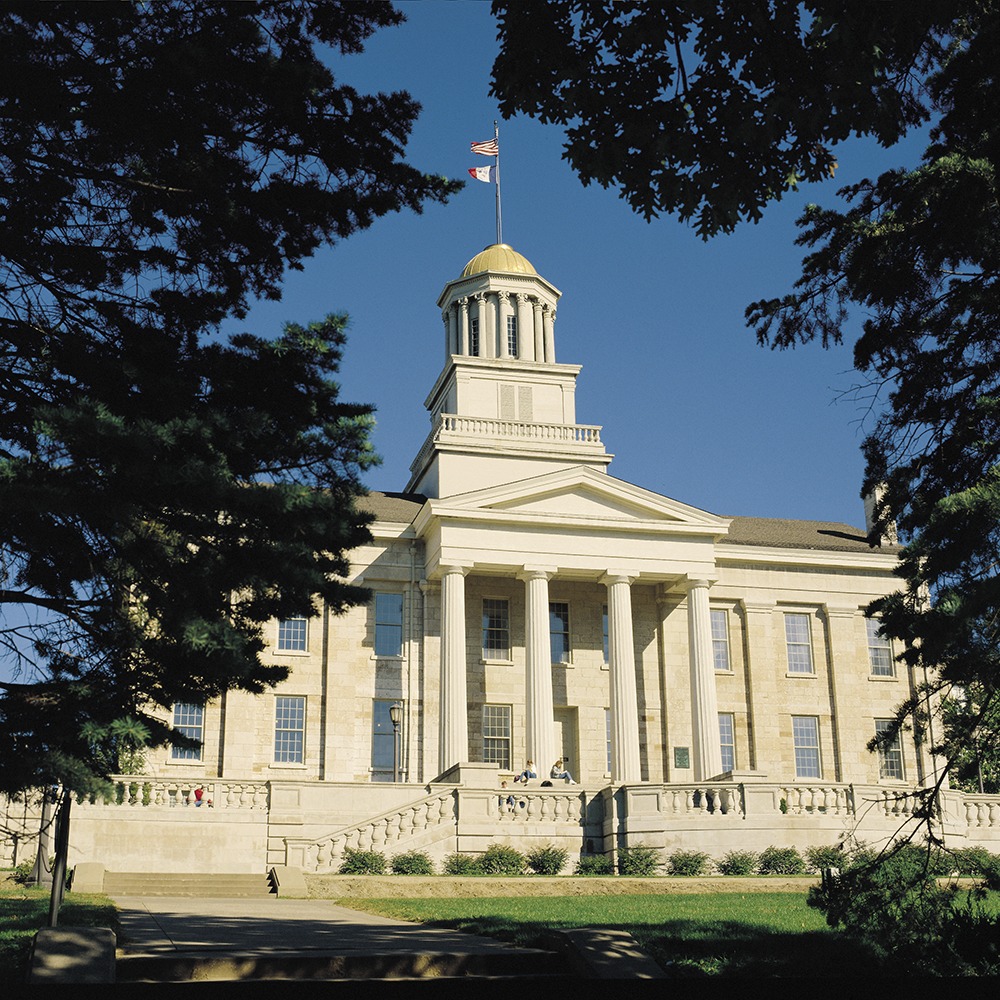 Restored to reflect the years it served as the last capitol of the Iowa Territory (1842-1846), the first State Capitol building (1846-1857) and The University of Iowa’s first building. Self-guided tour and changing exhibition galleries reflect Iowa’s history, culture and heritage. 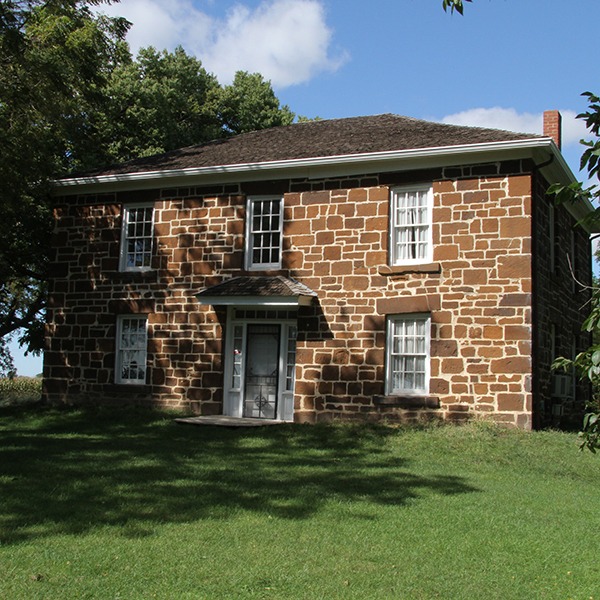 This 100-foot-tall white stone obelisk was the first registered National Historic Landmark in the United States. Overlooking Sioux City and the Missouri River valley, it marks the burial place of Sergeant Charles Floyd, the only fatality of the 1804 Lewis and Clark Expedition.

This diesel inspection ship plied the inland waterways for 50 years as the flagship of the U.S. Army Corps of Engineers construction fleet. See the history of Missouri River transportation through rare photos, artifacts and dioramas located on the Sergeant Floyd Towboat. View one of America’s largest displays of scale Missouri River steamboat and keelboat models. 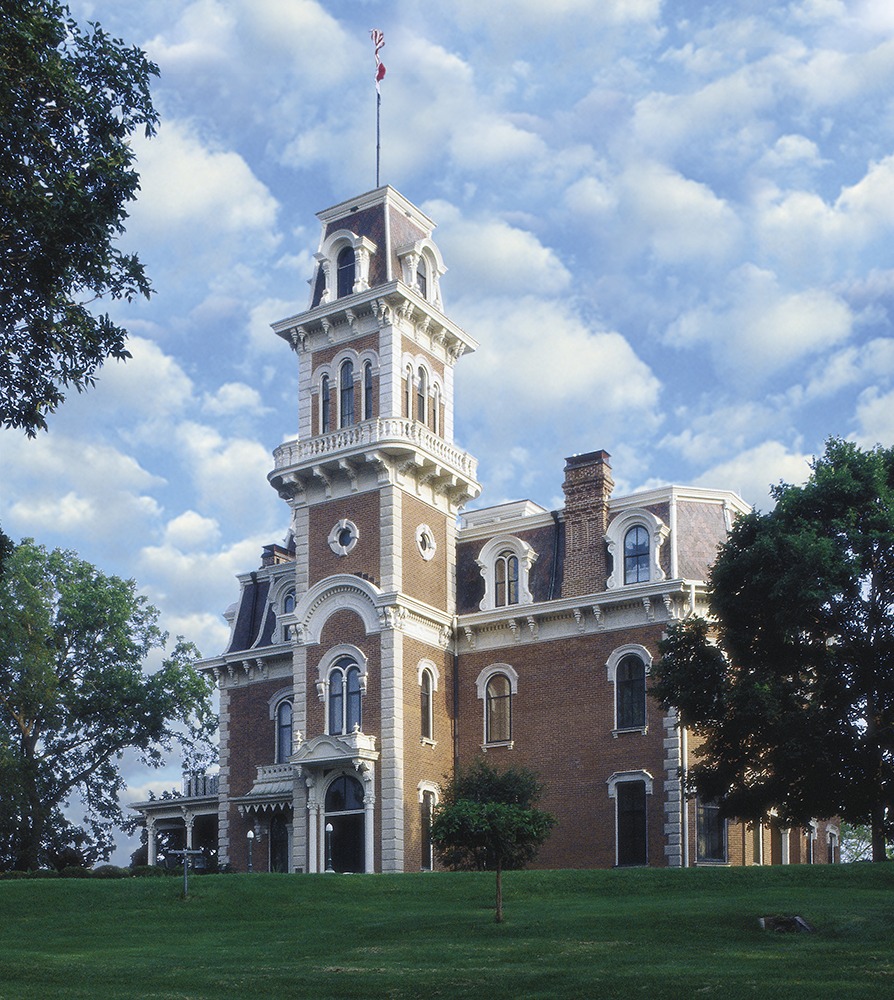 The Hopewellian mounds at Toolesboro are among the best-preserved and accessible remnants of an ancient culture flourishing from around 200 B.C. to 300 A.D. The five-acre site includes several large surviving mounds, an education center and a prairie demonstration plot.

This building, designed by renowned architect Louis Sullivan, is a four-story, steel-frame skeleton, faced with brick, and has exuberant terra-cotta ornamentation at the attic level. The first floor of Clinton's Van Allen and Company Department Store now contains retail.

This working 1934 dredge boat once roamed the Missouri River. Today, tour the engine room and pilothouse of the William M. Black Dredge and experience an overnight in a stateroom to see what life was like on a working steamboat. 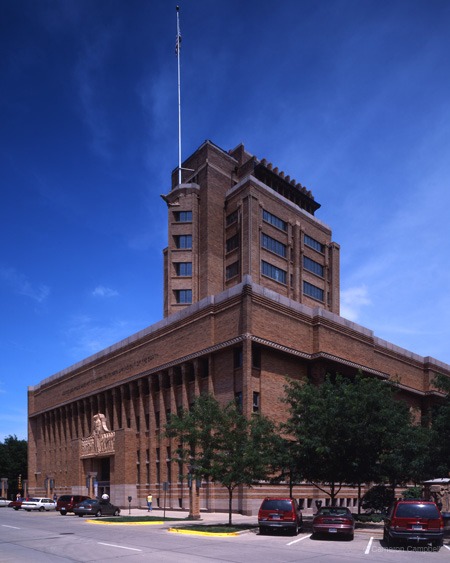 This brick, Prairie-style building was designed by William LaBarthe Steele and built in 1918. The Woodbury County Courthouse is adorned with thousands of colorful tiles depicting panoramic scenes on the first two interior floors and topped by a stained-glass dome. 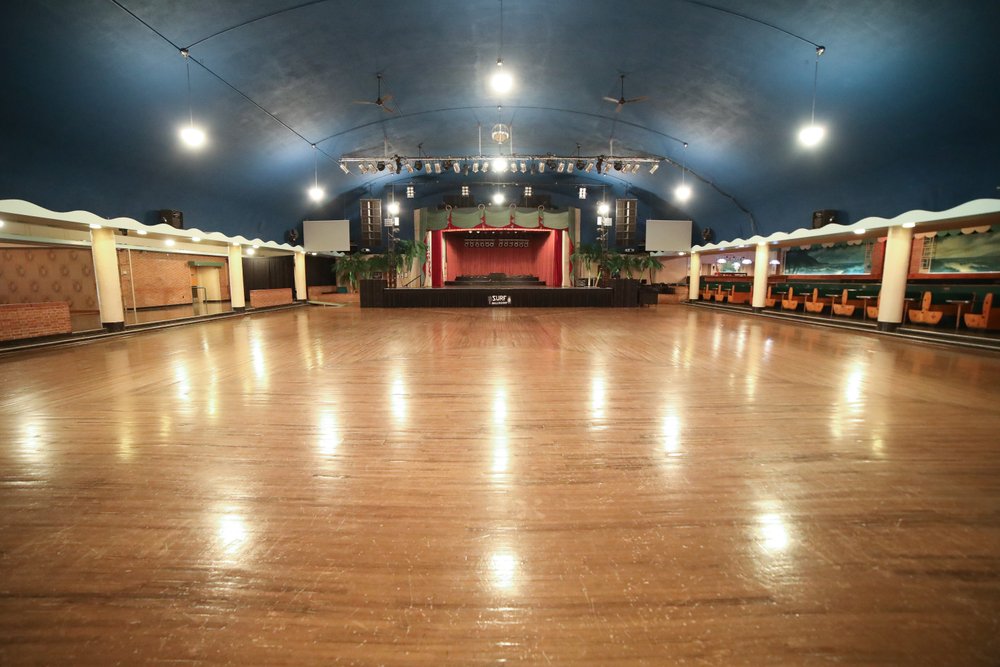 One of the last remaining ballrooms in the U.S., the Surf Ballroom is fully restored and fashioned after a South Seas beach club. The ballroom holds a place in music history as the final concert site of Buddy Holly, Ritchie Valens and J.P. "The Big Bopper" Richardson. In 2009, the Rock & Roll Hall of Fame and Museum dedicated the Surf Ballroom as a historic rock and roll landmark. A to Z Museums