Though Iowa City owes a lot of its culture to the fact that it’s home to the University of Iowa, the vibrant downtown means there are twice as many attractions. The town also makes a great jumping off point for other destinations: Within a half-hour drive, the Amana Colonies’ historical streets are lined with shops and restaurants and Cedar Rapids has worldly finds and global cuisine.

Check out this suggested vacation from the editors of Midwest Living. 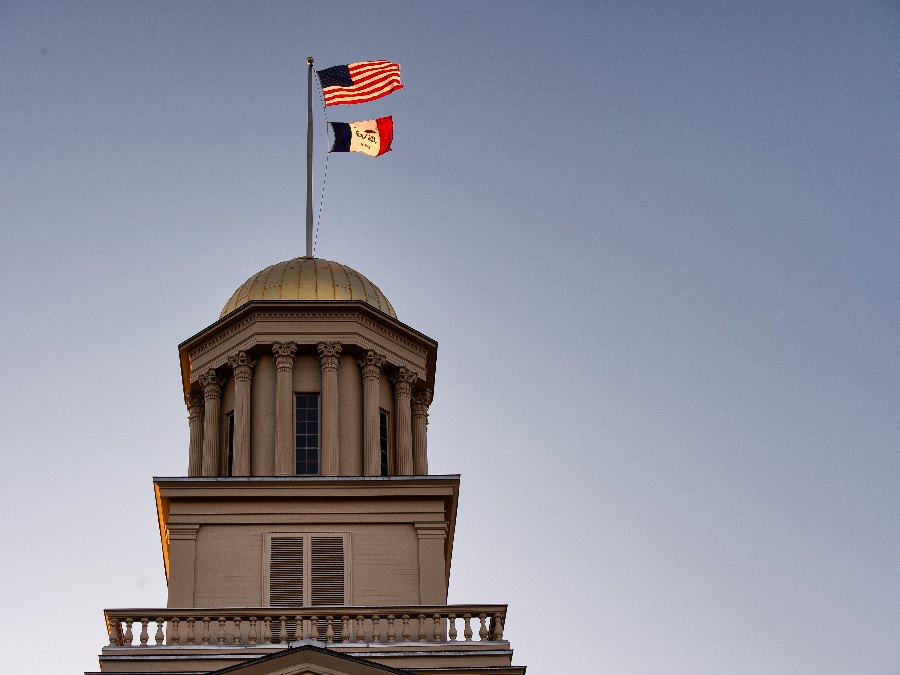 Downtown Iowa City has all the amenities of a major metropolitan city in a walkable area. If you like to shop, the Pedestrian Mall’s offerings are almost all locally owned. The city’s downtown district includes galleries, women’s clothing and boutiques. Plus, many more. It’s easy to get lost in the stacks of books or at a cafe table in at Prairie Lights Books. If possible, try to visit during an author’s reading. They come from around the world, including the homegrown ones from the university’s acclaimed Writers’ Workshop.

The state’s first writings can be found at the Old Capitol, now a free museum. See where Iowa’s first constitution was drafted and its first governor was inaugurated (the capitol moved to Des Moines in 1857). See the bell salvaged from the 2001 fire, then climb a unique staircase known as a reverse spiral (steps lead to the left, then right).

Metropolitan studios at sleek and contemporary hotelVetro have a microwave, refrigerator, convection oven and dishwasher. After a busy day exploring town, indulge in bubbles in the bathtub or in the freestanding glass shower then sink into luxurious pillow-top beds. In the morning, next-door Bread Garden and Market makes a convenient stop for pastries and coffee. 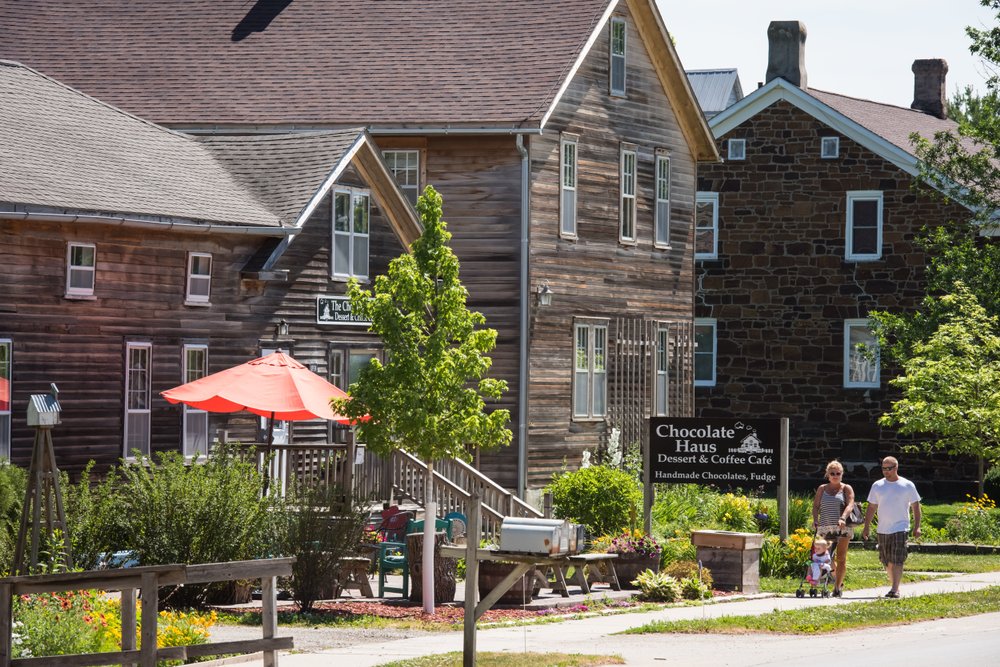 Seven villages—the largest being Amana—make up the Amana Colonies, where almost half of its residents are descendants of the original German colonists. Today, visitors can explore the community where shops of handcrafted items, clapboard homes and family-style restaurants sit on historical village streets. The Amana Heritage Museum—on the west edge of town—makes a good first stop for a better understanding of the religious community. From end to end, downtown stretches about six blocks.

It’s fun to drift from store to store, each full of unique offerings. True to its name, Amana General Store carries a wide assortment, including candles, cookbooks and kitsch. For eclectic tastes, The Clothes Encounter sells popular lines of women’s clothes and scarves; the two floors of retail share space with the Ronneberg Restaurant, known for family-style meals. The Ox Yoke Inn dishes up German specialties like sauerbraten, knackwurst, Wiener schnitzel and enough sides to fill a table.

Ackerman Winery’s tasting bar pours free tastes of its fruity wines, a touch on the sweet side. End your excursion at Millstream Brewing Co., where visitors get two free samples; faves include the hoppy and strong Iowa pale ale and lighter and golden Windmill Wheat. 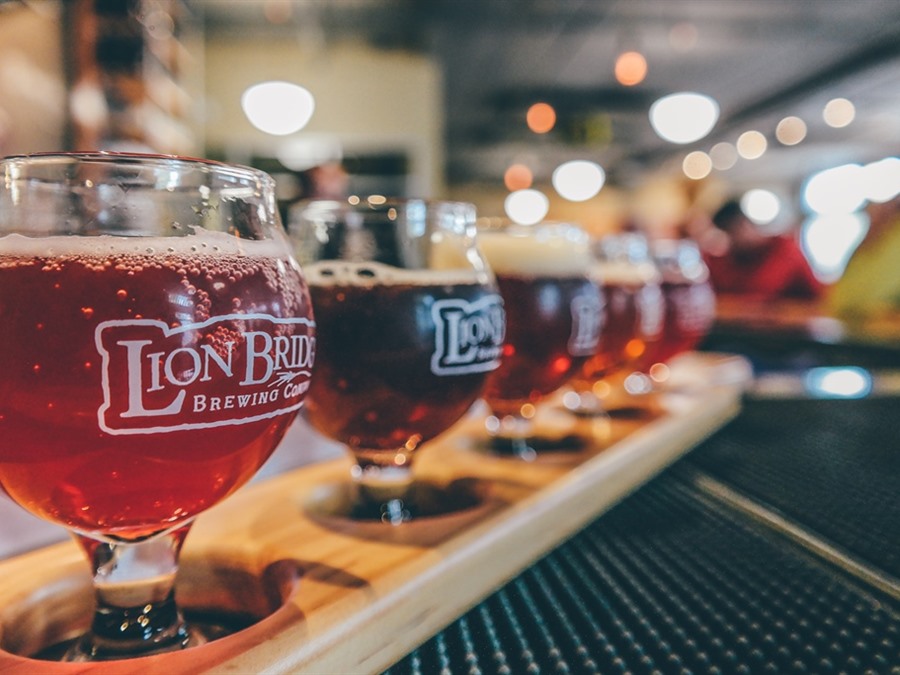 For more than 100 years, immigrants from the Czech Republic have called Iowa’s second-largest city home. The National Czech and Slovak Museum and Library, in the small neighborhood Czech Village, is home to shops and restaurants. Naturally, exhibits focus on all things Czech, including its culture, beautiful textiles and folk costumes. Continue the theme by treating yourself to a kolache at Sykora Bakery, which has been operating for more than 100 years in the historical neighborhood.

For a different cultural experience, discover what it’s like to be a minority in our state at the African American Museum of Iowa, where visitors learn about the Underground Railroad and the struggle for integration in the state’s schools. Notable artifacts include President Obama’s signed podium from the 2008 Iowa caucuses and an exquisite Nigerian mask.

The Cedar Rapids Museum of Art pays homage to its native son Grant Wood. Its more than 200 pieces of his artwork constitute the world’s largest collection. Other area artists round out the collection of more than 2,000 years of art on display.