With a history that reaches into all aspects of the Midwest - railroads, river transportation, agriculture and the Underground Railroad - Iowa's historic homes offer an opportunity to step back in time and appreciate how far we've come. Though many historic homes close for winter renovations, the ones on this list offer tours year-round, making them the perfect places to visit during holiday breaks. Book your tour now and discover the amazing stories and lifestyles of Iowa's past.

Known as the “grandest house west of Chicago,” this magnificent 19th century mansion welcomes visitors to partake in a series of fascinating historical tours. Choose between the standard, Nooks & Crannies or Hired Help tours to discover a diverse insight into the many families who occupied the home between 1884 and 1981. No matter what tour you choose, all visitors can delight in the Cedar Rapids mansion’s themed rooms such as the Grizzly Bar 1940s man cave, the tropical Tahitian Room and the renowned Grant Wood Sleeping Porch.

Built in 1907, this elegant turn-of-the-century home was once known as the finest house in Carlisle and Warren County. The main floor is dedicated to community events such as the Carlisle Area Historical Society’s monthly breakfasts and Sip & Shares. The six bedrooms upstairs showcase rotating displays of local artifacts and photos alongside items that highlight prominent community members. Home of the famous General Grenville M. Dodge, a civil war veteran and one of the greatest railroad builders of all time, this historic 1869 mansion is now one of the Council Bluffs’ greatest historical attractions. Tours are offered Tuesdays through Saturdays and introduce the home’s architectural features such as parquet floors, cherry, walnut and butternut woodwork and several “modern conveniences” that were quite unusual for that period.

The former home of D.D. Palmer, known as the discoverer of chiropractic, offers insight into a different piece of Iowa history. Along with beautiful features such as the one-of-a-kind porch, the Davenport home’s first floor is filled with the extensive Palmer family’s osteology, epigrams and furniture collections. Guests can embark on self-guided tours by appointment to learn more about the family’s success in and development of the chiropractic profession.

Built between 1923 and 1928, the Salisbury House is known as an architectural wonder. Modeled after the King’s House in Salisbury, England, the 42-room, 22,000-square-feet mansion offers self-guided and guided tours to learn more about the home’s construction and area history. The Des Moines home is also a leader in local arts and culture and engages thousands of local and international visitors every year.

Completed in 1869, this exceptional example of the French Second Empire style was home to B.F. Allen, Iowa’s first millionaire. After losing his fortune, the house was sold to Frederick Marion Hubbell. The Hubbell family maintained it for more than 70 years, with the last one departing in 1957. In 1971, the family donated the property to the State of Iowa and in 1976, it became the home of Iowa’s governor. Since then, the Des Moines property has been recognized as a National Historic Landmark offers tours by appointment Tuesday through Saturday.

Built in 1856 for local businessman and lead miner Mathias Ham, this mansion is now a museum that showcases the Antebellum and Victorian eras. Dive into the time period with guided tours given by costumed interpreters who provide details about the rich history of the community, Mathias Ham and the Mississippi River. The Dubuque property also includes the Arriandeaux Cabin, Iowa’s oldest building, the Humke Schoolhouse from Centralia and a historic granary.

Step into the world of early 20th century immigrants. This house was built in 1908 by Jens Otto Christiansen, a Danish immigrant and Elk Horn businessman. According to local stories, he built it as an engagement gift for a young woman who sadly turned down his marriage proposal. Though we don’t know if he ever actually lived in the home, visitors can tour the home to learn more about the Danish immigrants’ journey and the impact of their culture on the community. A combination historical home, museum and historical and genealogy library, the Mowry Irvine Mansion has a surprise in store for all who walk through its doors. Take a tour of the home any day of the week to discover information about prominent Marshalltown citizens, work from local artists, period pieces and beautiful architectural details throughout each room.

Restored to its 1891 décor, the Allee Mansion was built by Jesse James Allee, a civil war veteran who was known in the Newell area for being a progressive farmer and introducing thoroughbred horse racing to the area. Today, visitors can appreciate Allee’s impact on the community, including his early corn research and development of the Iowa Yield Test, as they tour the Queen Anne Victorian home. The museum also includes the Arabic Museum, where you can explore the many artifacts collected by world traveler Keith Carter.

This stately Victorian home of Italianate Gothic design is recognized as one of Polk County’s oldest structures. The mansion was built in 1870 by abolitionist James C. Jordan and was a stop on the Underground Railroad. Guided tours, available on Fridays and Sundays, take visitors through 16 period rooms showcasing West Des Moines’ rich heritage through artifacts and informational exhibits.

Bonus: Stay in a Mansion 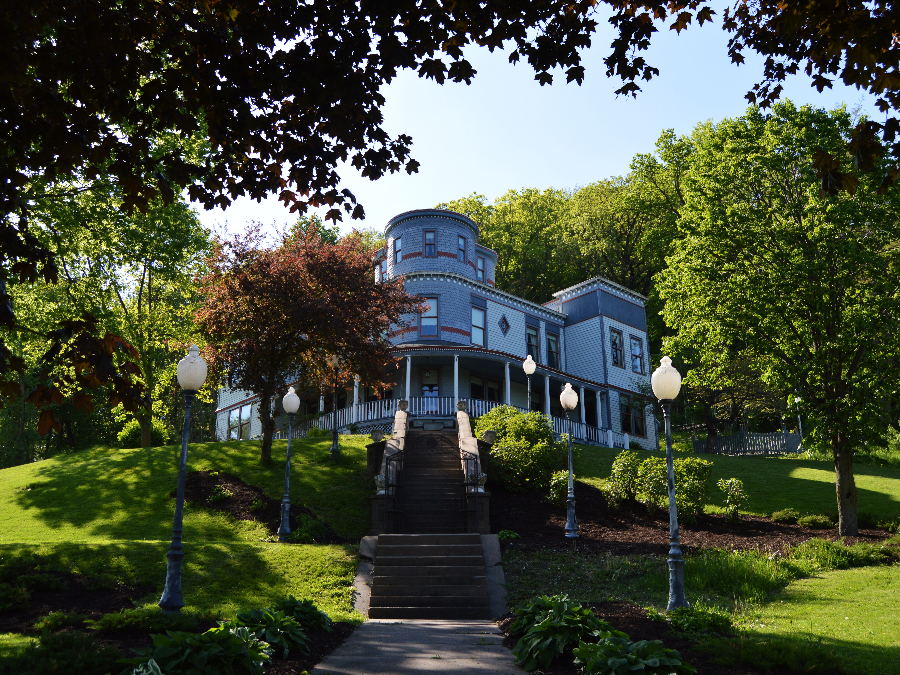 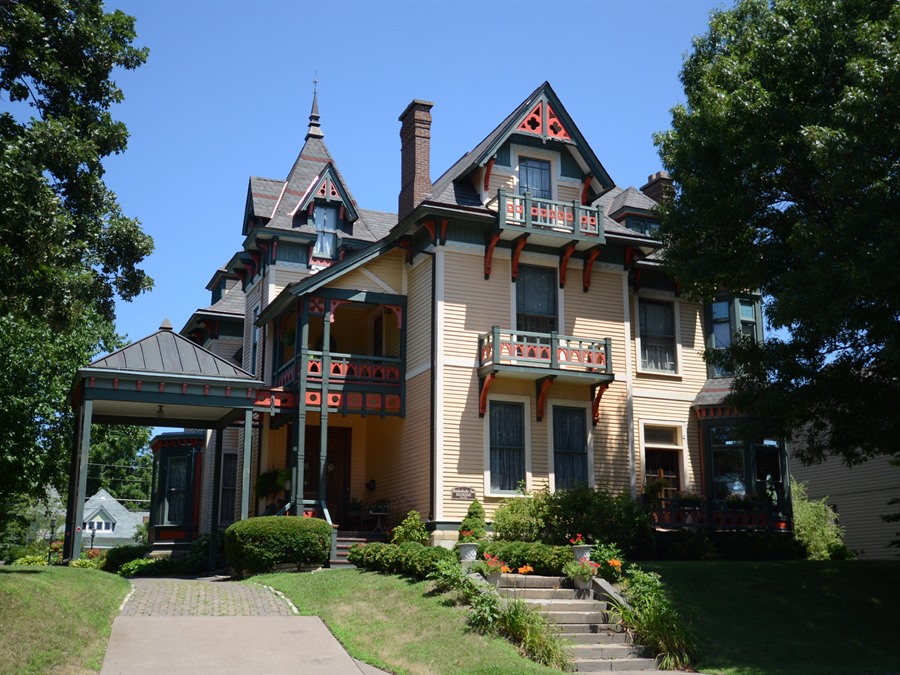 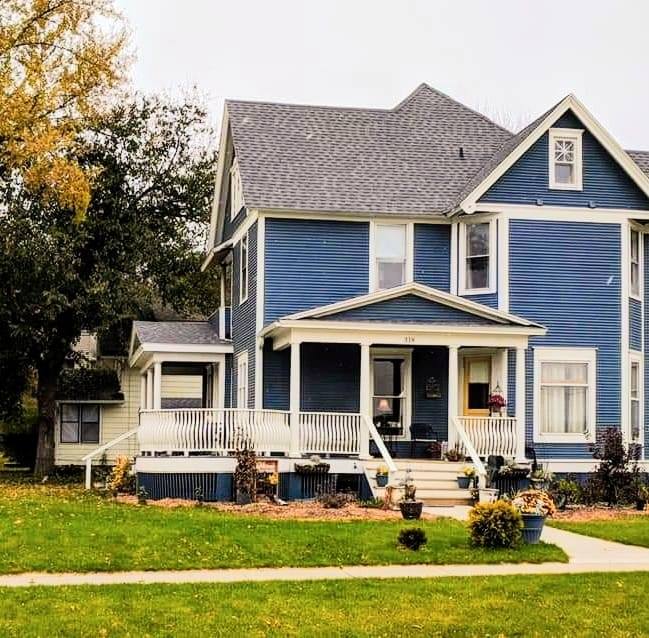