Iowa's connection to Hollywood includes more than 120 feature films representing every genre, including nearly 50 shot on location. Iowa also is the birthplace of several noteworthy actors and actresses, including many who went on to win Academy Awards.

Take a Tinseltown-themed trip without leaving Iowa by exploring these movie sites and actors' birthplaces.

"If You Build It, He Will Come" 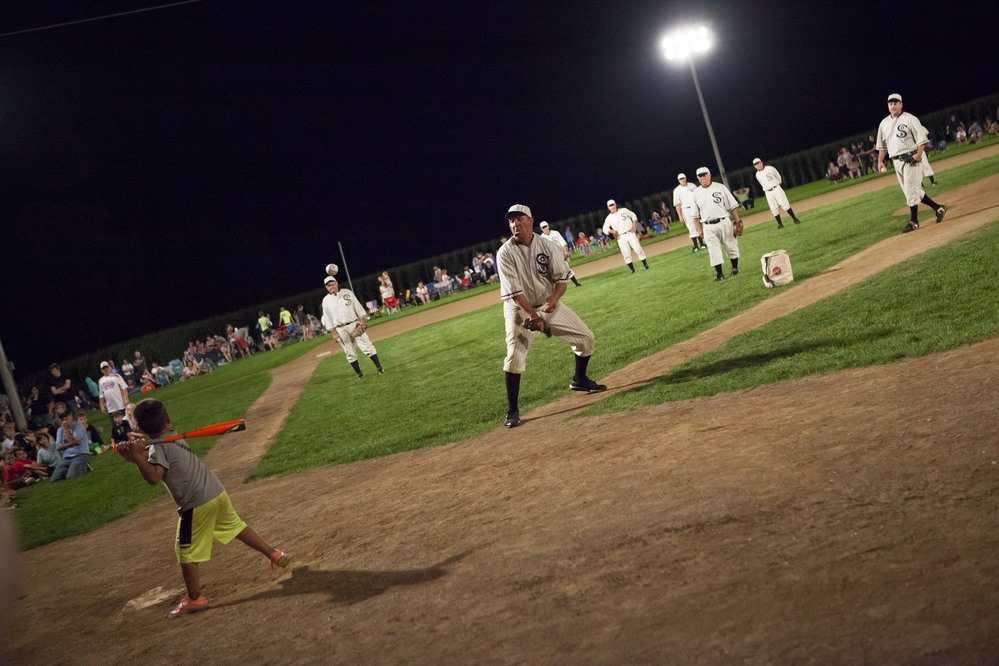 The 1989 Academy Award-nominated movie Field of Dreams, starring Kevin Costner, James Earl Jones and Ray Liotta, was filmed in Dyersville, just west of Dubuque. It is the story of a farmer (Costner) who hears a voice and interprets the message as a command to build a baseball diamond in his cornfield. Once he does, the ghosts of the 1919 Chicago White Sox come through the tall cornstalks to play ball. The field was carved out of a cornfield with volunteer help from the Dyersville Beckman High School baseball team during a summer drought. In fact, the production crews applied food coloring and latex paint to keep the field green throughout the 14-week shooting schedule. 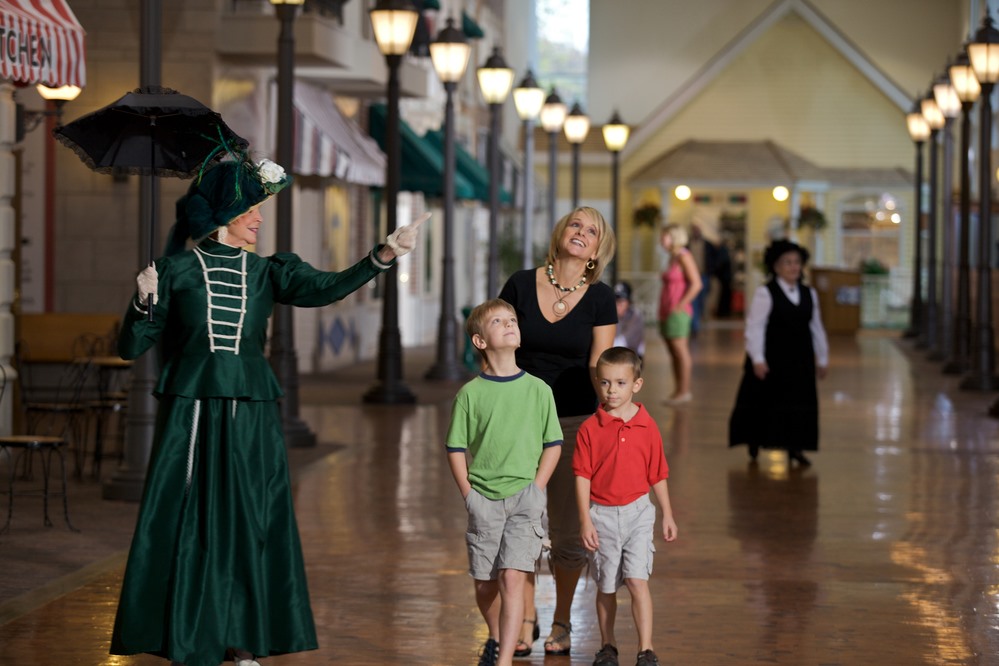 Mason City served as the inspiration for the fictitious River City featured in The Music Man, which starred Robert Preston and Shirley Jones. The Academy Award-winning film and lyrics created by Iowan Meredith Willson tell the story of a con man who set out to rip off naive townspeople by promising to assemble, train and equip a boy's marching band, then abscond with the donations the townspeople collected.

Although the film was shot in southern California, the movie paints a vivid picture of a mid-century Iowa community and its people. The Music Man Square features replicas of many of River City's building, including the Pleez-All Billiard Parlor.

"You See, George, You've Really Had a Wonderful Life." 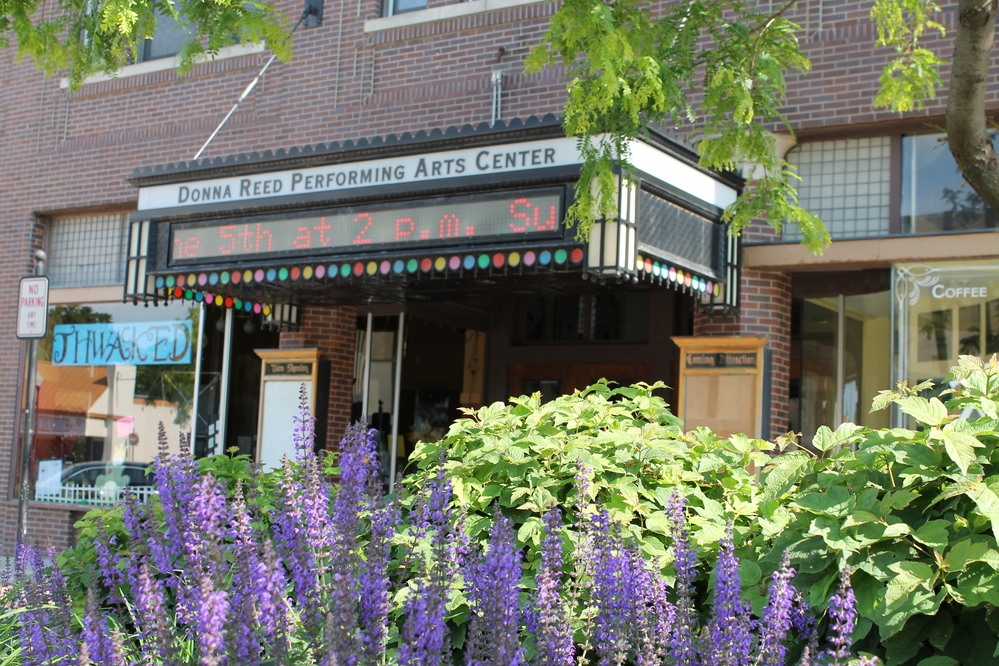 If you're one who gets teary-eyed every holiday season watching It's a Wonderful Life, Denison is a must stop. The western Iowa community is the birthplace of actress Donna Reed who starred in more than 50 movies and television programs from 1941 through 1985. 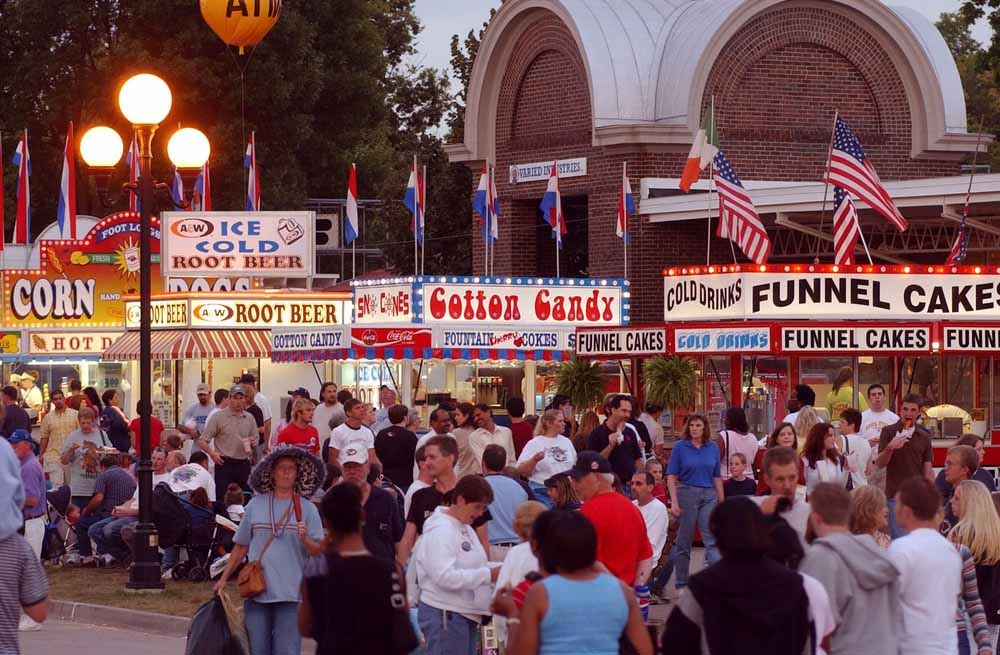 In 1932, Des Moines Register staffer Phil Stong penned the novel State Fair. The tale follows the Frakes family as they make their annual trip to the Iowa State Fair. The book was subsequently adapted into three films and a Broadway musical. Scenes from the 1933 version, starring Will Rogers and Janet Gaynor, were filmed on location at the Fairgrounds in Des Moines.

Iowa's fair is the state's largest tourism event and annually attracts more than a million visitors each August. Midwest Living named it one of the "Top 30 Things Every Midwesterner Should Experience" and it's included in the New York Times bestseller 1000 Places to See Before You Die.

"Young Fella, If You're Looking for Trouble I'll Accommodate Ya." 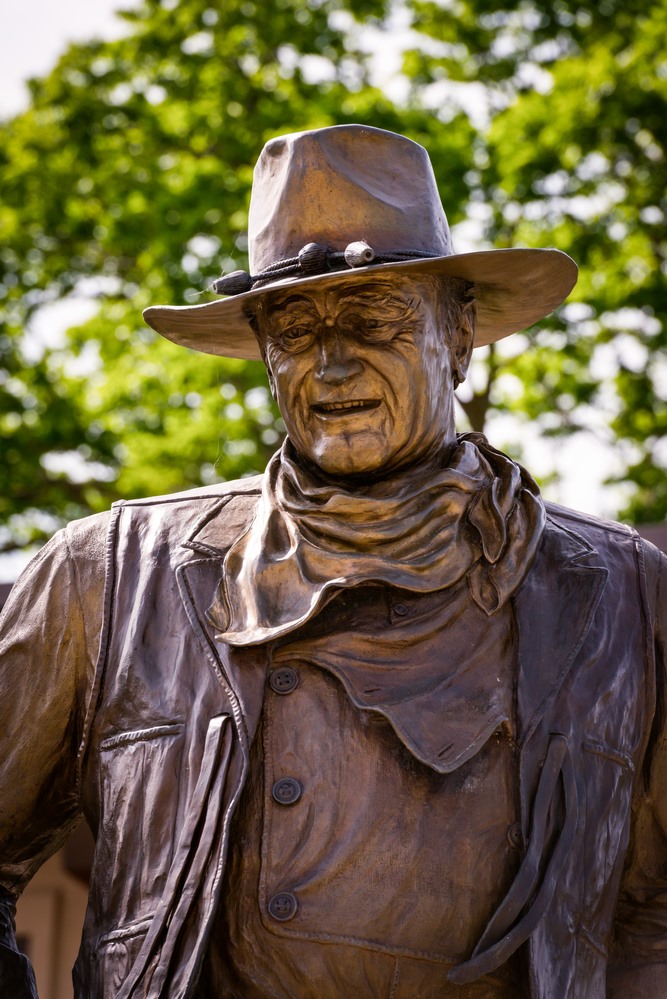 Another acting icon has a strong Iowa connection. Winterset, just 30 minutes southwest of Des Moines, is the birthplace of Marion Morrison, better known as acting legend John Wayne. The 6,100-square-foot John Wayne Birthplace Museum sits adjacent to his restored 1907 birthplace home. The museum includes a theatre showing some of "The Duke's" classic film performances and more than $2 million worth of artifacts from Wayne's life and film career.

Wayne starred in more than 140 films during a 50-year career, mostly westerns and war movies. He earned the Academy Award for Best Actor in 1969 for his role in True Grit. He also earned a Congressional Gold Medal and the Presidential Medal of Freedom.

"Don't Kid Yourself, Francesca: You Are Anything But a Simple Woman." 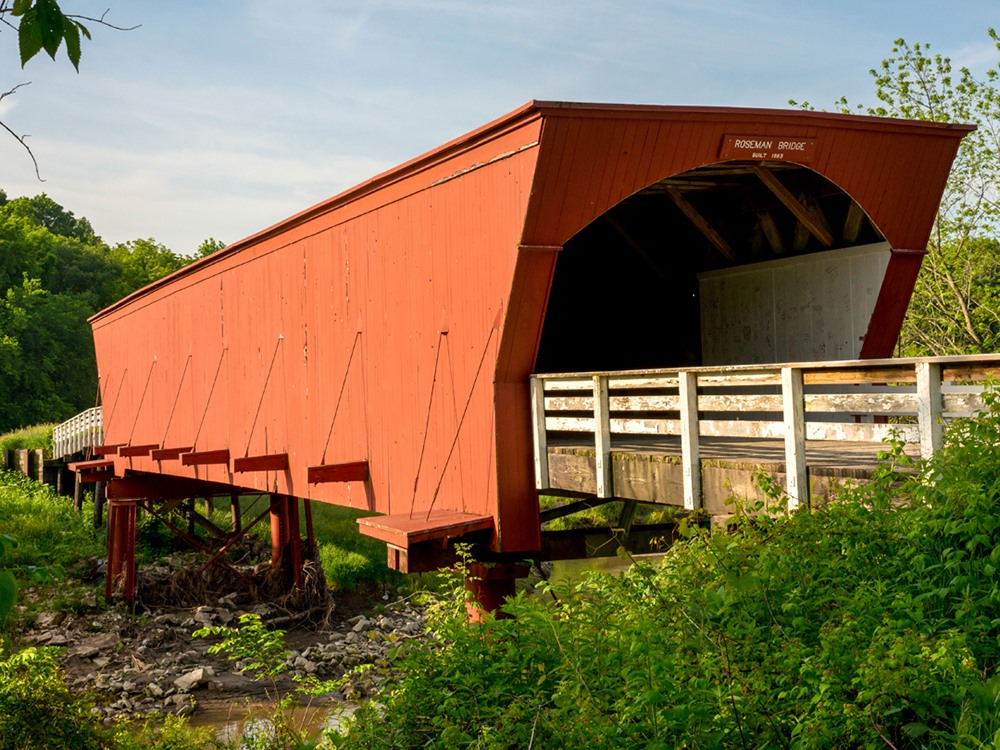 The Winterset area offers a two-fer. It also is the location of the iconic love story The Bridges of Madison County. Starring Clint Eastwood and Meryl Streep, Bridges tells the tale of two adult children who come across love letters written by their deceased farm-wife mother Francesca (Streep), detailing a love affair between her and a photographer (Eastwood), who was on assignment to shoot photos of Madison County's covered bridges.

The film was shot over 42 days in rural Madison County and Winterset. Streep's performance earned a Best Actress Nomination for the 1996 Academy Awards.

Learn more about the lives and achievements of other famous Iowans.