Take in a live theatre show or concert at one of these elegant, historic opera houses on your next date night.

Originally constructed in downtown Corning in 1902, this opera house served the community until 1934 as both a live performing arts venue as well as movie theater. Restoration efforts started in 2000 and were completed in June 2012. The opera house now hosts a variety of events including community theatre performances, Opry concerts and touring musical acts. 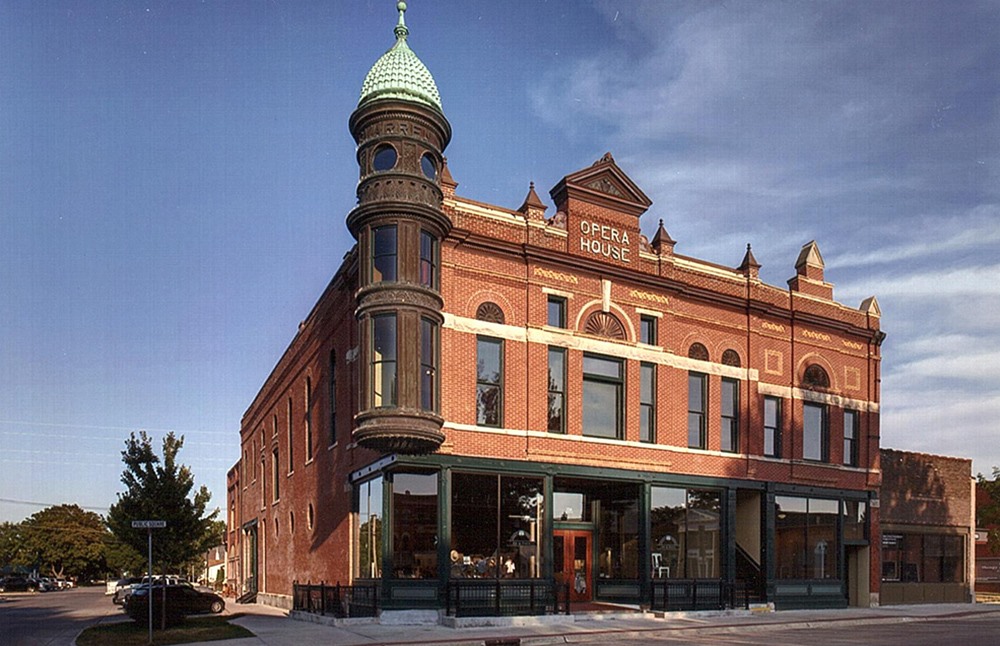 Ed and Eva Warren opened this opera house in December 1896 on Greenfield’s town square. By the late 1940s, the theater space fell into complete disuse. Efforts to restore it started in 1994. The $6.2 million makeover was finished in 2012. In addition to a concert hall, the opera house features a gallery with rotating art shows and a retail shop, Ed & Eva's, with a variety of Iowa-crafted gifts and decor.

Looking for a weekend getaway? Guests can stay in the two-bedroom balcony suite which overlooks the opera house stage.

After starting out as a performance venue, this building then became a produce house, antique shop, bowling alley, skating rink and hardware store. Renovated in 1990, it has returned to its roots and is a 324-seat theater serving the community of Pella. 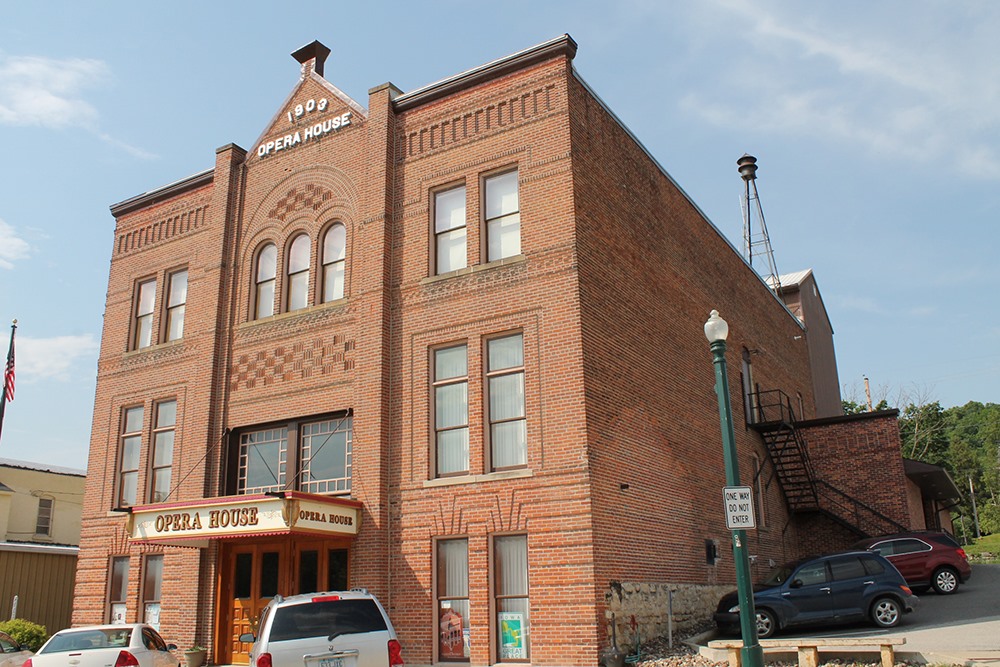 Four days after a fire destroyed Elkader’s previous opera house, residents raised $10,000 for construction of a new building that was completed just months later, opening in November 1903. The building underwent extensive renovations in 2004. Attend a performance of the Elkader Opera House Players or another musical event. 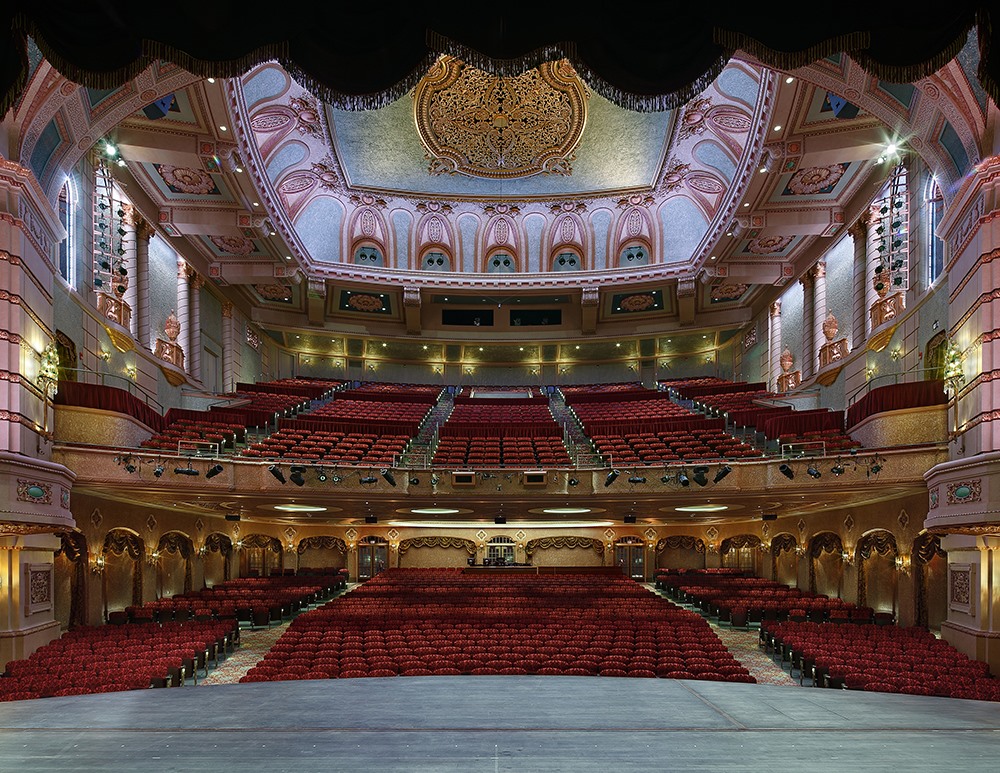 Opened in 1928 as the Capitol Theatre, the Cedar Rapids facility was purchased by Paramount Theatre the next year and renamed. In 2001, the building underwent a $7.8 million renovation. Severe flooding in 2008 inundated the building with more than eight feet of water on the main level, causing $16 million in damage. The post-flood restoration stayed true to the building’s historical nature. The Paramount features a full schedule of performances ranging from theatre and live music to ballet and symphony events.

Prominent Des Moines businessman Hoyt Sherman built his home in 1877. The home stood empty after his death in 1904 until the Des Moines Women’s Club started to use it as their clubhouse. (The women’s display of art became the city’s first public art museum.) The popularity of their guest speakers - Grant Wood, Amelia Earhart and Helen Keller among them – led to the addition of a 1,400-seat theater in 1923. Today, the theater welcomes performances ranging from live music to comedy. Leave time to tour the home's art gallery before the show. 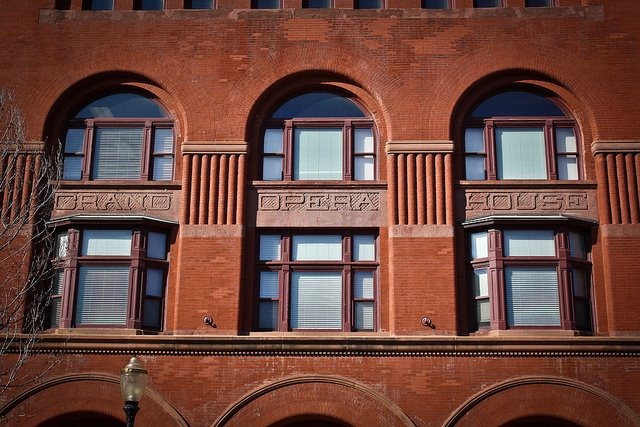 Built in 1889 for a cost of $100,000 using red sandstone and Dubuque bricks for construction, this opera house opened in August 1890. More than 2,600 live performances including Jack Benny, Will Rogers, Ethel Barrymore and Henry Fonda were held on stage over the next nearly 30 years. Converted to a movie theater in 1928, the building was restored as an opera house in 1986 and now hosts musicals, ballets, concerts and other touring acts.

William and Etta Englert opened this Iowa City theater in 1912. Vaudeville touring acts helped fill the 1,071 seats, as did three-reel films. The Englerts lived on the second floor and allowed performers to stay on the third floor. A fire destroyed the original building, but it was rebuilt in the late 1920s. When it appeared the building would be sold and become a nightclub in the late 1990s, concerned citizens rallied to save their theater. The renovated facility opened in 2004. 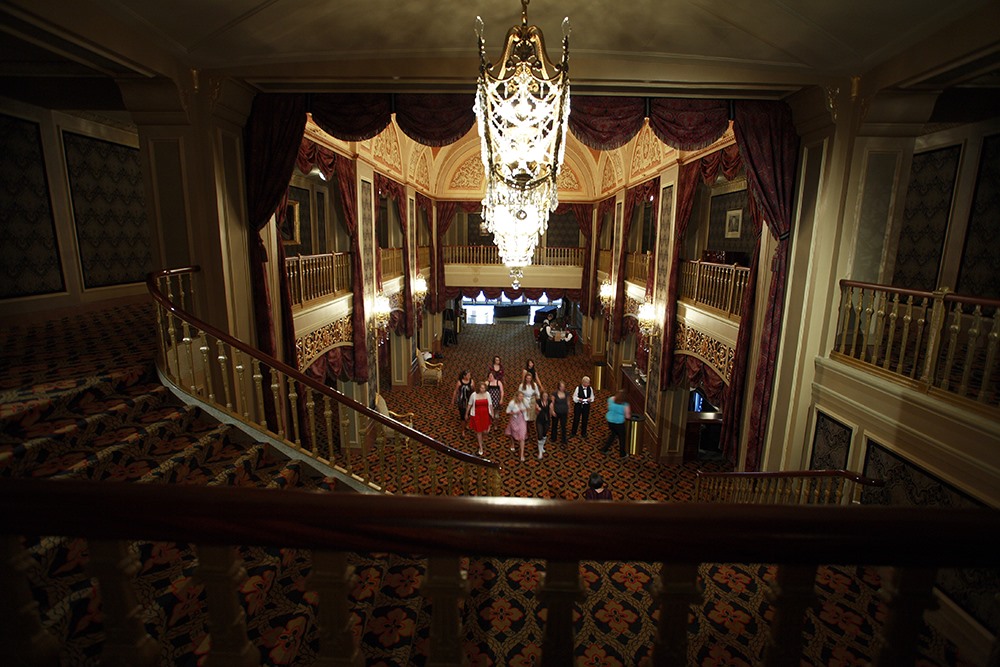 Designed by the Chicago firm of Rapp & Rapp, the Sioux City theater cost $1.75 million to construct in 1927. The three-story auditorium boasted 2,650 seats, a Wurlitzer pipe organ and a hand painted ceiling. In the 1970s and 80s, it was converted to a movie theater. A $12 million restoration back to a performing arts venue was completed in 2001. 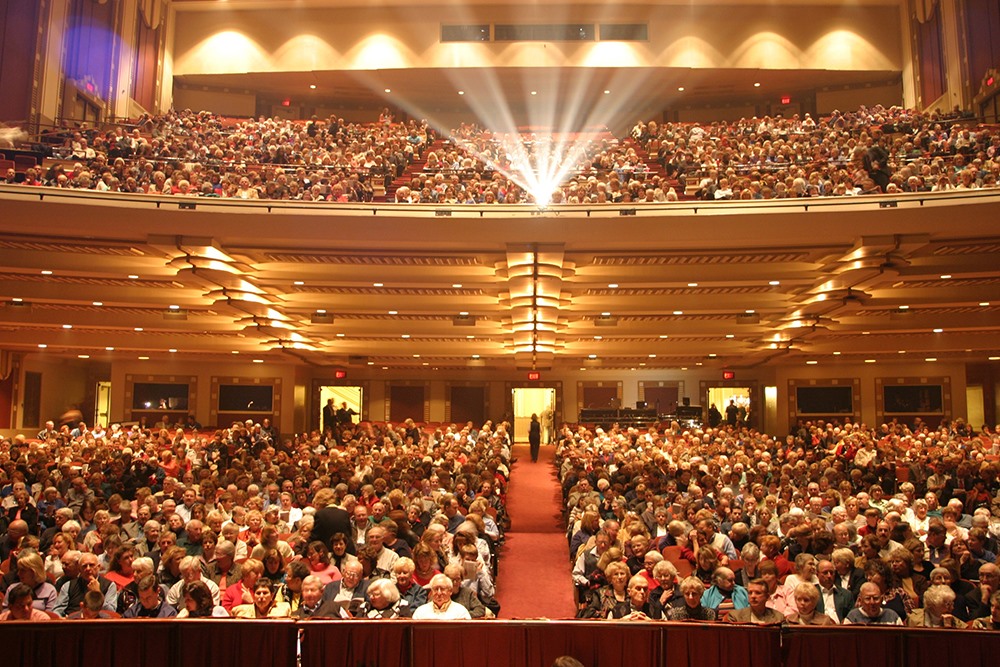 When it opened in 1931, the RKO Orpheum Theatre in Davenport was Iowa’s largest movie house. The rise of multiplex theaters in the 1970s led to its closure as a regular movie house. The facility was renamed the Adler Theatre after $4.25 million in renovations were completed in 1986. The Adler hosts Broadway, musicals, comedies and concerts year-round.