There are some biking events that simply can’t be missed – and Iowa is home to oh so many of them. Check them off one at a time to complete a biking bucket list that rivals any found across the country. 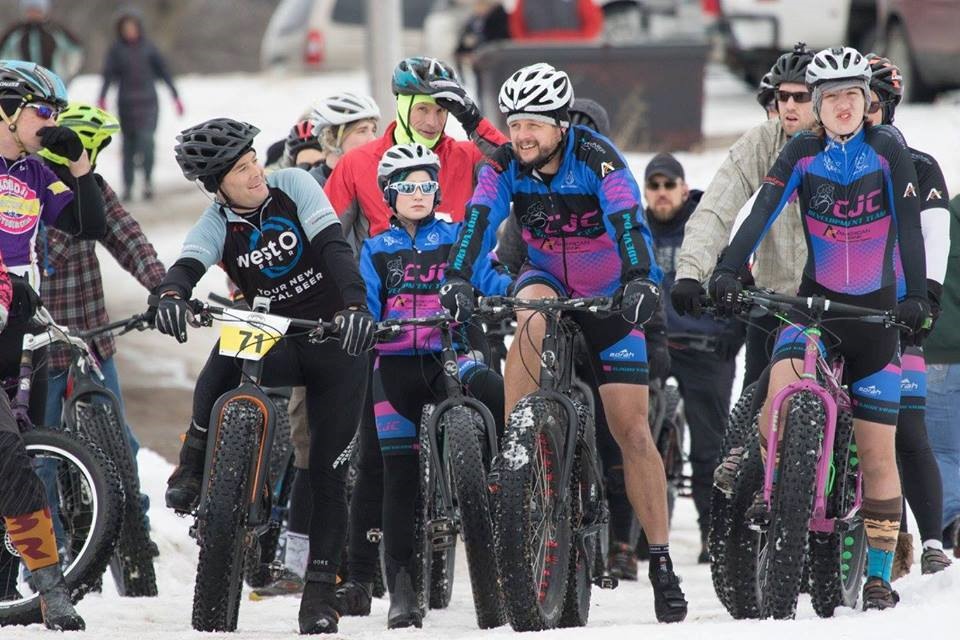 Late January: Part of the University of Okoboji Winter Games held every January, this ride covers approximately 16 miles from Okoboji to Spirit Lake and back. 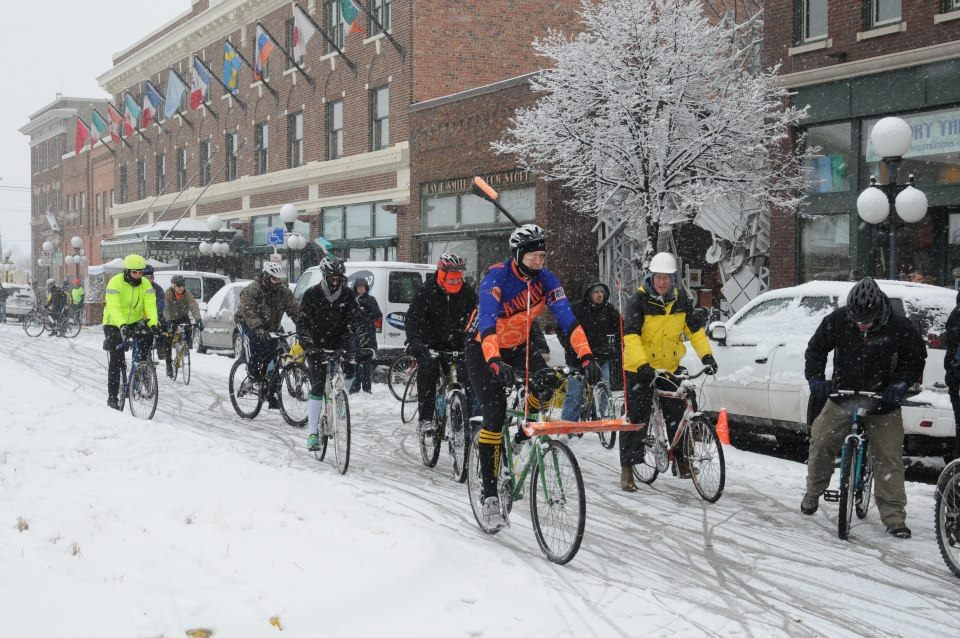 First Saturday of February: Known as the “Original Winter Bike Ride,” the Bike Ride to Rippey (BRR for short) covers 24 miles round trip from Perry to Rippey. Over its four decades, riders have experienced frigid temps, bitter winter chills and challenging piles of snow or spring-like temperatures of 60 degrees.

3. Taco Ride on the Wabash Trace 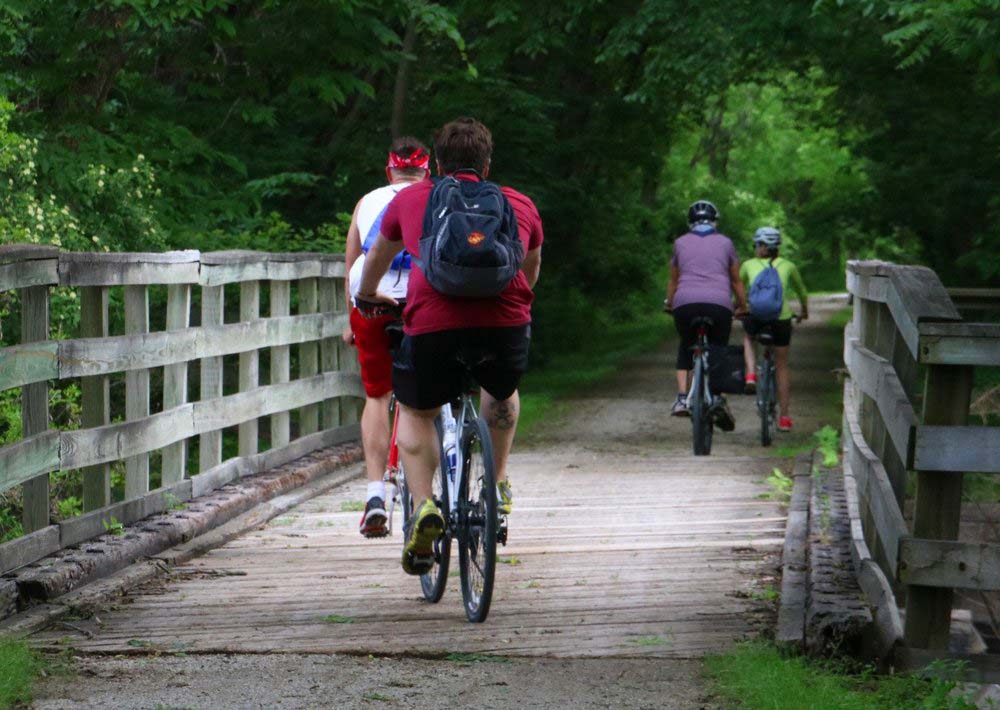 Weekly on Thursdays: This weekly ride on the Wabash Trace Nature Trail from Council Bluffs to Mineola covers approximately 20 miles round trip and offers scenic countryside views. But scenery isn’t the star attraction for the nearly 1,000 weekly riders; the taco night special at Tobey Jack's Mineola Steakhouse is. The Taco Ride is the world’s longest running weekly social bike ride and was listed as one of the 10 best weekly rides by Bicycling Magazine. 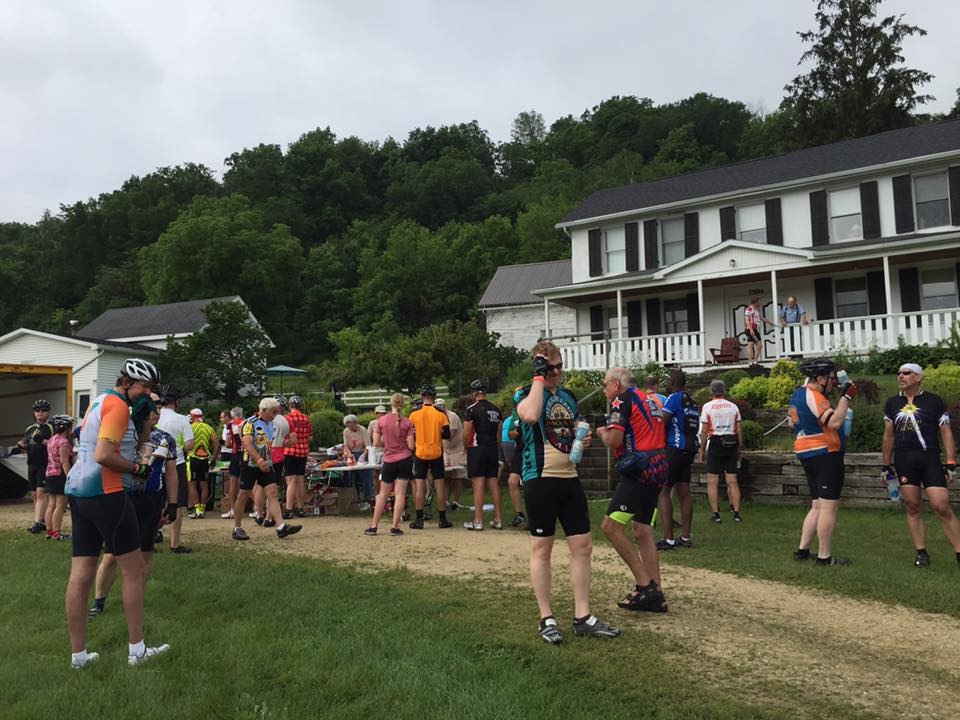 June: Think Iowa is all flat farmland? This ride through the scenic Mississippi River Valley will make you think again. It starts with a 6,000-foot climb on the long route (106 miles) from Bettendorf and the short route (69 miles) from Preston to Clarke University in Dubuque. Day two sends you on a return trip via a new route that features a 4,000-foot climb. 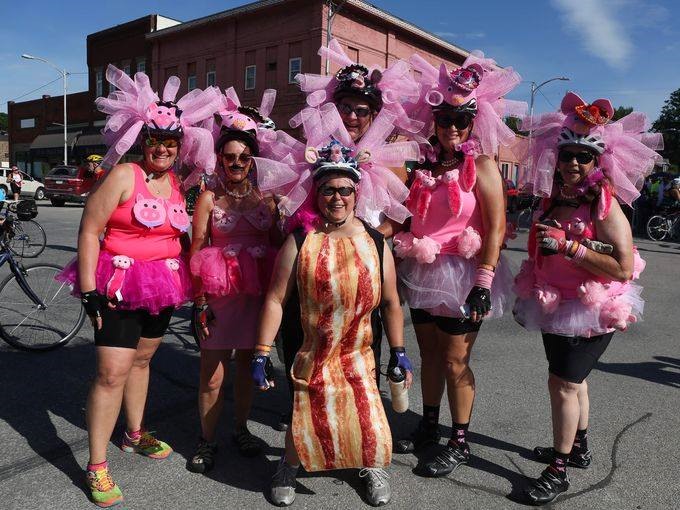 June: Your love of biking and bacon converge on the BACooN Ride! After just two years, it became the second largest ride in Iowa, which just goes to show how serious Iowans take their bacon – and biking. You’ll enjoy 10 stops along the Raccoon River Valley Trail from Waukee to Perry where bacon specialty foods will be waiting to please your palate. Biking + bacon = one delicious ride. 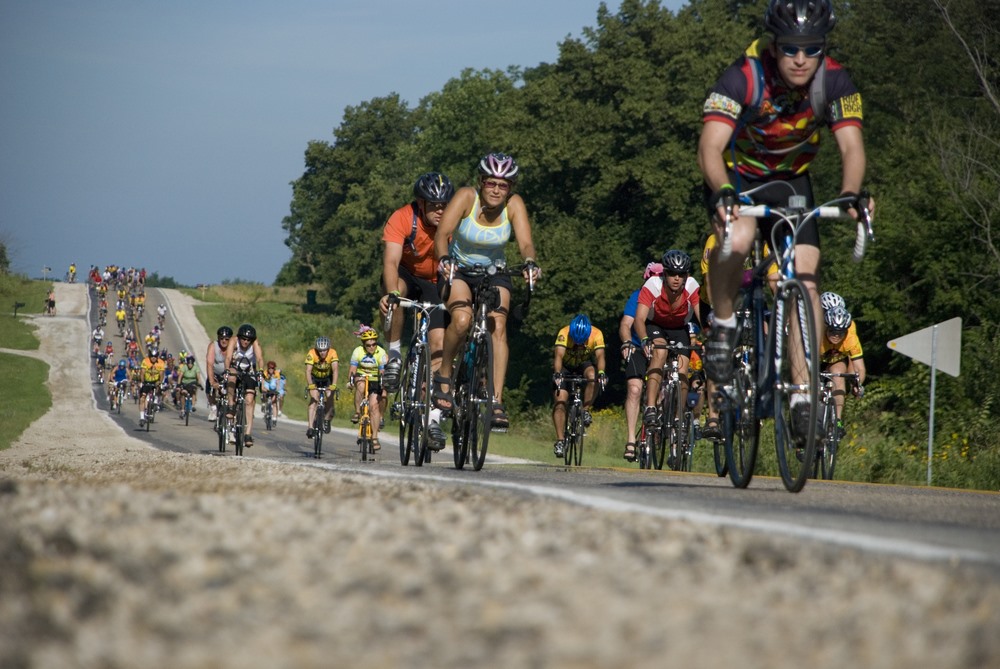 July: Biking enthusiasts from around the world flock to Iowa every summer to participate in the mother of all biking events – RAGBRAI (the Register’s Annual Great Bike Ride Across Iowa). This weeklong, 450+ mile adventure features a new route every year, but one thing’s always the same no matter the route – Iowan hospitality and, of course, the homemade apple pie. Since 1973, thousands of bikers have started their RAGBRAI journey by dipping their back wheels in the Missouri River on the western edge of Iowa and finished with their front wheels in the Mighty Mississippi. 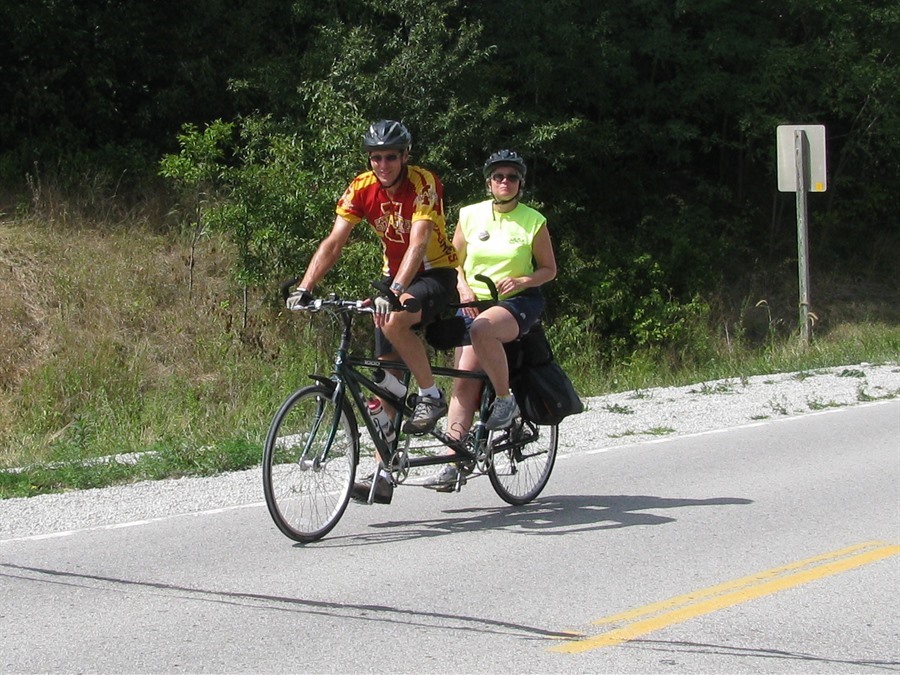 August: History buffs, grab your bikes! During Bike Van Buren, you’ll get a weekend trip through the charming Villages of Van Buren nestled in the southeast corner of Iowa. On this 100-mile leisure ride, you’ll weave through rolling hillsides and 12 historic villages filled with unique shops, museums and roadside attractions. 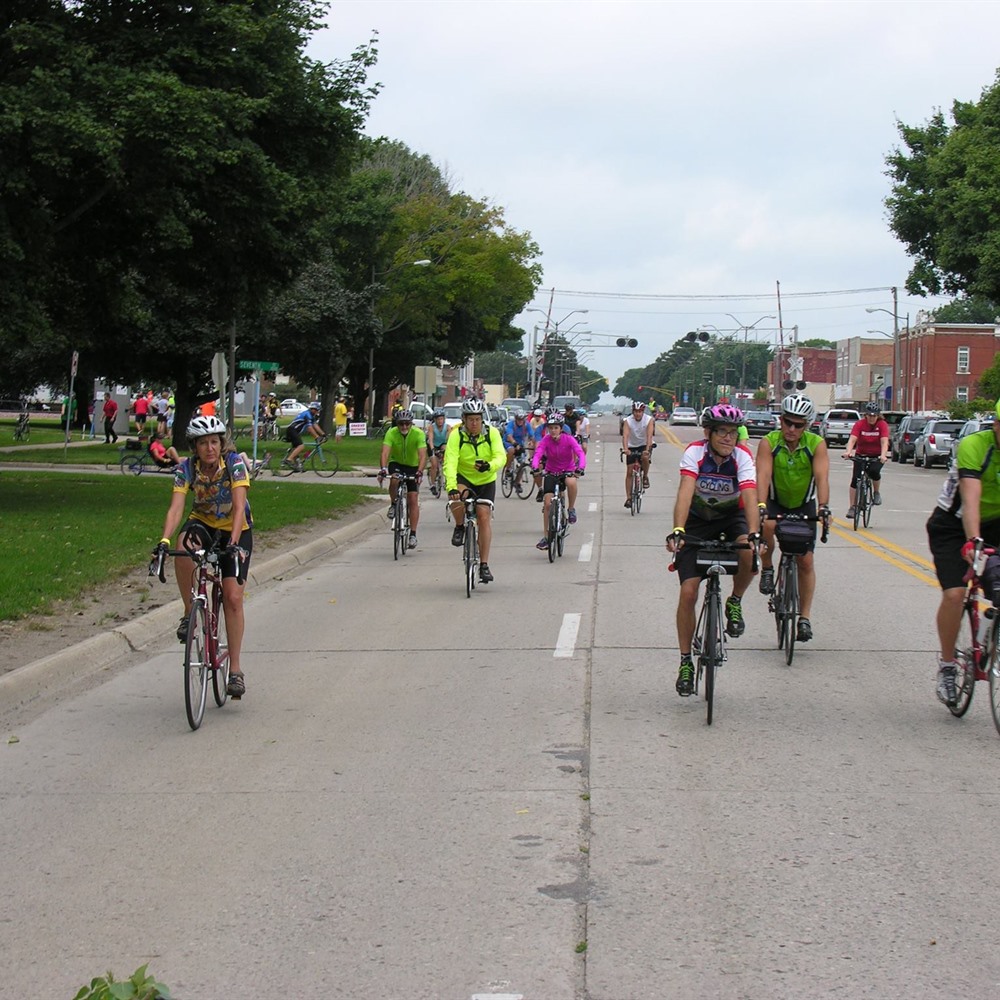 August: Western Iowa’s largest one-day bike ride takes cyclists through the Loess Hills on routes of 29 mostly flat miles or 63 miles with some hills. Both routes are supported with a sag vehicle and refreshments are available along the routes. The ride begins and ends in Onawa, home to the “Widest Main Street in the USA.” 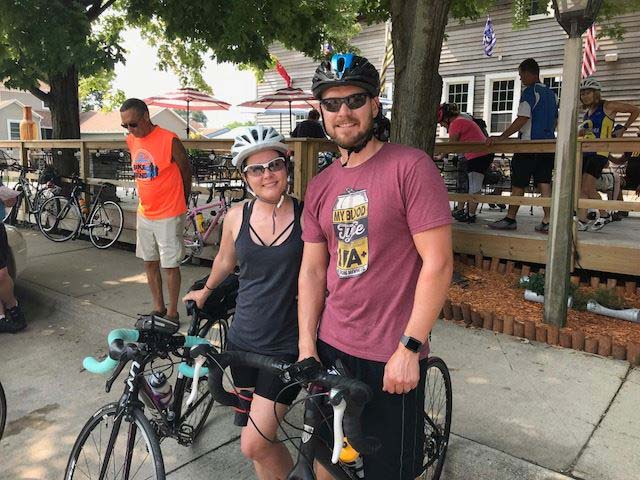 August: Begin a scenic 37-mile bike ride on the beautiful brick streets of Williamsburg and travel through the seven historic villages of the Amana Colonies. Stop at nearby Fireside Winery for a peek at their grape harvest or have a cold one at Iowa's oldest brewery, Millstream Brewing. 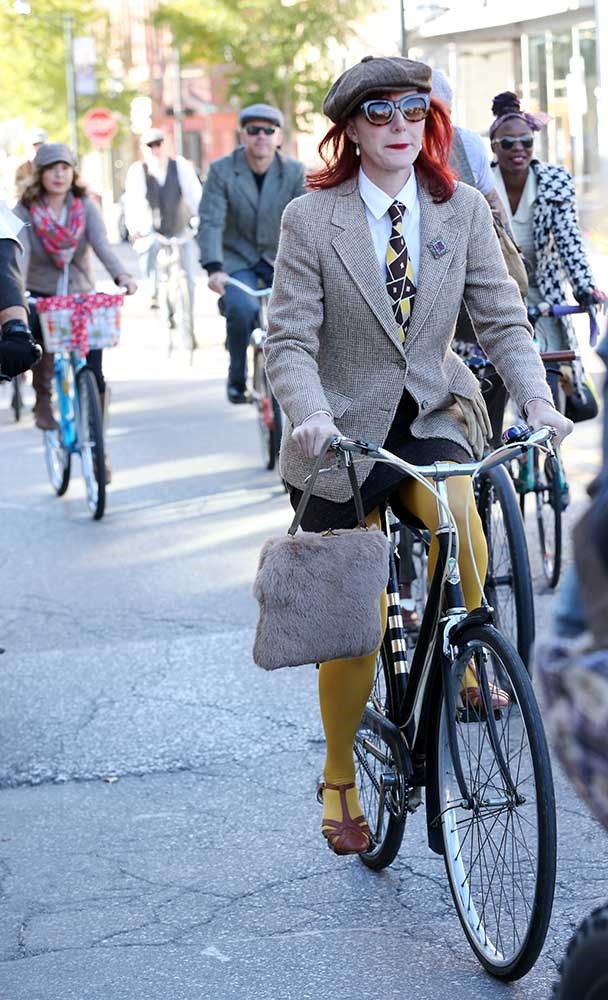 November: Cycle in style (wearing tweed, of course) around downtown Des Moines in this quick four-mile-long ride. Delight in a traditional English lunch of fish and chips at the Royal Mile, ride out to the Iowa State Capitol building, stop at the Iowa Tap Room for a mid-ride refreshment and end back at the Royal Mile, where a 1930s-style celebration awaits.