Drink In the History

Drink in the history at these breweries and wineries housed in historic buildings and furnished with Iowa antiques. 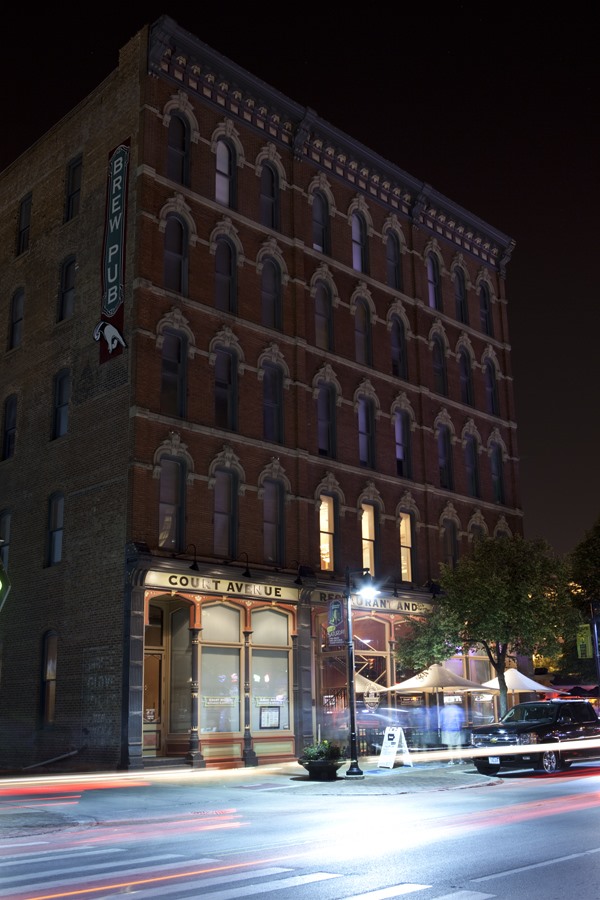 Court Avenue Restaurant & Brewing Co. ("CABCo" to insiders) is located in the Saddlery Building in the heart of downtown Des Moines.

The original saddlery company (established in 1881) made saddles, harnesses and leatherworks for almost 20 years. Over the years, the building was also home to a shoemaker, glove company, the Krispy Kone Company and the Kaplan Hat Company (which was also the name of the restaurant once located on the first floor).

In 1996, CABCo established itself as Des Moines' first brewery since Prohibition. Its décor and beer labels celebrate the history of the building and brewing in Iowa - the names are spin-offs from now-defunct Iowa breweries that were popular before Prohibition. Almost all of the pictures, posters, signs and bottles are antiques from bygone Iowa breweries. 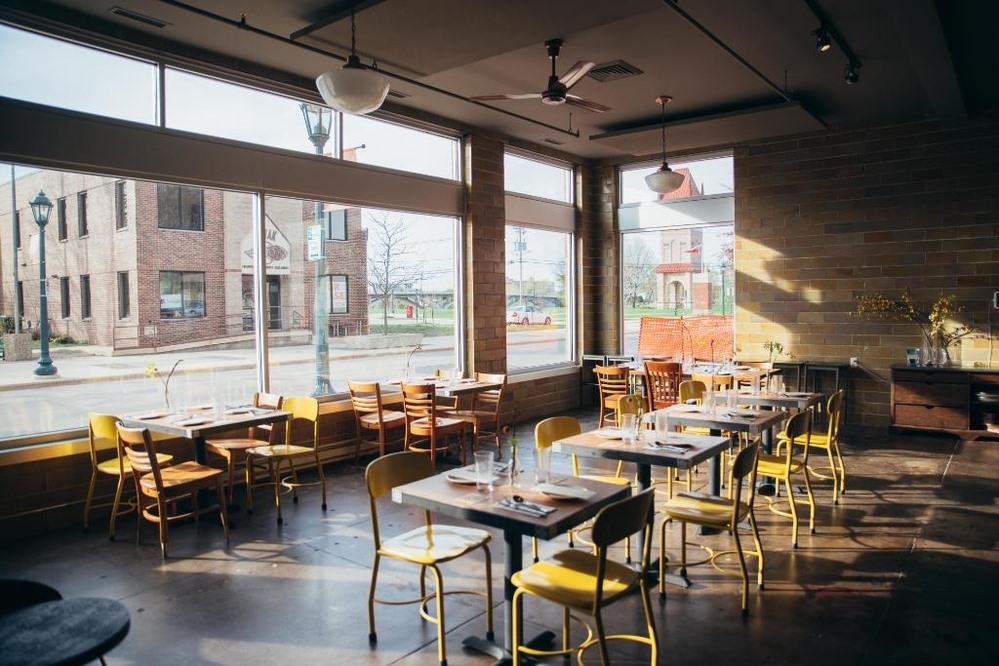 Lion Bridge Brewing Company is located in a structure built in 1938 to house Fritz’s Food Market, a grocery store that served Cedar Rapids' Czech and Slovak community. Between 1963 and the floods of 2008, the building housed Joen’s Brothers Interiors. Post flood, a subdivision of the building allowed Merle Norman Cosmetics and Maria’s Tea Room to operate. In 2012, the building avoided a city buyout and potential demolition and was purchased by the National Czech and Slovak Museum. The building is now a contributing structure to the New Bohemian Commercial District and the brewery's renovation earned Lion Bridge a first-place Preservation Award. 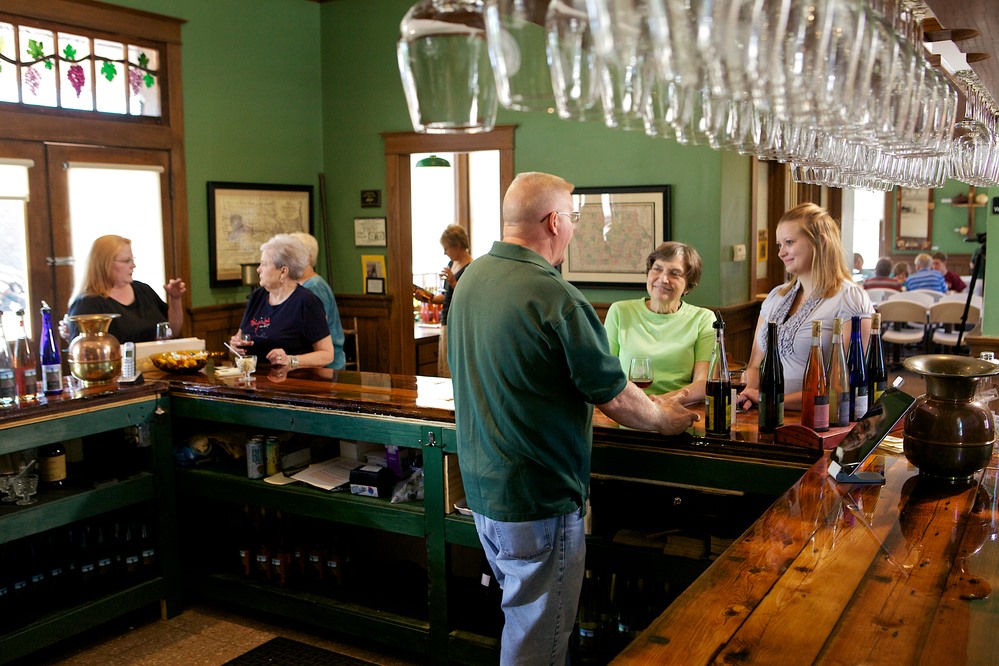 Algona’s Train Wreck Winery is in a beautifully restored 1917 Northwestern Railroad Depot. Like many depots of that time, it was originally built from a kit. After serving as a depot for over six decades, it was used as a clothing store, a flower shop, a porcelain doll shop, and then a home for pigeons, cobwebs and debris before the winery renovated the building.

The vineyard is located on a Century Farm south of town that sits adjacent to the site of a deadly train wreck on the Minneapolis-St. Louis rail line in 1924. The combination of the farm and the restored depot came together through serendipity, but it makes for unique story that’s tied to the area's railroad history. 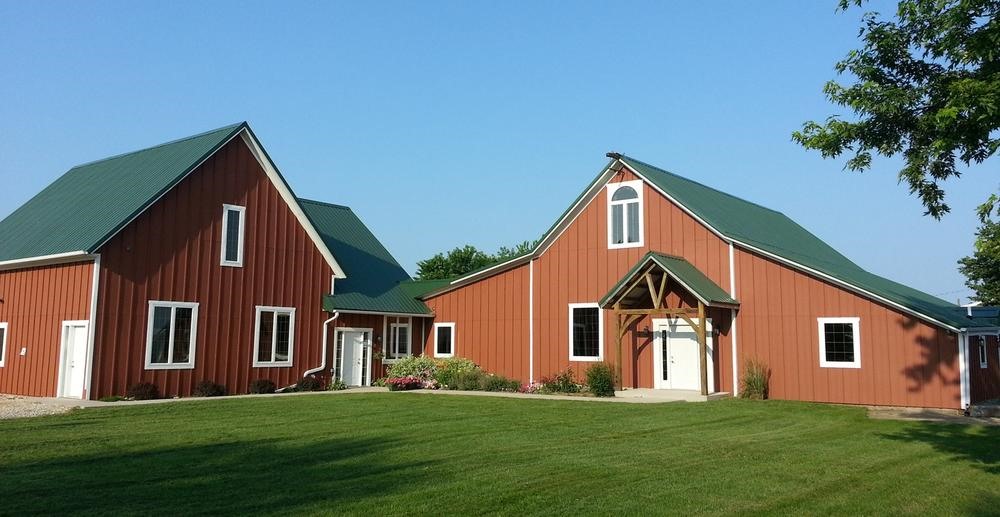 Wooden Wheel Vineyards is located on a family farm near Keota, settled by the owner’s great-great-grandparents. The farm was purchased through a land grant from the government and was established in 1850. The barn, which is now the main portion of the event center, was built in 1860 and expanded over many years. This rural winery is full of rich stories of pioneer life and many of the wines are dedicated to the spirit and adventures of the family’s ancestors. 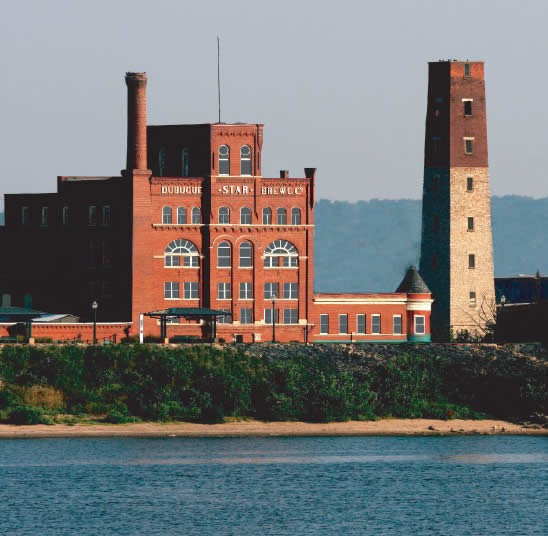 Stone Cliff Winery is located in Dubuque’s historic Star Brewery building, where Dubuque Star beer was brewed starting in 1898. Before Prohibition, Dubuque Star was one of 138 breweries in the state. When Prohibition was repealed in 1933, Dubuque Star brewery was the only one that reopened. In 1971, Dubuque Star was purchased and produced both Pickett's Premium beer and Rhomberg Beer, until it closed in 1985.

A couple attempts were made in the following years to reopen the brewery; however the efforts were unsuccessful and the brewery was closed down in 1999. Stone Cliff Winery moved into the ground floor of this historic building and opened in the summer of 2007. The historic building offers plenty of information about its history, expansive views of the Mississippi River and a taste of wines from Stone Cliff Winery. 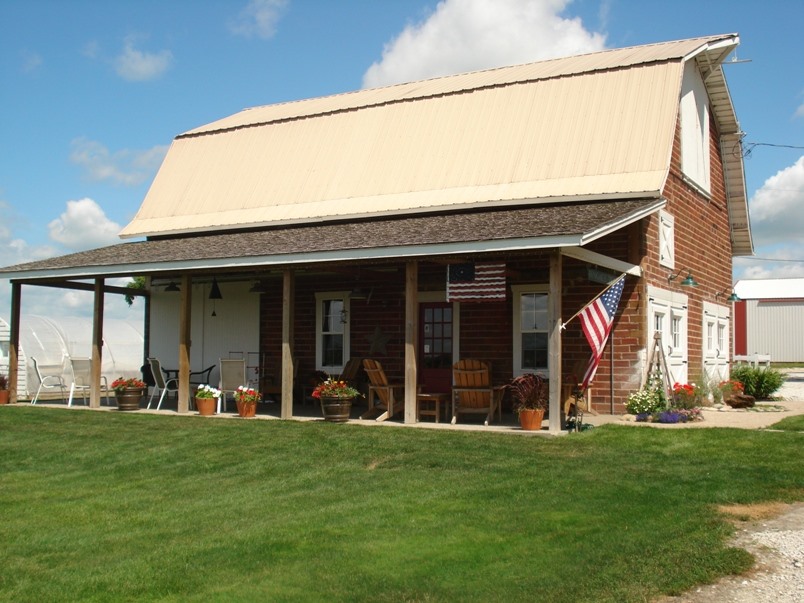 Housed in a circa-1917 clay block barn near Adel, Penoach Winery is full of agricultural history. The barn was originally built as a dairy barn, and in the decades to follow housed pigs, ponies and farm equipment. In early 2006, the owners began reinventing the structure by replacing the concrete floors, framing in a restroom, store room and kitchen area, and adding a stairway to the original hayloft. All were designed to blend with the original architecture.

In 2013, a side room of the structure was revamped to become the "Gathering Room" with a gas fireplace and several pieces of antique furniture acquired by the owners. It's a popular place for small events or to sit by the fire and enjoy a glass of wine.

Another notable structure on the property is the unique round, clay block corn crib. The owner built a stairway entrance so  visitors can walk through and admire the architectural features, like the solid block round silo in the middle and the intricate construction of the interior roof detail. 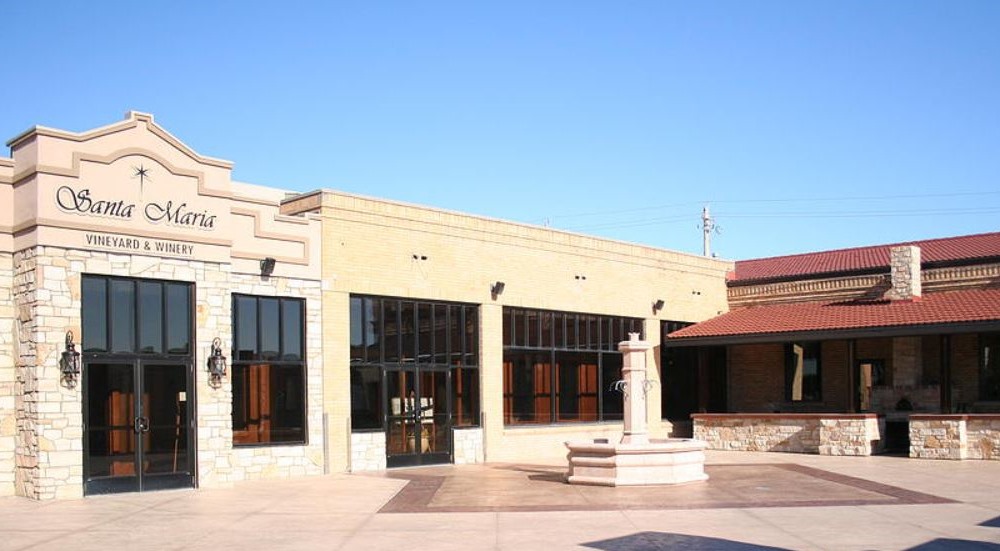 The 1913 building that is now home to Carroll’s Santa Maria Vineyard & Winery was originally a Ford Assembly site. Partially-built Model T's were assembled in the back room, which today holds stainless steel fermentation tanks and French Oak barrels. Finished cars were rolled into the large showroom, now a bustling wine bar.

Although the building underwent extensive renovation, the showroom's original tin ceiling, light fixtures, oak trim and white oak floor can still be enjoyed with a glass of wine. A Tuscan-style courtyard replaces the original parking lot.

A state-of-the-art Events Center has replaced the Automobile Repair Center and is host to large wedding receptions, corporate events, and small gatherings. Adding to its automotive history, Santa Maria is located on the Lincoln Highway. 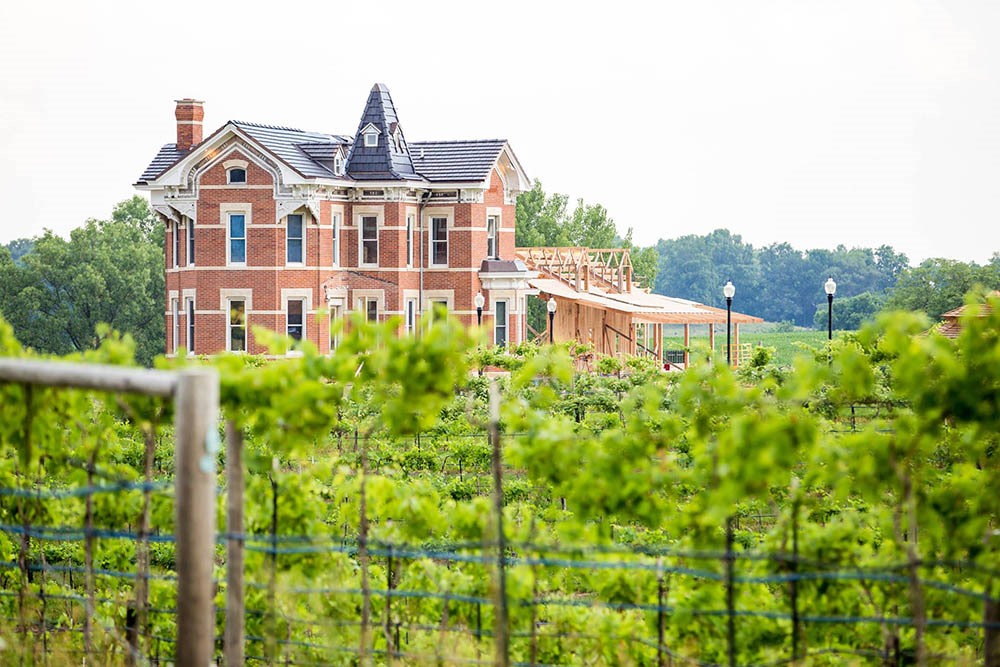 What do you do when the perfect building to house a winery is too far from the vineyards? You move the building! The owners of Buchanan House Winery fell in love with the 16-room Victorian mansion built by businessman Alexander Buchanan in the 1880s. In 2009, the 300-ton building was moved eight miles from its original location to a vineyard near Tipton. The house was renovated and opened as a winery in 2015. The winery now serves a variety of red, white, fruit and sparkling wines from their historic building. While sipping on quality wine, visitors can also stroll the Colonial Revival Garden surrounding the home. The Best of Iowa's Nightlife