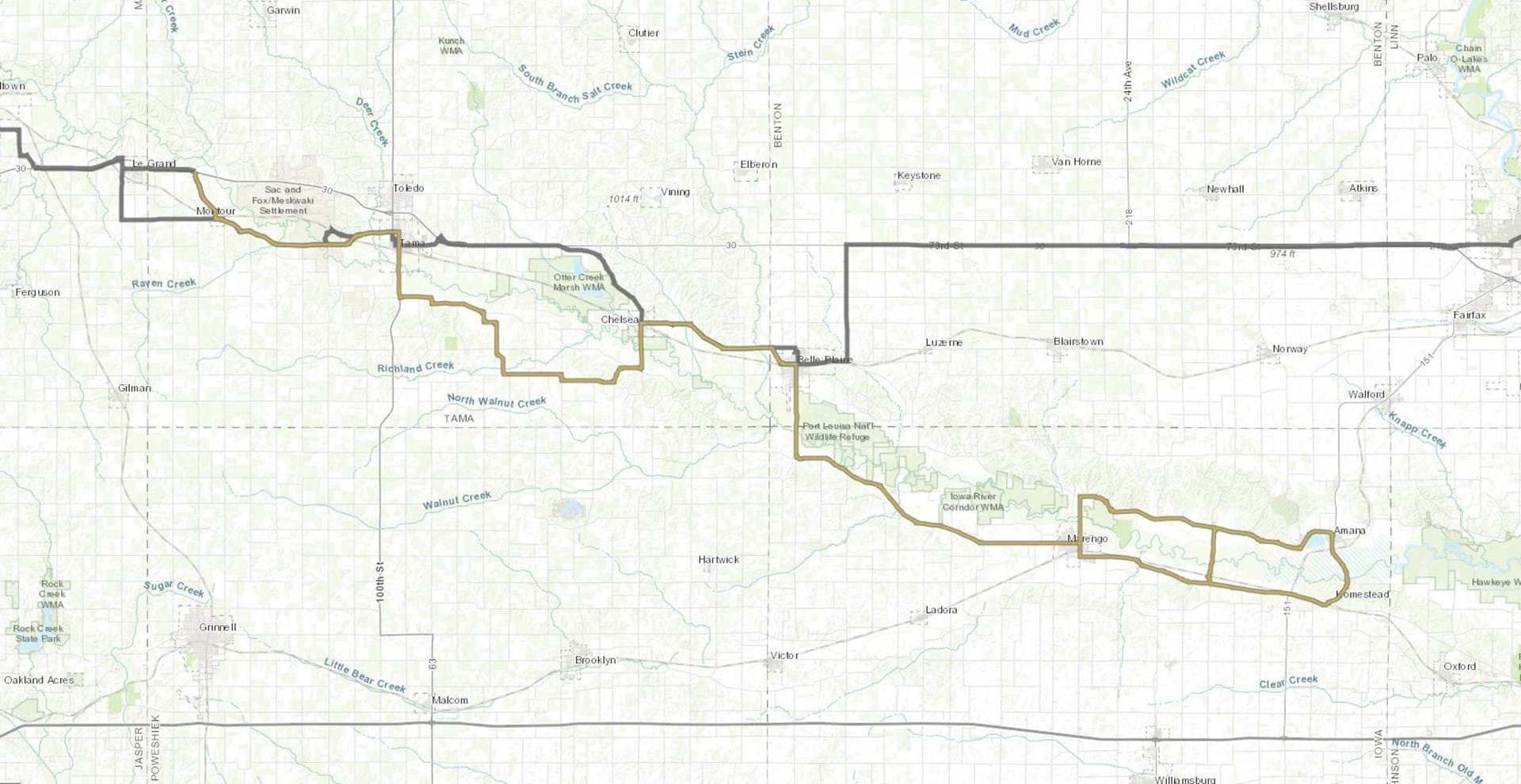 The western end of the byway skirts Iowa’s only resident Native American community, the Meskwaki Settlement. Though most of the settlement is private, you can learn about the history of the Sac & Fox Tribe of the Mississippi from the exhibit space at the Meskwaki Bingo Casino Hotel or by visiting the Meskwaki Cultural Center & Museum. Interactive kiosks show original documents, treaties, and letters. Learn more about the eight Meskwaki Code Talkers called to serve in WWII because of their native language skills. See rare artifacts and clothing on display.

Consider places off the beaten path. Gladbrook’s Matchstick Marvels Museum, Traer’s Salt and Pepper Shaker Gallery, and the Riparian Diorama at Otter Creek Nature Center will impress even the most discerning travelers. The scenic Czech Trail towns of Clutier, Vining, Elberon, and Chelsea are nestled in what locals call the “Bohemian Alps” and are great to explore leisurely on your motorcycle. Be sure to stop at Clutier’s Historic Town Jail, at the end of main street, for a quick picture behind bars.

The Iowa River Corridor is a focus area for conservation and preservation. Spend your day fishing, paddling, bird watching, or hiking. Check out the observation deck northwest of Chelsea that is shaped like an eagle in flight. Visit the Lily Lake at Amana in July to see thousands of blooming American lotus.

Belle Plaine is a transportation hub and you’ll be sure to hear at least one train. It also boasts unique shops, an interactive sound park, the historic Preston Gas Station, Sankot Garage, and the Belle Plaine History Museum. Then loop down to the Belgian Rolle Bolle Court and mural in Victor and the childhood home of Mildred Wirt Benson (better known by her pen name Carolyn Keene, author of the first books in the Nancy Drew series) in Ladora. Check out Marengo’s Carnegie Library, historic Iowa County Courthouse, and Pioneer Heritage Museum & Resource Library which includes an original RR depot.

At the eastern end of the byway are the Amana Colonies which were settled in 1855 by Germans fleeing religious persecution. Start at the Amana Heritage Museum to learn about the 300-year history and get directions to a communal kitchen, the Amana church, and blacksmith shop. See the first microwave prototype developed by the Amana Refrigeration’s founder George Foerstner. Need to refuel? Enjoy the local eats at family-style restaurants. Then take a load off in Iowa’s Largest Walnut Rocking Chair at the Broom & Basket Shop in West Amana. 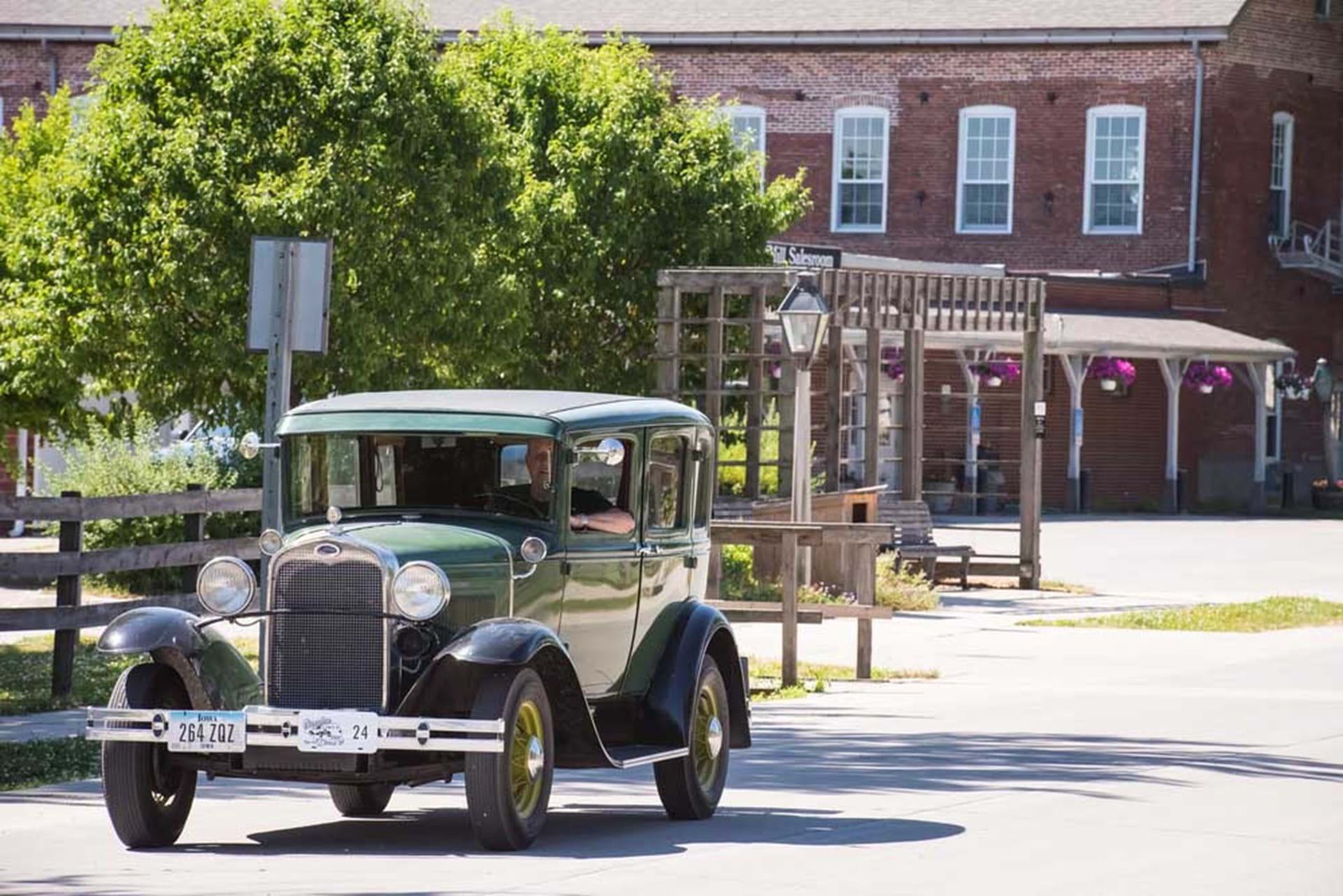 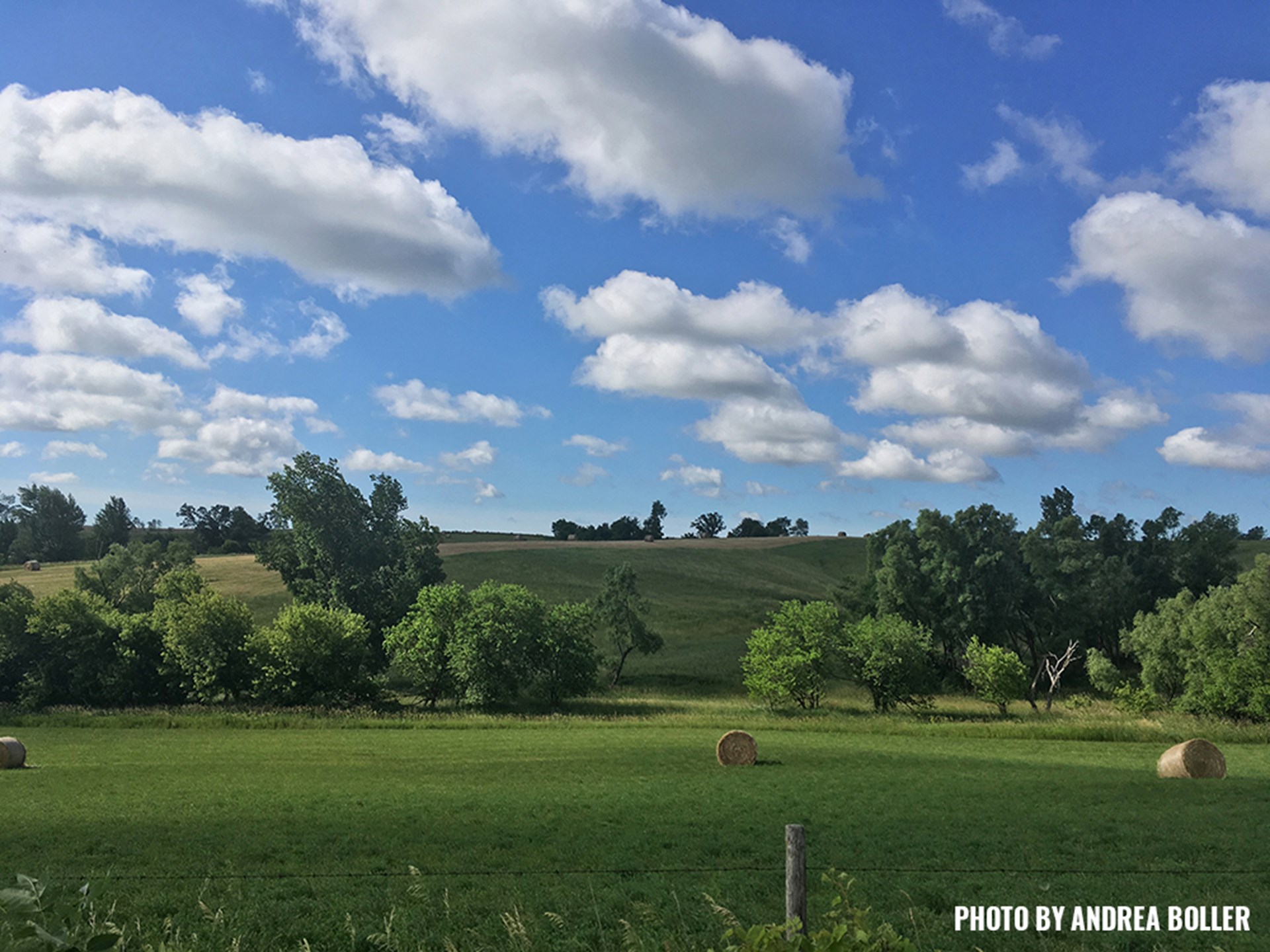 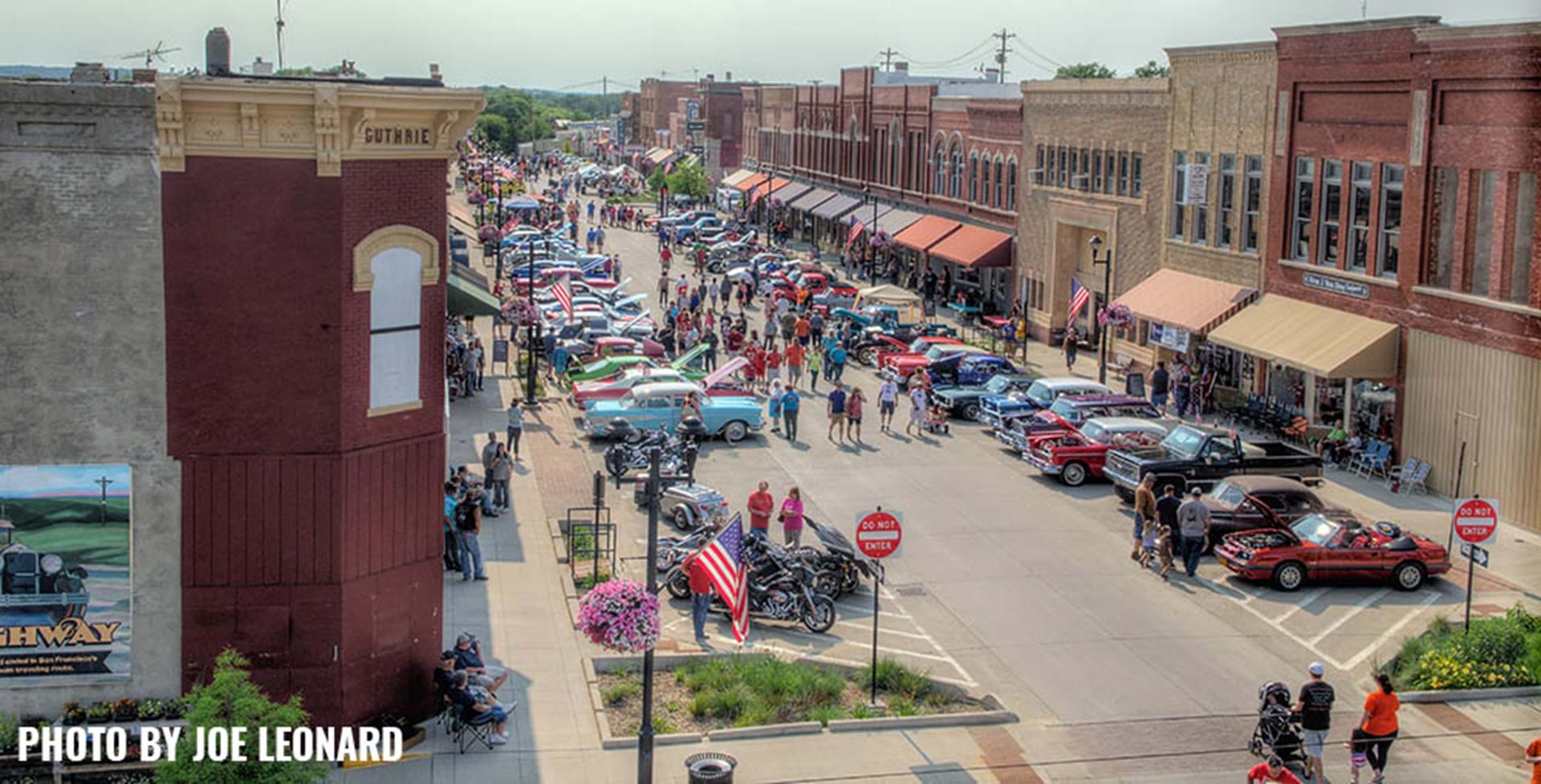 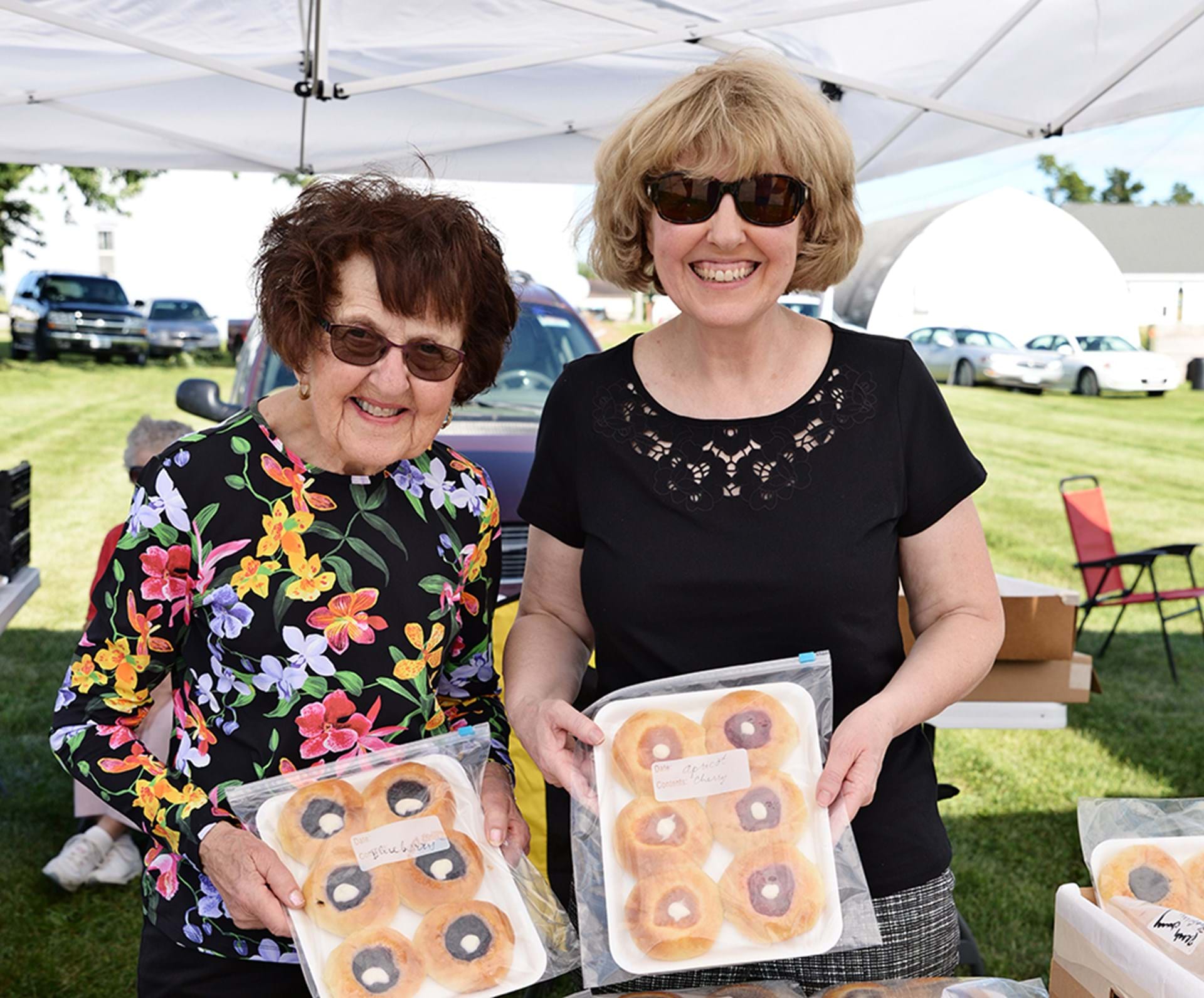