The weather is getting warmer and that means it’s root beer float season! Make these creamy treats the star of your next Iowa road trip with our Root Beer Float Trail. Starting at the Ice Cream Capitol of the World, this trail will take you on a sweet adventure across the state. 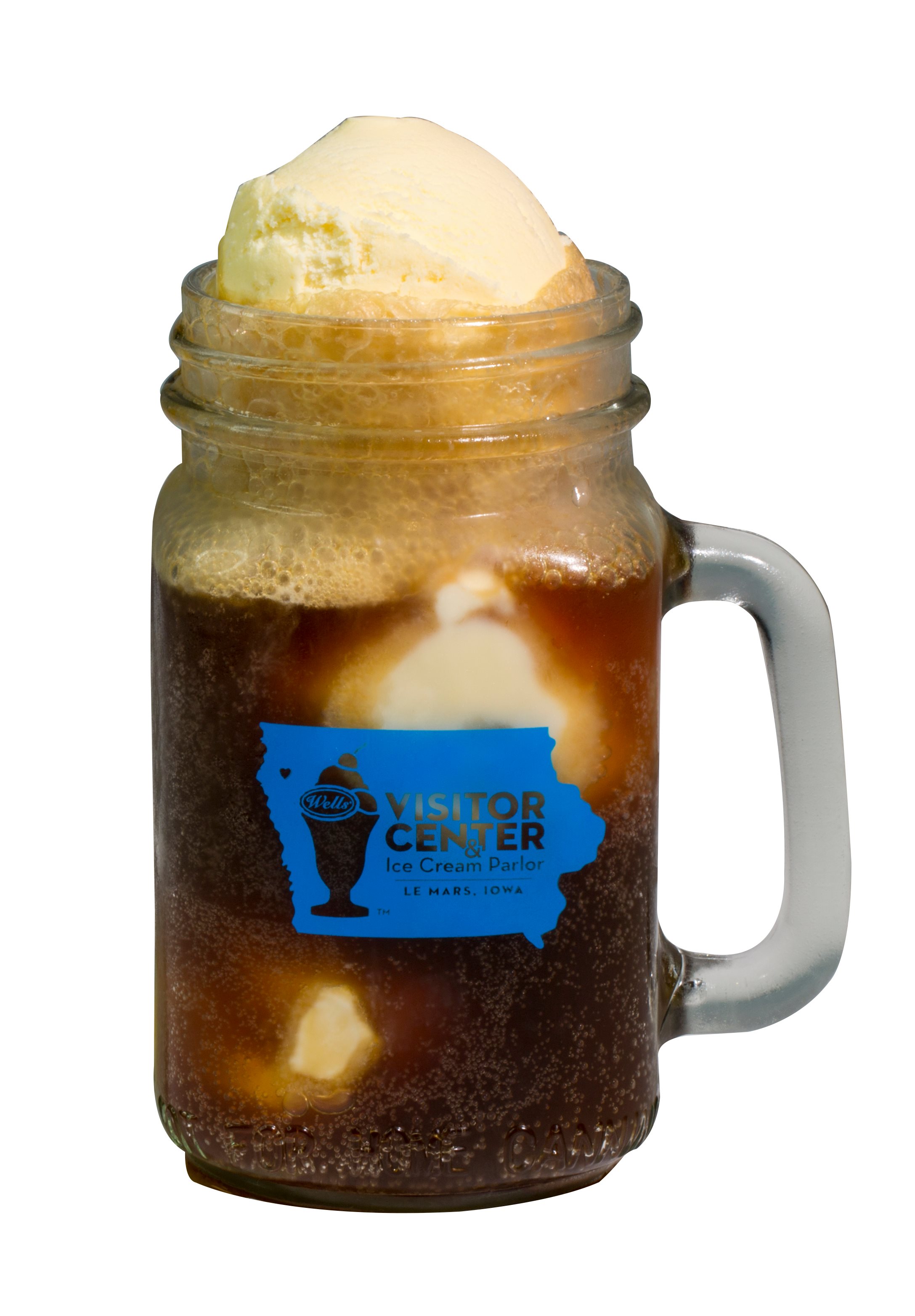 First stop is the Wells Visitor Center & Ice Cream Parlor in Le Mars. Dubbed the Ice Cream Capital of the World, Le Mars lives up to its name. The Visitor Center is an immersive experience with virtual production lines, interactive displays about the ice cream manufacturing process, a theater show on The Story of Wells and a full ice cream parlor. Their Original Root Beer Float features Wells Blue Bunny Vanilla Ice Cream and 1919 Root Beer. Enjoy your float while you check out the views of downtown Le Mars from the second-floor rooftop deck. 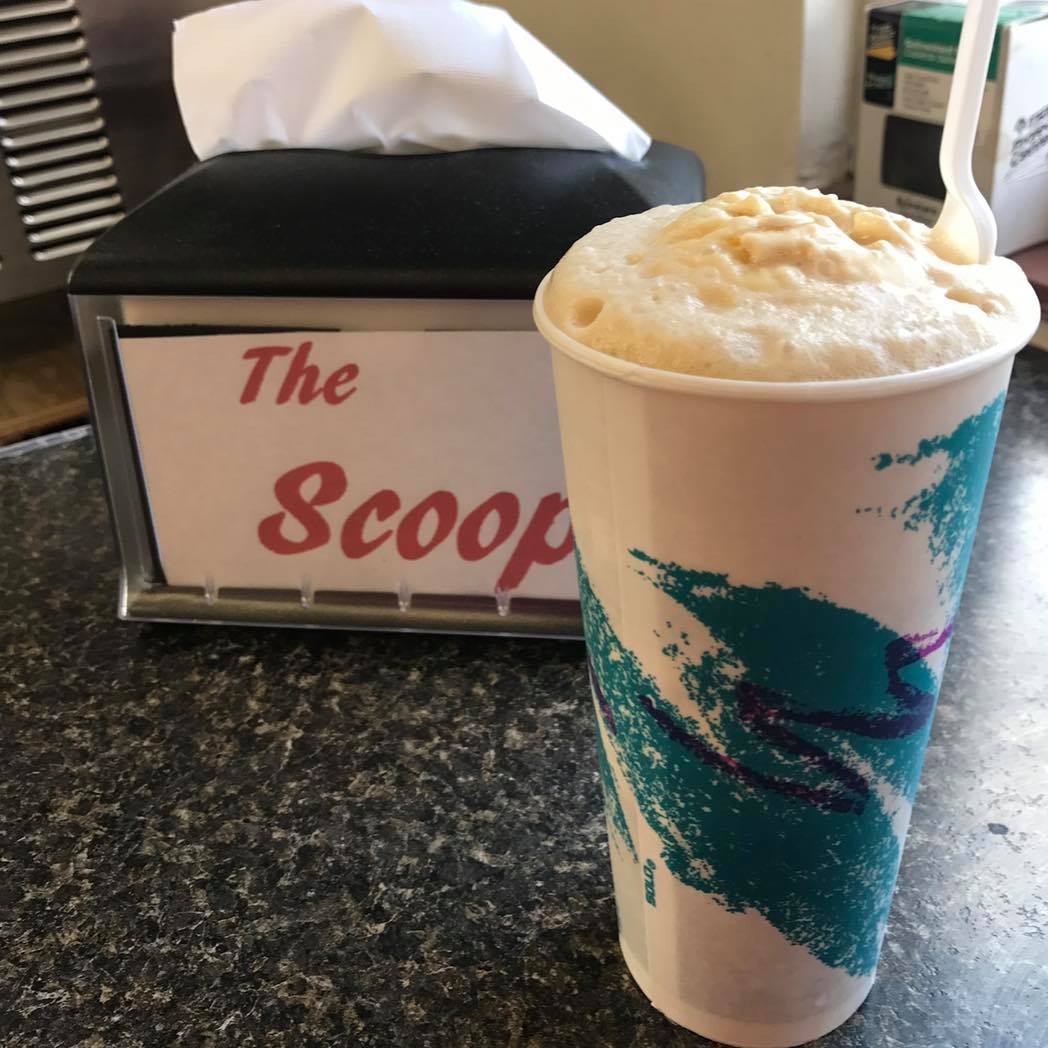 Head 83 miles east to Sac City, home of The Scoop Ice Cream Parlor, serving refreshing root beer floats daily. During the pandemic, the ice cream shop turned its location into a car hop and plans to continue the old-school practice into the summer. The Scoop creates specialty floats weekly, so you can bet they know how to do a root beer float right. 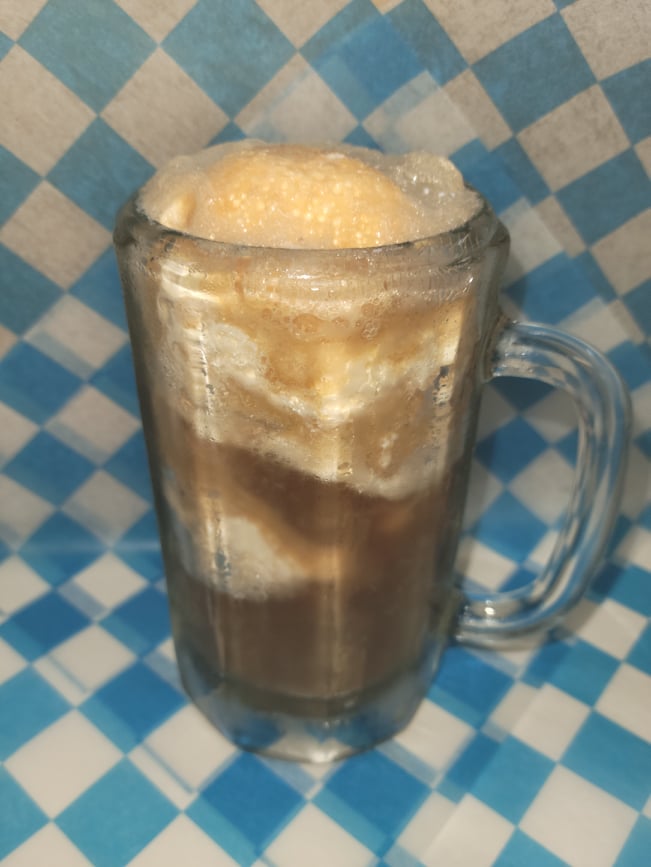 Continue east to the center of the state to Brick Street Market & Café, a locally owned, full-service grocery store and restaurant in Bondurant. Providing both table service and a drive thru, the café offers a deli and gourmet coffees, in addition to ice cream. What makes their root beer float worth the trip is the 1919 Root Beer on tap paired with Wells Blue Bunny Ice Cream, served in a mug. Get your root beer float fix and pick up your groceries for the week. 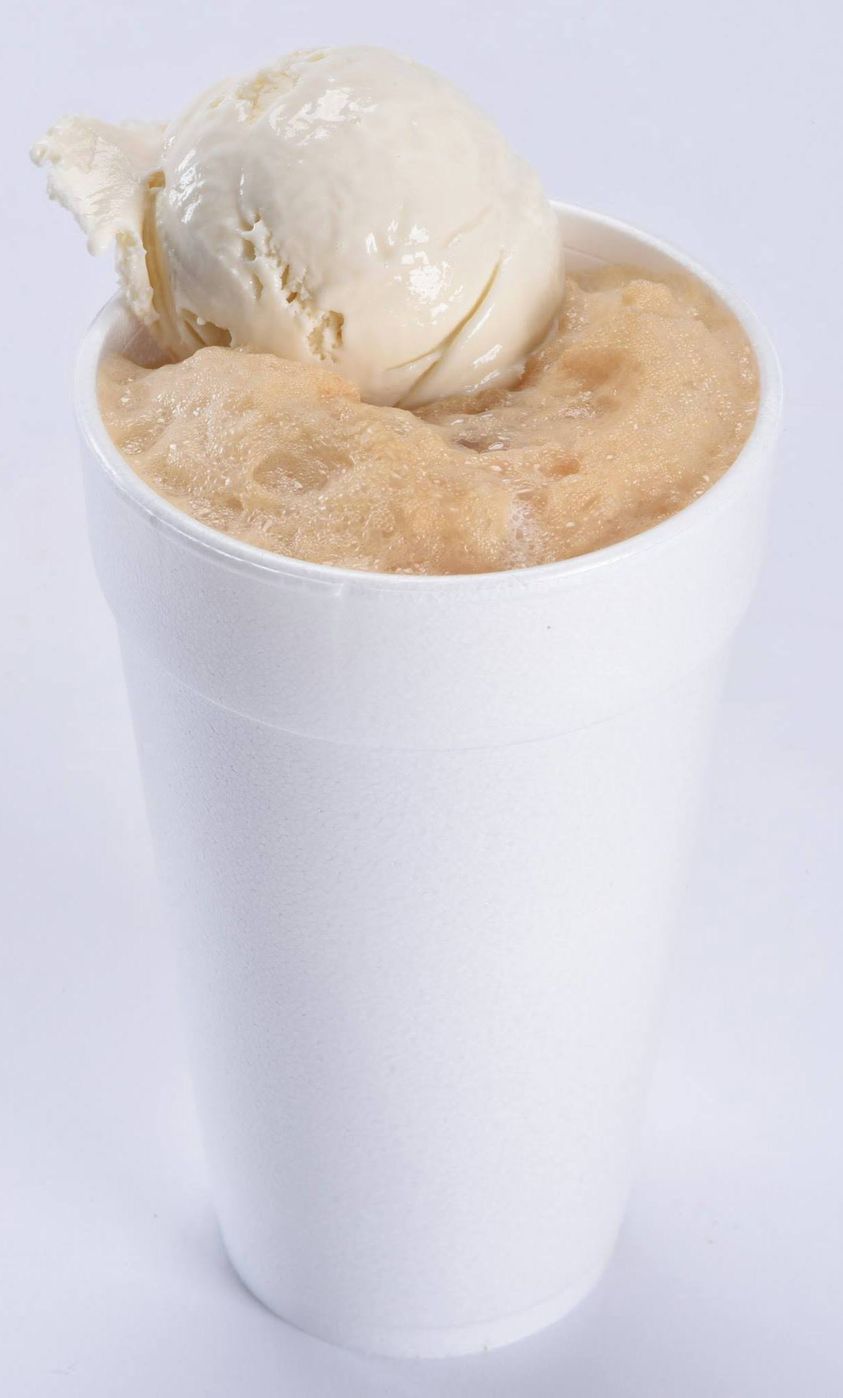 Just 12 miles south is Over The Top in Pleasant Hill, a family-owned and operated ice cream business. Their premium homemade ice cream is made in-store daily with ingredients sourced from Iowa dairies and small businesses. Over The Top’s menu includes more than 36 flavors along with non-dairy and vegan options. Order a traditional root beer float featuring their national award-winning homemade vanilla ice cream. 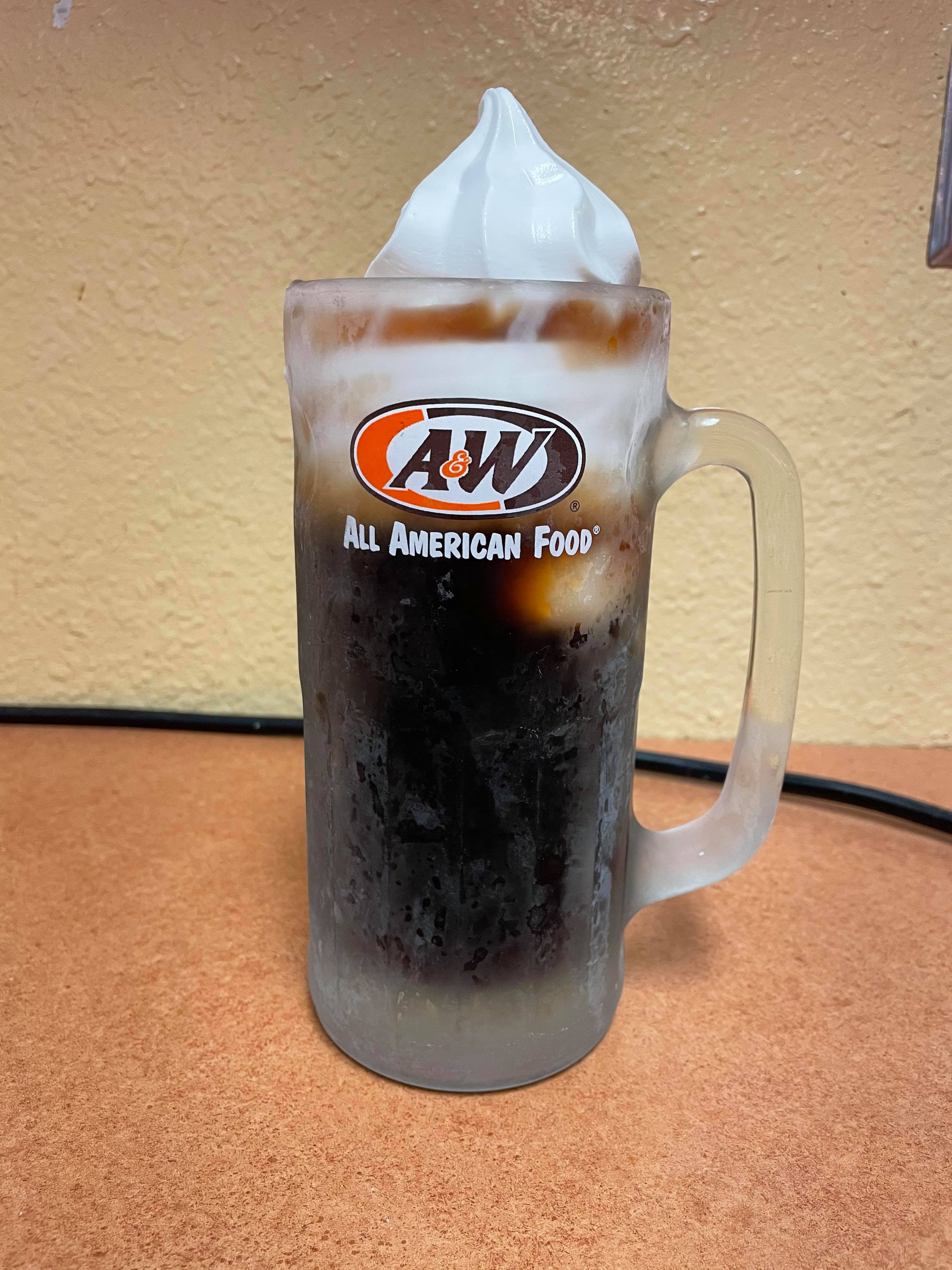 Head further south to Indianola and A&W Drive In, which has been in operation for over 64 years. Offering both drive-in and carhop service, A&W Drive In serves homemade onion rings, rolls and coleslaw, along with the classic burgers and fries. Grab a classic A&W Root Beer Float, served in a frosted mug with their famous A&W Root Beer and soft serve ice cream. 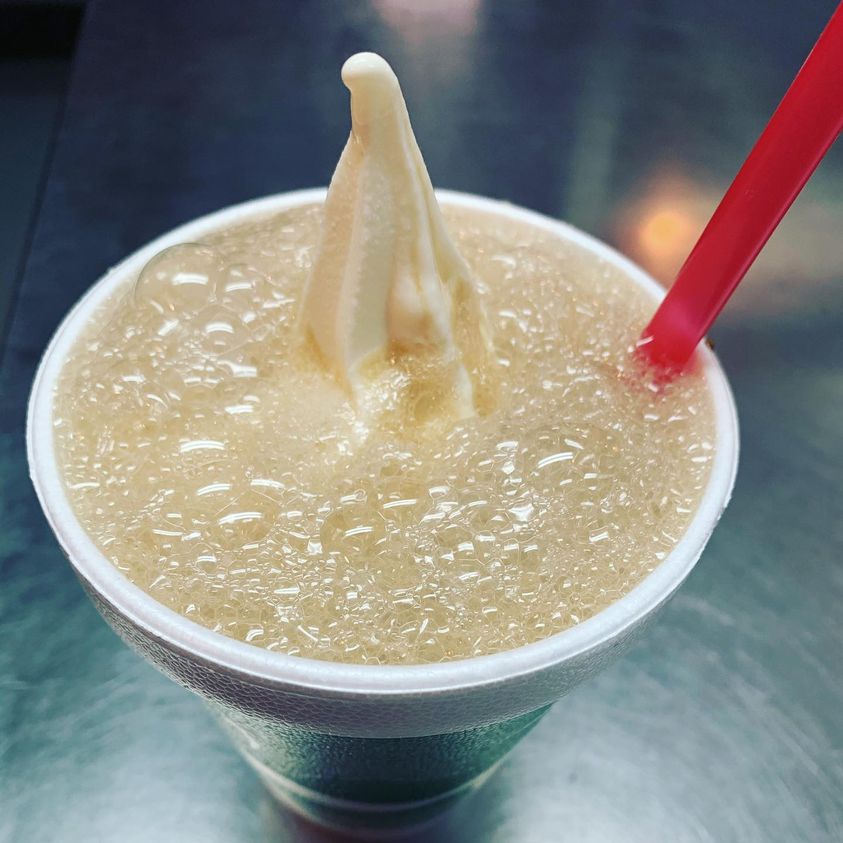 Head east on the Root Beer Float Trail to the Dari Barn in Grinnell. The Dari Barn serves fresh-made specialty frozen yogurt flavors and offers a great selection of sundaes and cyclones. If you’re lucky, you’ll catch the root beer-flavored frozen yogurt, which makes the perfect pairing to any float. While you’re at the Dari Barn, you can also dine from a large menu of fast casual food items and check out the barnyard featuring farm animal sculptures to keep you company while you eat. 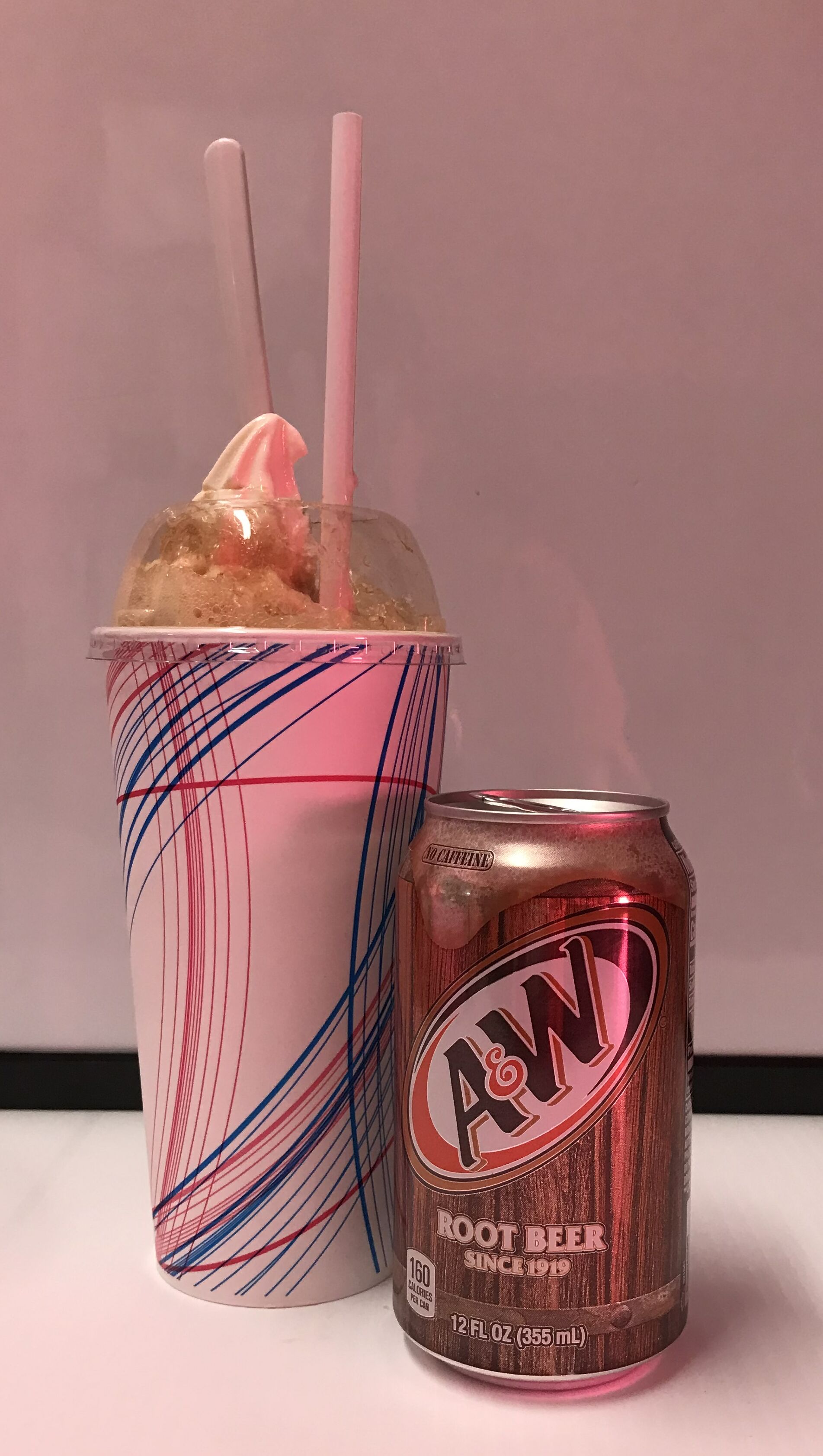 Dane’s Dairy in Iowa City has been a staple since 1960. They have a large selection of cones, sundaes, slushies and more. Their root beer floats are a standout menu item, served with A&W or diet A&W Root Beer. Be sure to plan your visit accordingly – Thursday’s daily special is $1 off root beer floats! 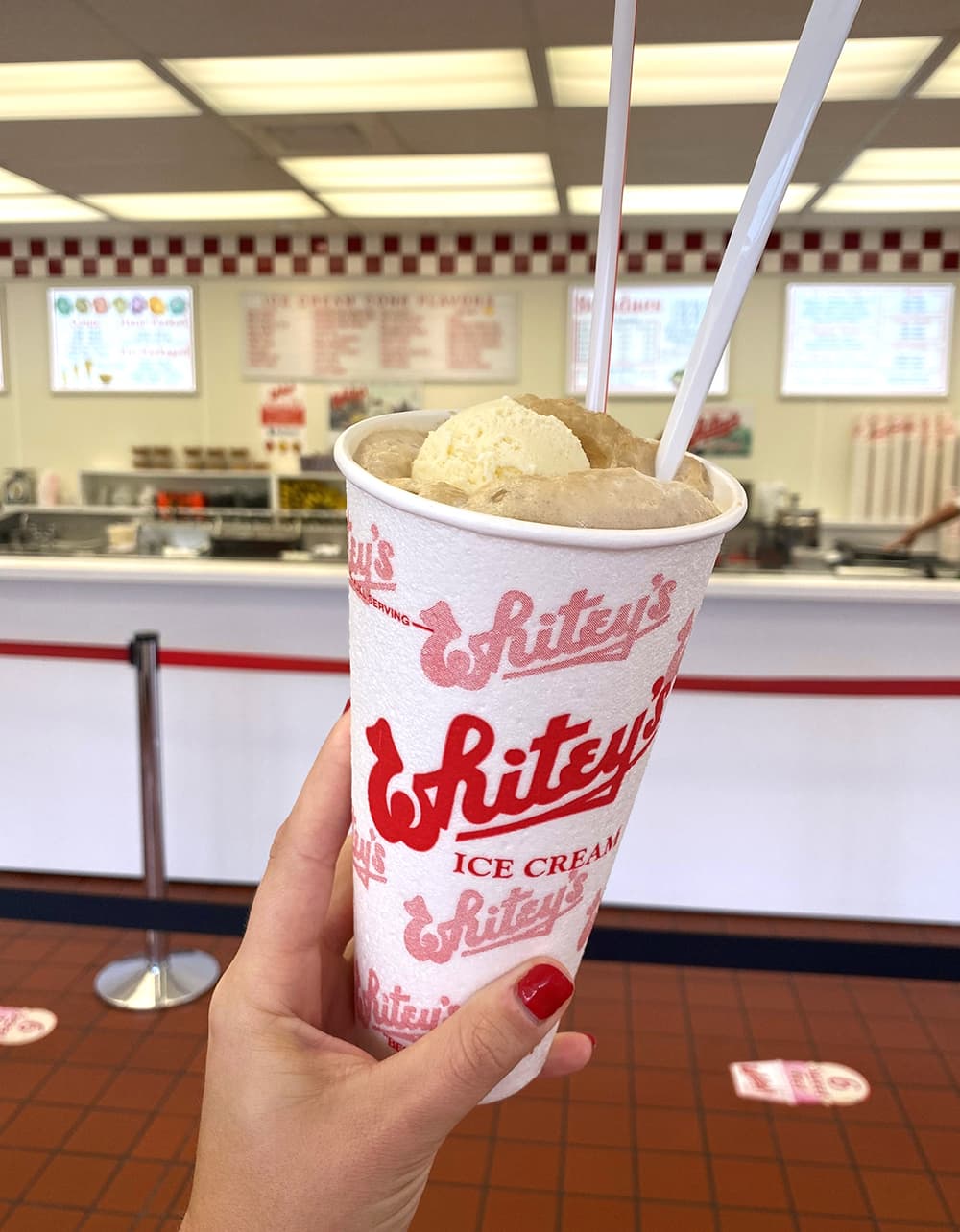 The Iowa Root Beer Float Trail comes to a close along the Mississippi River. Whitey’s Ice Cream, both a tourist and local favorite, has four locations in Iowa and four in Illinois. Whitey’s opened its first Iowa store in Bettendorf before spreading to Davenport, Coralville and Eldridge. You can choose from over 10 different soda floats, but a fan favorite is their root beer float. Their vanilla ice cream is made with an exclusive recipe and the finest vanilla beans in the world. Want to make your own root beer float at home? You can find Whitey’s vanilla ice cream at select grocery stores in the Midwest. 10 Chocolate Shops Worth the Indulgence The Best Pies in Iowa