Proud of its past and focused on the future, Belle Plaine is Benton County's second largest city and a Main Street Iowa community. Offering amenities seldom found in a community its size, Belle Plaine is a slice of Americana alive and well in the heartland. Located in the southwest corner of Benton County just seven miles south of Highway 30, Belle Plaine boasts its own public school system featuring two attendance centers for preschool through senior high students. The Tippie-Mansfield Kirkwood Center provides dual and college credit classes for high schoolers as well as high school completion classes and other offerings for adults.

Named a Main Street Iowa community in 2008, Belle Plaine made history when three years later it embarked on a year-long, $4.5 million downtown revitalization project. At the time, it was the only city in Iowa to have simultaneously tackled green streetscape and facade projects using a single general contractor. Twenty-six of 50 storefronts saw improvements, all done in the context of historic preservation. Main Street Iowa awarded the revitalization effort its top honor in 2013, Signature Project of the Year.

Belle Plaine pulls out all the stops every July to celebrate our country's independence. The fun kicks off July 3 with activities during the day followed by a street dance. The Lions Club hosts an Old Fashioned Fourth of July celebration complete with a parade down the main street followed by a full day of fun and fireworks at Franklin Park.

Founded in 1862 and nurtured by the growth of the railroad, Belle Plaine today is proud and optimistic about its future. Come check us out - you'll see we're more than a whistle stop. 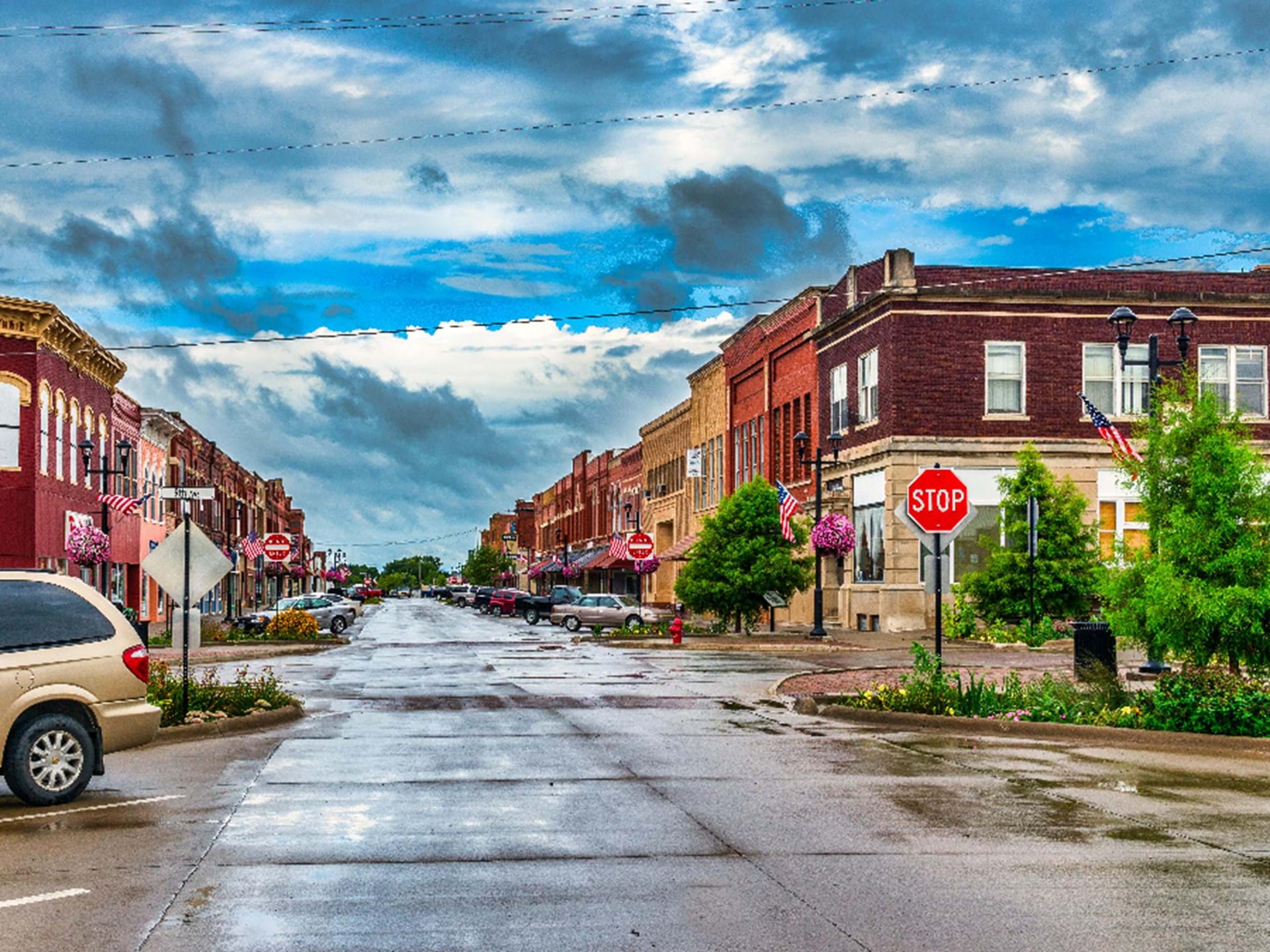