"The home you are about to see is a very special place."

These are the first words heard by any visitor to the Frank Lloyd Wright house in Independence's Cedar Rock State Park, and many claim it to be an understatement. Known as one of the world-famous architect's signature homes, the steel and glass structure features and abundance of windows, an indoor garden and Usonian architecture, offering a unique stop for visitors from all over the world.

Its doors were opened to the public 70 years ago after Lowell and Agnes Walter first set eyes on their new summer home and decided they wanted to share its beauty with the public.

The couple then lived in Des Moines, where they owned the Iowa Roadbuilding Company that specialized in putting heated sealant on roads to harden the surface and maintain the dust. As a result, they were well off and decided to start investing in some farmland. After purchasing the land that is now Cedar Rock State Park, Lowell and Agnes decided it was the perfect spot for a summer retirement home.

They wanted the home to be something special, so they reached out to Wright with a lengthy letter requesting that he design something "nice, but not too extravagant." The response from Wright was blunt and simply said he accepted the project, so the couple set a budget of $50,000.

Throughout the design and building process, the couple started a correspondence with Wright and quickly became good friends. They soon learned of Wright's eccentric personality and quirks as an architect, one of which was the inability to stick to a budget. 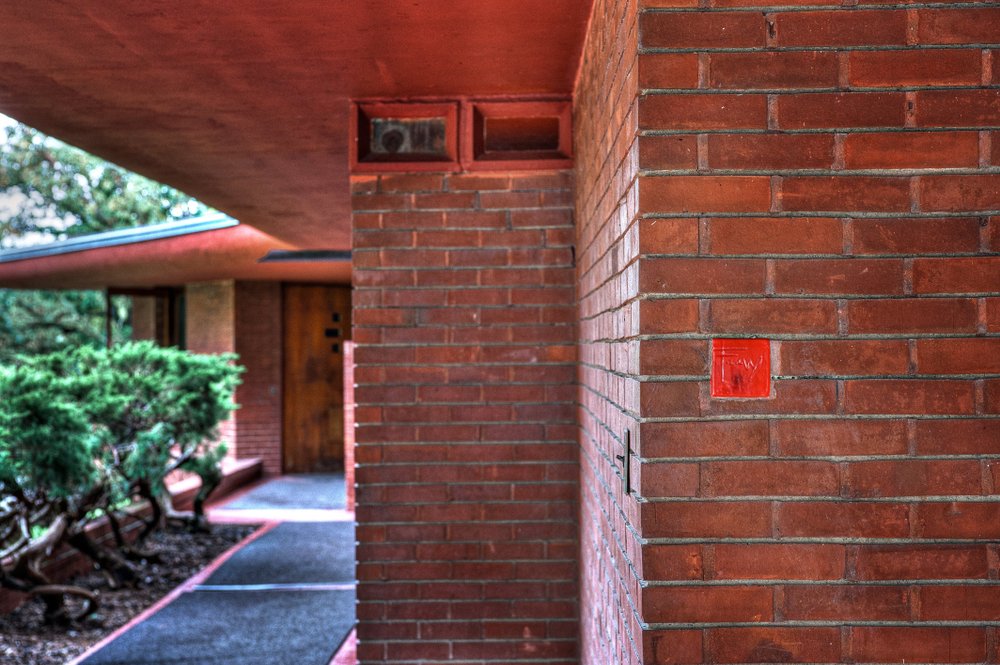 By the time their retirement home was finished, the Walters had spent over $150,000, or nearly $2 million in today's dollars. Though a steep price, the home was more than the couple could have imagined and every aspect of it was designed by Wright, from the architecture to the furniture, flooring and decor to the pots and pans in the kitchen cabinets.

This full design was something Wright rarely did and resulted in the house earning one of his signature red tiles embedded in the home's exterior brick wall. Of Wright's 530 structures worldwide, only 47 of them have signature tiles, and Cedar Rock is the only one to have it in Iowa.

Before embracing Wright's work for themselves, the Walters decided to share the home with the public before moving in.

They hosted two open houses in June of 1950, which drew thousands of visitors from across the Midwest, before officially making the home a private residence. However, the stream of visitors never stopped. Throughout the years of showing off their home to friends, family and even Wright's architectural students, the Walters kept a guestbook on their entrance table for all to sign.

Today, that same guestbook still sits on the entrance table. In fact, when Agnes left the home in 1981 after the passing of Lowell, she took very few possessions. In order to correctly maintain the home for public use and to continue sharing Wright's work, the Walters donated the 11-acre estate, the house and its contents to the Iowa Conservation Commission.

Now drawing more than 10,000 visitors each year, stepping into the Cedar Rock house is also taking a step back in time. Along with the guestbook, the Walters left clothes in the closets and Agnes even abandoned a pair of glasses on the bedroom nightstand.

A visit to this time capsule includes a tour of the home and the option to explore the now 426-acre estate of forest and prairieland and a small rental space for artists or writers in the property's newly renovated boathouse.

Whether an avid fan of Frank Lloyd Wright's work or simply a Midwestern road tripper passing through on Highway 20, Cedar Rock State Park offers a fun and educational stop for visitors of all ages.