When most people think of Iowa, they think of its extraordinary agricultural productivity. But above those fertile fields is one of the nation's top spots for birdwatching. And for those who love to watch bald eagles, Iowa may be the best place this side of Alaska. 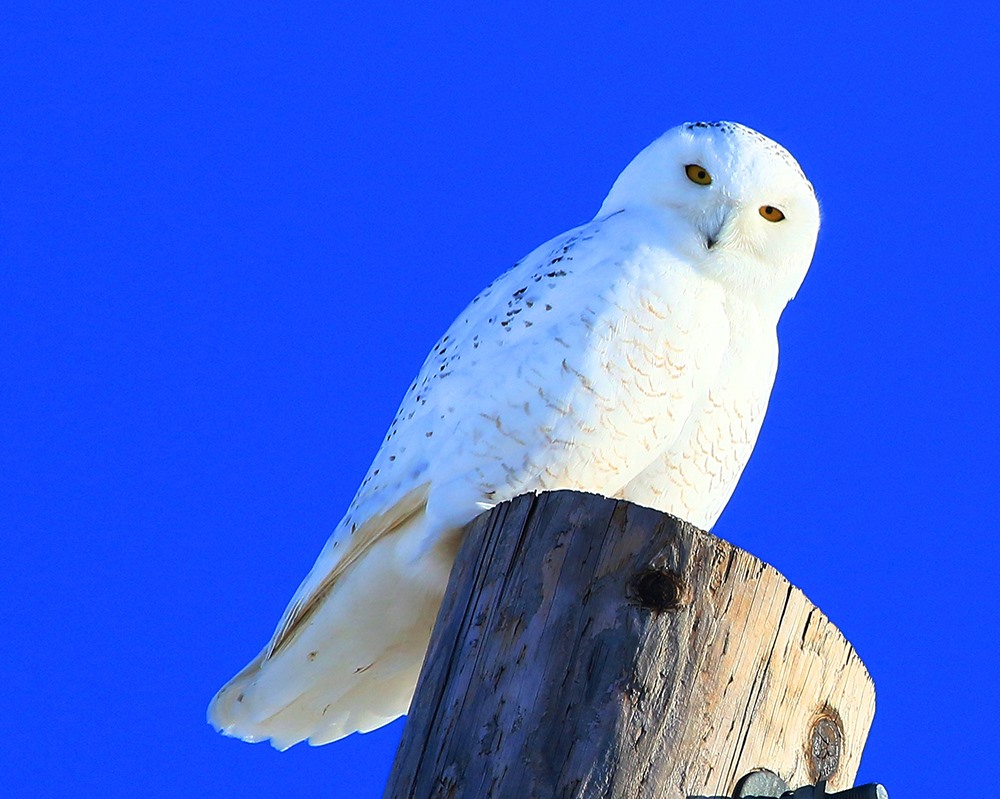 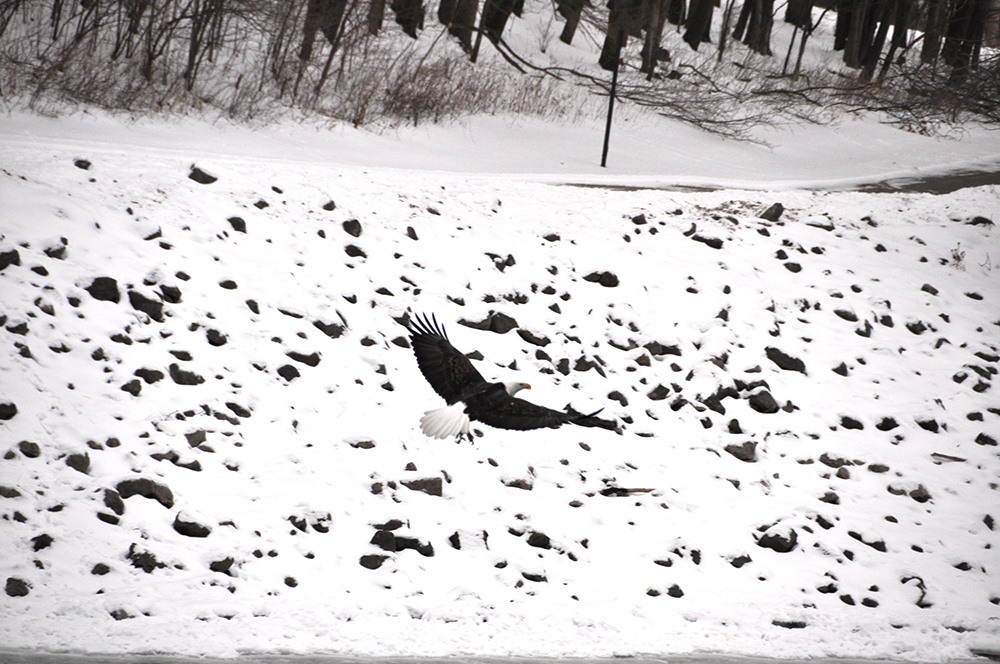 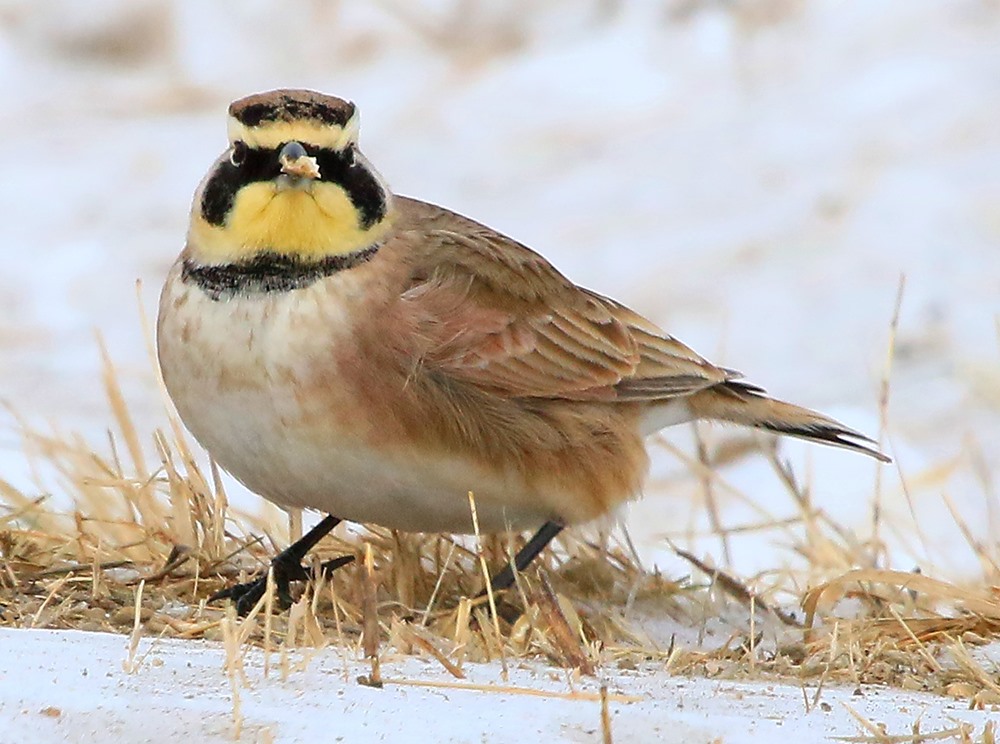 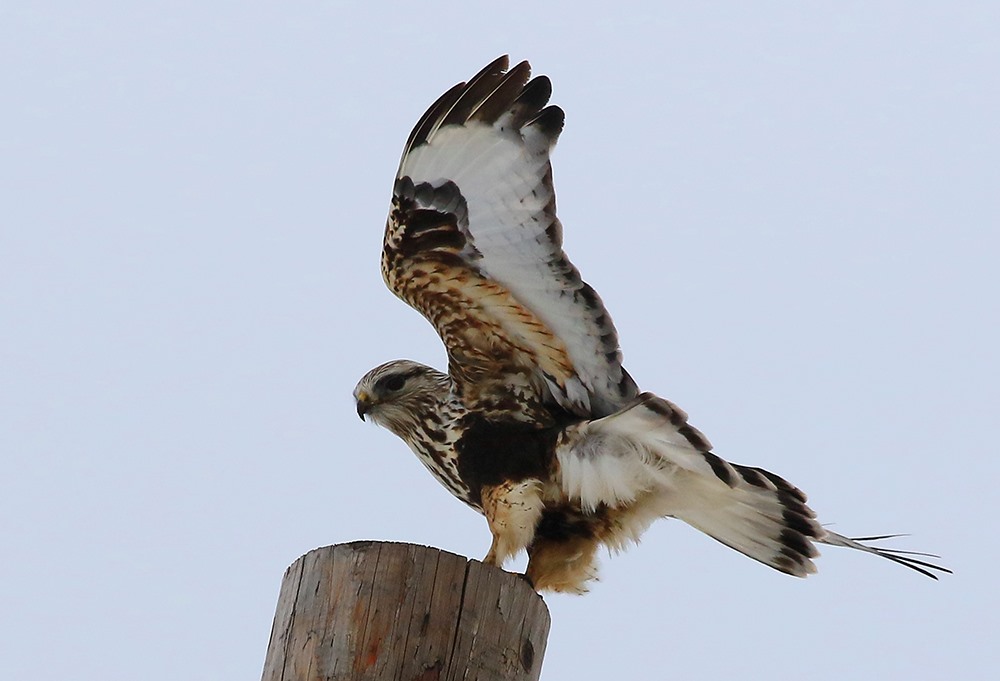 "The Mississippi River is one of the major migration pathways, both spring and fall, through North America," said Doug Harr, president of Iowa Audubon. "We get a lot of birds that stop here in Iowa on their way north or south."

"What we're starting to see now are birds we don't see the rest of the year," Harr said. Several rough-legged hawks and snowy owls that nest in the arctic tundra, as well as white-winged and red crossbills from the Northwoods or Rocky Mountain states, have descended on Iowa in search of more abundant food sources.

A Haven for the Bald Eagle 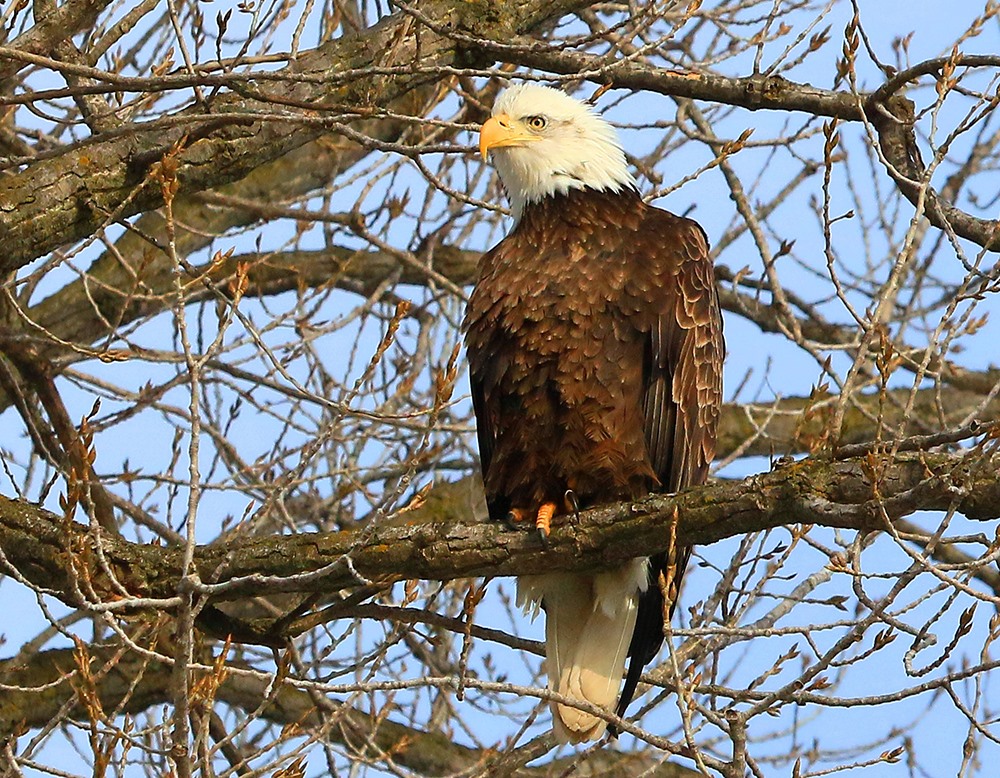 The same holds true for the majestic bald eagle. Nearly extinct 35 years ago, Iowa and western Illinois are the permanent home for more than 500 pairs of eagles and the winter home for as many as 5,000. Southeast Alaska is the only location in North America that hosts more bald eagles during the winter. Harr said the birds are attracted here because open waters below the dams along the Mississippi, Des Moines, Iowa, and Cedar Rivers provide eagles easy access to fish.

The bald eagle populations have spurred considerable tourism to the state among birdwatchers who have never seen eagles in their natural winter habitat. Harr recalls meeting a family from New Jersey who traveled to a Bald Eagle Festival in Keokuk recently just to view the majestic birds.

The Iowa Department of Natural Resources is supporting bird enthusiasts by identifying the best locations for bird watching in the state. Not quite the same as a biking or hiking trail, the three birding trails are essentially driving routes that link prime birdwatching spots:

"These are great places to go find breeding birds during the summer nesting season that may go to South America during winter and maybe birds that come down from the North Country to spend the winter as well," Harr added. 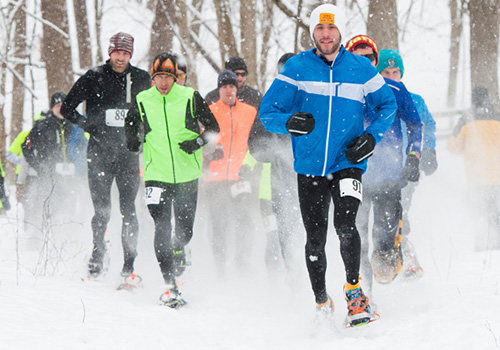 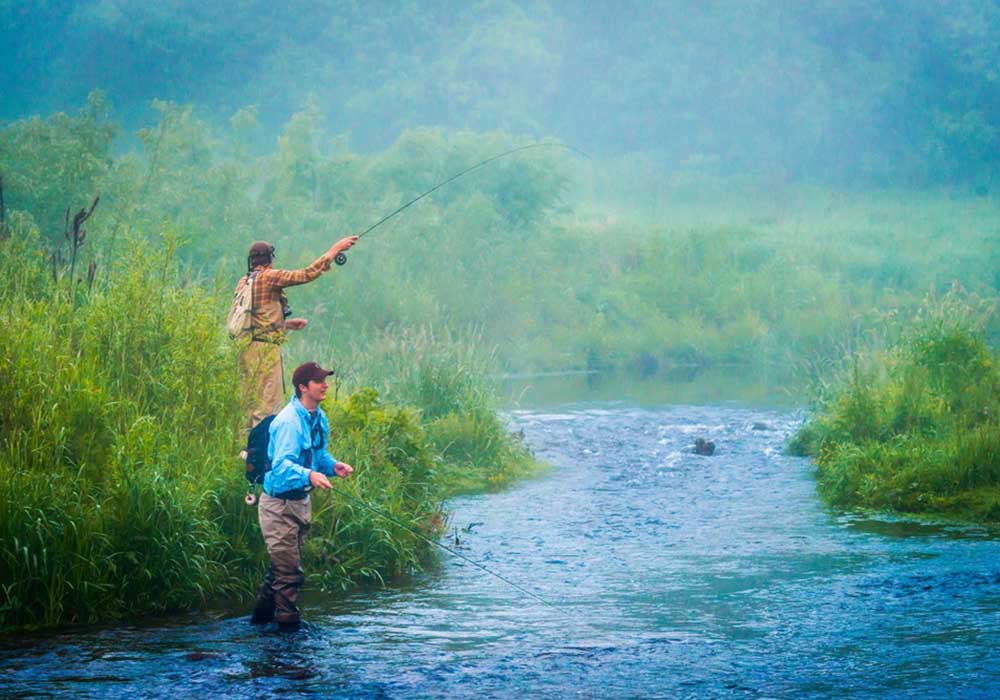 Trout Amid the Cows and Willows: Fishing Iowa's Driftless Area 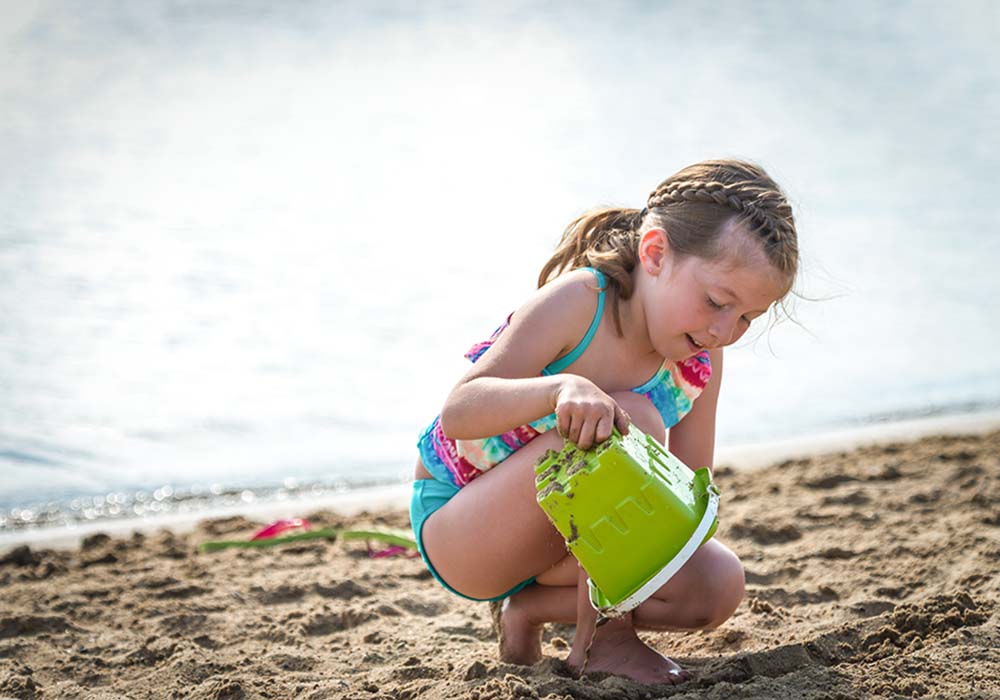 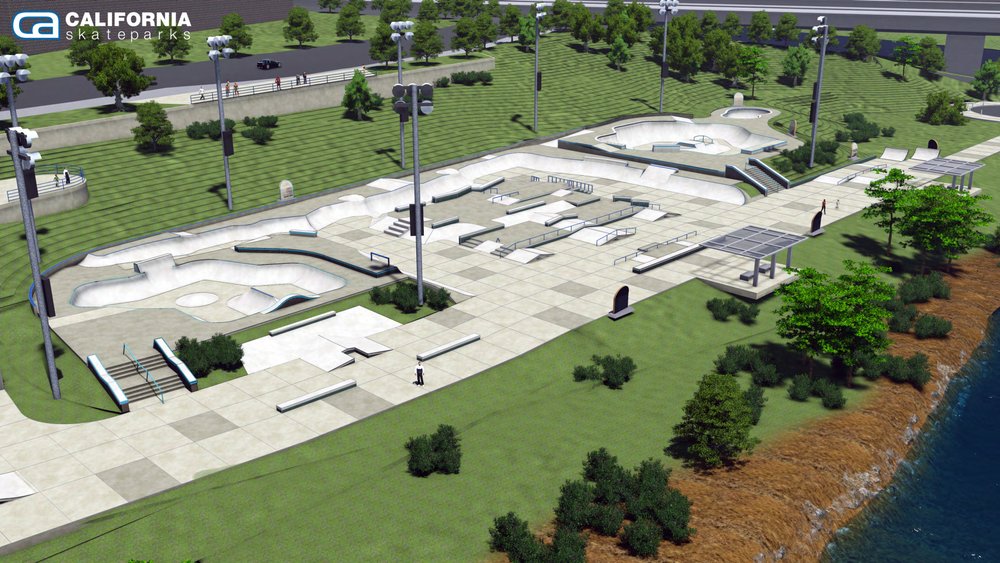